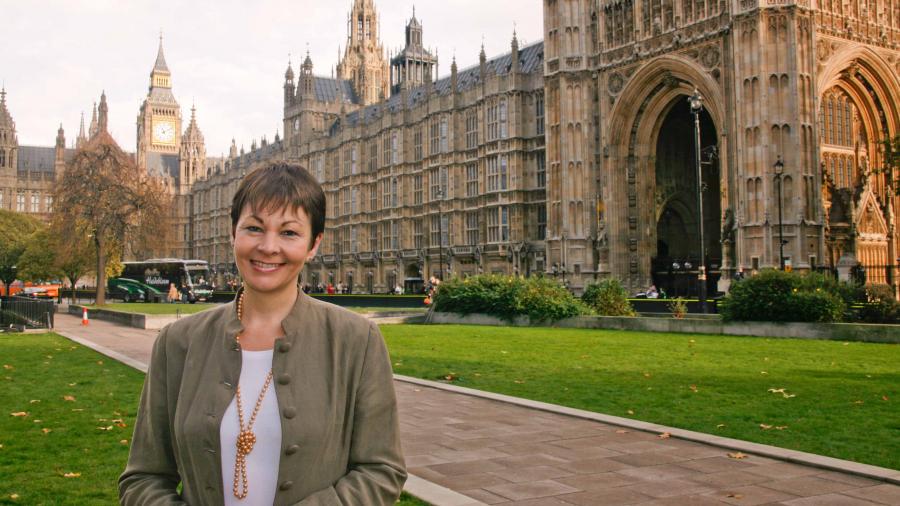 The Government has shown killer complacency on cold homes in its Autumn Statement, Caroline has said.

While she welcomed some of today's Autumn Statement announcements, Caroline said the Government’s energy policies had been ‘defined by chaos and contradiction’.

Caroline, Co-Chair of the All-Party Fuel Poverty and Energy Efficiency Group, slammed news that none of the Treasury’s planned £100 billion investment in infrastructure over the next Parliament would be allocated to measures to tackle fuel poverty - noting that allocating just two per cent of the Government’s current annual £45 billion infrastructure budget to housing retrofit would allow half a million low income homes to be made highly energy efficient every year.

The Government had displayed ‘wilful ignorance of the overwhelming fiscal, human and environmental benefits of energy efficiency* - and the consequences for families and the NHS are plain to see’, she said.

She added: "People are freezing in their homes and it’s preventable. Cold homes cost lives and cost our NHS – to the tune of well over £1bn a year. The UK’s woefully draughty and energy-inefficient housing stock is an urgent infrastructure priority. It makes no human, environmental or economic sense to ignore, but it’s exactly what the Government is doing.

“A nationwide super energy-efficiency drive would lower household energy bills, hugely contribute to job creation and the economy, as well as being essential for carbon targets. It’s a win-win – the Government’s continued inaction flies in the face of all common sense.”

On the Government’s flood defence announcement, Caroline said: "Families have been devastated by flooding and investment in proper flood protection is critical. But the Government is offering a disingenuous, feel-good fix – dig just a little, and it’s perfectly clear that this spending falls far short of what’s actually necessary to protect homes and businesses from increased flood risk due to climate change. We also need prevention – we need concrete action and investment to tackle the roots of the issue, including climate change. This is just another example of the Government’s persistent failure to climate-proof the flooding budget.”

Caroline said: “The extent of tax avoidance, tax evasion and unpaid tax in the UK economy is staggering," adding, "the Government’s apathetic policies on corporate tax avoidance have smacked of elitist double standards. Corporate tax dodgers are allowed to get away with not paying their fair share in society, while workers and small businesses are left paying the price. Today’s announcement was a small step in right direction - but if we’re serious about stamping out tax avoidance, we urgently need full tax transparency.”

Caroline, a Federation of Small Businesses Parliamentary Champion, has long called for the small business rates relief scheme to be expanded - which would benefit hundreds of businesses in the city - and tabled an EDM on the issue two years ago.

She welcomed the Chancellor’s acknowledgement today that the business rates system wasn’t working, but added that, whilst a review was welcome, we also needed swift, positive action - now.

She said: “We need policies with teeth - bold plans that deliver real change for small businesses on the ground.  The vast majority of businesses in my constituency are small or micro-level, and they’re are the backbone of our local economy. As well as forming part of community life, they provide valuable services and jobs. The business owners I meet in Brighton Pavilion tell me they’re struggling with business rates. This Government says it’s pro small business, so that needs to be reflected in its policies.

“We need the local business rates relief to be expanded to benefit more small businesses, which are being crippled by high rents and high rates. The Government has dragged its feet on this for years– and a review is welcome. But Brighton’s businesses need action, now.”

Caroline said: ‘The Fracking sovereign wealth fund is a cynical gimmick. The best thing for the economy and the environment is super energy efficiency, properly insulated homes and investment in renewables.’

Caroline said: ‘The people did not cause the financial crash and they should not be punished for it. It’s time to expose the lie is that there is no alternative to austerity.’

A new report from Cambridge Econometrics and Verco, Building the Future, notes that an ambitious energy efficiency investment programme would boost the UK economy by: