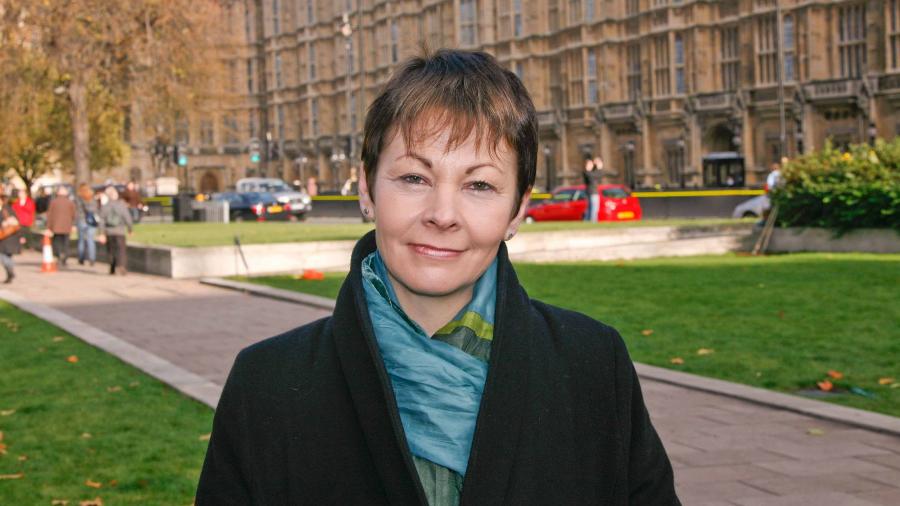 Caroline has called on the Chancellor for an end to ‘apathetic policies’ on tax avoidance, ahead of tomorrow's Autumn Statement.

It coincided too with a new ComRes poll for Christian Aid and ActionAid. The Poll found that more than four in five British adults believed tax avoidance by large companies was morally wrong even if legal – and 80% of people agreed it was too easy for large companies in the UK to avoid paying taxes.

Lucas called on the Government to crack down on tax avoidance, which remained rife, she said, despite recent international efforts, and some progress, at the G20 – and left ordinary workers and small businesses paying the price.

“The extent of tax avoidance, tax evasion and unpaid tax in the UK economy is staggering,’ she said. ‘If the Government displayed a fraction of the diligence and determination toward tax dodgers as it did toward those defrauding the benefits system, the UK would be tens of billions better off.  Instead, corporate tax dodgers are allowed to get away with not paying their fair share in society. Its apathetic policies on corporate tax avoidance has smacked of elitist double standards.”

Backing ActionAid and Christian Aid’s calls, Lucas said there must be a commitment to changing current tax rules to ensure an efficient and fair tax system that encouraged compliance. The impact of corporate tax avoidance on developing countries must not be overlooked, she said. The world’s poorest countries lose billions of pounds to it every year – funds that could otherwise be used for schools, hospitals and other crucial services. She isn’t alone – the ComRes Poll found that 73% of British adults believed the government should legislate to discourage UK companies from avoiding tax in developing countries.

On the expected pledge to get tough on tax scammers, and inclusion of new measures such as the nick-named ‘Google Tax’ to be included in the Autumn Statement, she added:  "We don’t want headline-grabbing election fodder. We want blueprints. We need policies with real enforcement that deliver real change on the ground. The Chancellor must demonstrate how such a pledge would work in reality, and the Opposition must play its part in holding the Government to account on it.”

Despite Government assurances on tackling tax evasion, the UK Tax Gap in the last financial year rose by approximately £1billion to £34bn. However, the actual figure was estimated to be as high as £119billion from 2013-14, and rising. Taking just the lower figure could pay for around 70 state of the art hospitals every year. Lucas added that, despite the Government’s tough talk, swingeing cuts to HMRC were undermining efforts to clamp down on tax evaders.

Caroline is Vice Chair of the Parliamentary Group for International Corporate Responsibility: Business, Human Rights and the Environment and a Parliamentary Champion to the Federation of Small Businesses (FSB)

Caroline has highlighted several other priority areas – Clean energy, Sustainable transport, Local tourism, and Fuel Poverty – which she would like to see addressed in the Autumn Statement. For more information on these, please email or phone on the contact details above.

You can find out more about ActionAid here

You can find out more about Christian Aid here