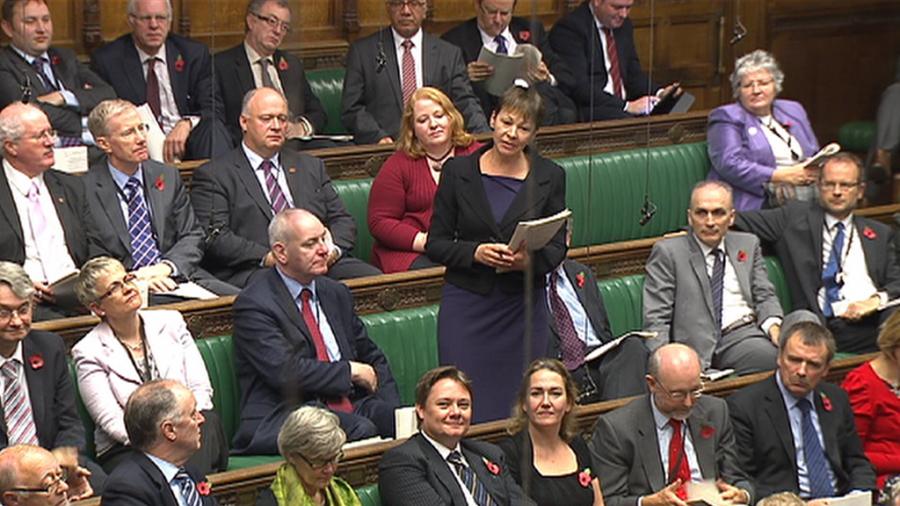 No excuses for killer complacency on fuel poverty

The public is paying the price for Government inaction on fuel poverty, Caroline has said.

She has called on Chancellor George Osborne to commit to investment to make UK homes super energy efficient.

There was no excuse left for the Government’s killer complacency on the cold homes crisis she said, highlighting the ‘overwhelming’ fiscal, human and environmental benefits of energy efficiency.

The Government had displayed wilful ignorance of such benefits – and the consequences for families and the NHS were plain to see, she said.

In a letter to the Chancellor ahead of this week’s Autumn Statement, Caroline, Co-Chair of the All-Party Fuel Poverty and Energy Efficiency Group, expressed dismay that none of the Treasury’s planned £100 billion investment in infrastructure over the next Parliament was currently allocated to measures to tackle fuel poverty.

She noted that allocating just two per cent of the Government’s current annual £45 billion infrastructure budget to housing retrofit would allow half a million low income homes to be made highly energy efficient every year.

Newly-released ONS figures show a decline in excess winter deaths last year, at 18,200 - though reports concede the drop coincided with a mild winter. Lucas said: “The decline in excess deaths is of course welcome. But any number of premature deaths resulting from cold homes is a national disgrace – it’s shameful and it’s preventable. Every winter, our NHS comes under significant additional strain – to the tune of well over £1bn – because people are freezing in their homes.  Energy efficiency saves lives – there is no justification for the Government dragging its feet on the issue - this is an urgent infrastructure priority.”

The UK has some of the least energy efficient housing stock in Europe, she noted, adding: “In one of the richest nations in the world, millions of people are suffering in fuel poverty, unable to afford to adequately heat their homes – many are forced to choose between staying warm and putting food on the table. The root cause of that lies in the UK’s draughty, woefully energy-inefficient housing stock.

“A nationwide super energy-efficiency drive would lower household energy bills, hugely contribute to job creation and the economy, as well as being essential for carbon targets. It’s a win-win – continued inaction flies in the face of all common sense.”

Hundreds of Brighton Pavilion residents have written to Caroline in support of the Energy Bill Revolution campaign and asked her to champion energy efficiency in Parliament. Caroline is supporting local work to help families cut fuel costs, save energy and stay warm and well this winter, through free and impartial expert advice sessions, provided by Brighton & Hove Energy Services Co-operative  (BHESCo) and National Energy Action.

Kayla Ente, Founding Director of the Brighton and Hove Energy Services (BHESCo), said: "Thousands of people across Brighton and Hove struggle to pay their energy bills and keep warm in their own homes. BHESCo works to improve the quality of life of local families by reducing the amount of energy they need and the subsequently their fuel bills. There are things we can do to help which could be as simple as insulating the home better and switching fuel supplier. We need Government investment to address the cold home crisis and encourage the uptake of clean, locally generated, renewable energy and reduce our dependence on fossil fuels. That investment would deliver real value for taxpayers money, pay back dividends to the economy, save countless lives, relieve huge pressure from our NHS, and make a significant contribution to preserving the quality of our air, water and land.”

According to Age UK, one older person dies needlessly every seven minutes from the cold.

According to the  Energy Bill Revolution Campaign, illnesses caused by cold homes are estimated to cost the NHS £1.3 billion a year. According to recent evidence, for every £1 spent on reducing fuel poverty, a return of 42 pence can been seen in NHS savings.

According to the Energy Bill Revolution Campaign, at the start of this year, 2.23 million children in England were living in fuel poverty, and a survey by Netmums found 1 in 4 families have had to choose between heating and eating.

A new report from Cambridge Econometrics and Verco, Building the Future, notes that an ambitious energy efficiency investment programme would boost the UK economy by:

delivering £4.95 billion in financial savings per year for UK households by 2030;

returning £1.27 in tax revenue for every £1 invested by Government;

resulting in £8.6 billion in energy savings per year by 2030, an average energy saving of £372 per household.

In a joint letter to the Guardian last week, Caroline called for a well targeted green infrastructure quantitative easing to stimulate the economy, boost employment and tackle climate change countrywide, as proposed by the Green New Deal group. This could not only make every building in the UK energy efficient and, where feasible, fitted with solar PV, but it could also help finance the provision of new, affordable, truly zero-carbon homes, to help tackle the housing crisis.

Caroline has highlighted several other priority areas – Clean energy, Sustainable transport, Local tourism, Tax dodging – which she would like to see addressed in the Autumn Statement. For more information on these, please email or phone on the contact details above.

Hundreds of Brighton Pavilion residents have written to Caroline in support of the Energy Bill Revolution campaign and asked her to champion energy efficiency in Parliament to make it as priority investment.

You can find out more about Age UK here