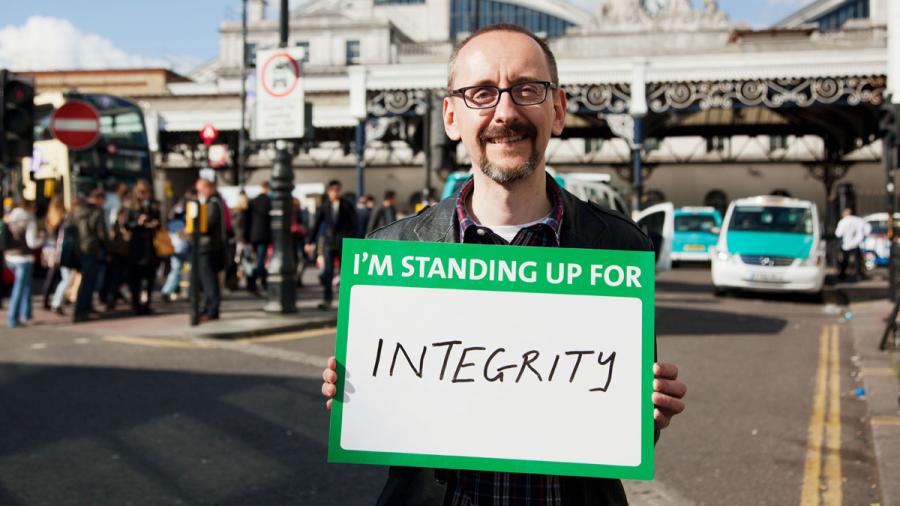 The MP expenses scandal a decade ago was a shameful indication of where the real priorities of too many MPs lay. More recently, the scandal over MPs' second jobs, consultancies and unlawful lobbying has further undermined public confidence in politics.

Caroline believes in being as open as possible about her work as an MP and about her expenses and funding.

MPs' expenditure is overseen by the Independent Parliamentary Standards Authority (IPSA), which publishes details of the business costs and expenses claimed by each Member. Information is updated every two months.

IPSA provides money for staffing, office costs and MPs’ travel and overnight allowances. Caroline lives in Brighton Pavilion – she does not have a second home. When Parliamentary business runs late and she needs to stay in London, she stays at a small hotel run by the Quakers.

Caroline has also received what's known as short money, and at the moment she uses that to employ two full-time members of staff and to part fund another. Short expenditure and income is independently audited as part of the Green Party's accounts. Other staff costs are met by fundraising such as crowdfunding.

From time to time, MPs receive a pay increase.  Caroline has opposed this in the past by making a submission to the relevant consultation process, but MPs have no say in the final outome.

She has previously donated her increase to local good causes via the payroll giving scheme. They include Brighton Women's Centre, a project run by RISE and the Survivors Network, and to The Clock Tower Sanctuary, which offers support to homeless young people.

As a long-standing and passionate campaigner for tax justice and transparency, she also makes her annual tax returns public.

You can see summaries of her tax return below for:

Any income from the sale of Caroline’s book 'Honourable Friends?' is included in her tax returns. The publisher's advance was paid directly to a researcher who worked on the book with her.

Caroline belongs to a number of all-party groups and is committed to the cross-party campaigning and working they promote.

She is also an officer of several of these groups, including Chair of the all-party parliamentary groups on Climate Change and Limits to Growth. Most all-party groups are run by secreteriats and these tend to get their money from membership fees paid by non-MP members, which might include businesses, non-governmental organisations, academic institutions, public bodies, trade associations and think tanks.

A number of volunteers have spent time in Caroline's office since she was elected – usually for a day a week over a short period of time, or a week - or fortnight-long work placement in the case of sixth-form students.

She has only been able to provide two internship as it's her policy that interns should be paid a living wage or more. Funding to make this possible has only been secured in two instances.

In the interests of transparency, MPs are required to record their financial interests with the parliamentary authorities. You can find Caroline's entry on the register here. It includes details of funds she has received in support of her work and funds which she has helped to secure for the Green Party. All donors must be resident in the UK and registered on the electoral roll.

The register is updated regularly and the link also allows you to access historic copies of the register. Caroline has never done a second job whilst serving as an MP nor accepted money for political or other kinds of consultancy.

In 2019, Caroline launched Dear Leavers – a project designed to change the conversation about Brexit. Details of donations over £1,500 to this project are included on the register of interests and include £10,000 from Sigrid Rausing, £10,000 from Lisbet Rausing and £1,000 each from Ian McEwan, Livia and Colin Firth, and Betterworld Ltd.

In 2020, Caroline was investigated by the Parliamentary Standards Commissioner over a fundraising initiative for the Green Party in the run-up to the 2019 general election. In order to raise funds for her local party in the election campaign, she made an offer on a crowdfunding website of a personal tour of those areas of Parliament which are special to her, for which a supporter paid £250.  You can read the outcome of the investigation here.