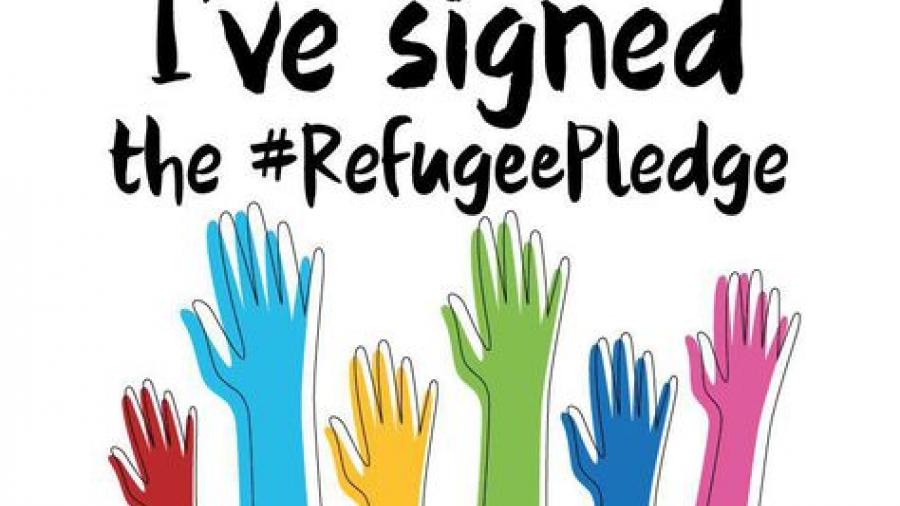 Refugee Council pledge
Friday, May 19, 2017
I've signed a pledge being promoted by the Refugee Council and will do what I can to support groups that put this message of welcome into practice.

For example, last month I spoke at a Brighton event where phones and laptops were collected for refugees. Phones allow refugees to keep in contact with loved ones, and they can ensure that volunteers can keep track of their location – especially important for unaccompanied minors.

You might also be interested to know that the All-Party Parliamentary Group (APPG) on Refugees, of which I was a Vice-Chair before Parliament ended for the election, recently released a report into refugee integration in the UK. The findings were extremely shocking. The APPG heard from group working on the ground with refugees, and from refugees themselves, that many refugees are pushed into homelessness on arrival, that their cases are delayed by the Home Office and that it can take months to receive a National Insurance Number. For this reason, the APPG recommended a National Refugee Integration Strategy and the creation of a cross-departmental Ministerial post that specifically focuses on refugees. You can read the full report here.

Furthermore, before Parliament ended the Home Office released a Ministerial Statement that, due to an “administrative error”, they had not taken up all the offers of places for unaccompanied refugee children pledged by local councils – as specified by the Dubs Amendment. This error came to light thanks to the hard work of Help Refugees and Safe Passage UK. Whilst I am glad that 130 more children will find safety and security in the UK, taking the total to 480, it’s clear that the Government has not done anywhere near enough for desperate children or for adults fleeing war and persecution.

If re-elected, I will continue to call for the UK to take in far more refugees than it has currently offered, and to ensure that they are treated with respect and dignity on arrival.