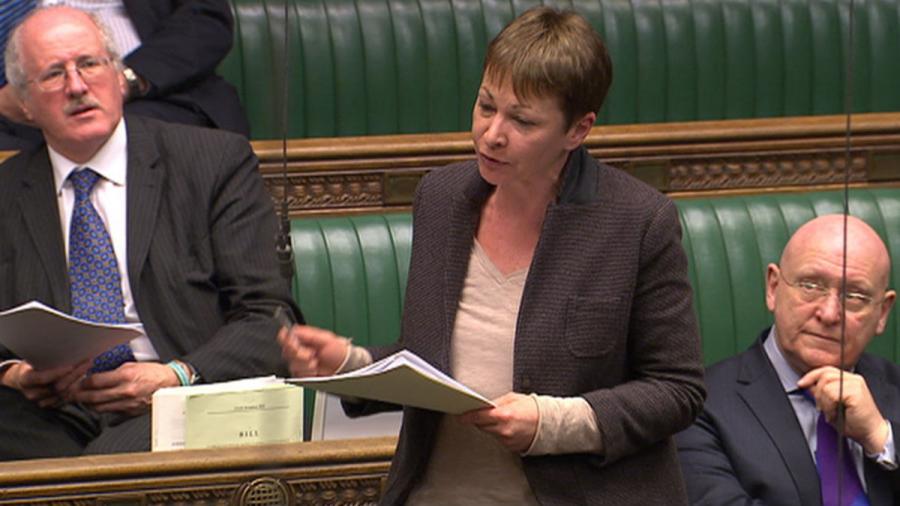 Parliamentary recall and Iraq debate
Friday, September 26, 2014
Every vote I cast in Parliament weighs heavily on my mind, especially as, unlike most other MPs, I have no whip telling me what to do – I consider the evidence, reflect on the principles I was elected to stand up for, and listen to my constituents in Brighton Pavilion
Never more so than on a day like today, when MPs are deciding whether to carry out air strikes in Iraq against the so called Islamic State (ISIL).
Whatever we decide people will die. Be it directly at the hands of ISIL, whose barbarity seems to know no limits. Or when they are hit by bombs dropped by the US, France or the UK.
And, of course, people are dying as a result of the humanitarian crisis engulfing the region – the Refugee Council tell me it’s the first time since the Second World War that the number of people worldwide who are fleeing their homes is more than 50 million, and the conflicts in the Middle East are a key driver of this exodus.  The death toll from the crisis in Syria is heading towards 200,000. Getting aid to all Syrians and Iraqis in need must remain one of the UK’s top priorities.
Amongst the questions I have asked myself ahead of today’s vote is how best to help close down the cycles of violence, which are taking so many lives.
There are no easy answers. But there is this certainty: killing people rarely kills their ideas.
The hateful ideology of ISIL must be stopped but the risk is that air strikes will be counterproductive: every Western bomb dropped will fuel it anew, providing fertile recruitment, fundraising and propaganda opportunities.
I don’t think this is like the last Iraq war.  I don’t think that the Prime Minster is manipulating intelligence or lying to the House.
There is much in the Government’s motion with which I agree.  It is written in a measured and very reasonable-sounding tone.  But the considered, thoughtful tone cannot get away from the bottom line, which is to give permission for the UK to bomb Iraq. Nor can it mask that what is often called ‘precision bombing’ is rarely precise.  We should be under no illusion that we are debating whether to go to war.
With virtually everyone on the Government and opposition benches looking set to vote for air strikes, there is a real danger too that diplomatic and political solutions are side lined yet further – and possibly even made more difficult.
The real question should not be whether to bomb but how we can intensify work politically and diplomatically to address the fundamental hostility between Sunnis and Shias – with regional powers such as Iran, Turkey and Saudi Arabia centre stage and support for a fledgling new Iraqi government to deal with seemingly intractable problems like the failures of the Iraqi armed forces, sharing of oil revenues, decentralisation demands and territorial disputes a top priority.
Also uppermost in my mind, in a week where it’s been revealed that a young man from Brighton has been killed whilst fighting for ISIL in Syria, is that there is nothing Islamic about what this extremist group are doing. That as well as embarking upon a concerted effort to find a political solution to the current crisis, we must also redouble our efforts to tackle the radicalisation of some members of our communities, and redouble our efforts to address deeply worrying levels of anti-Muslim sentiment and incidents.
Our best hope of reducing the numbers radicalised would be to champion a new foreign policy doctrine based on clear principles, consistently applied.  This should not include selling arms to brutal regimes like Saudi Arabia and Qatar. It should not include tolerating war crimes in Gaza.  We must stand up for international law.
Being the only Green MP can be lonely at times, especially on days like today. But my inbox this morning is full of messages from constituents urging me to vote against air strikes and I know that when I stand up and oppose the Government’s motion, I am representing the views of many.