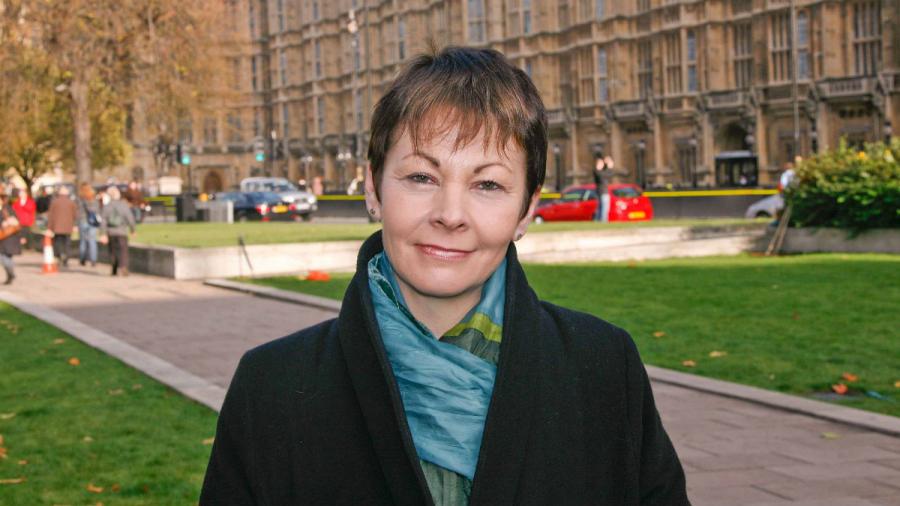 Parliament in first drug policy debate for a generation
Tuesday, October 28, 2014
The UK’S drug policies will be debated in Parliament this week, for the first time in a generation.
Earlier this year Caroline secured over 130,000 signatures on a petition calling for MPs to support an impact assessment and cost benefit analysis of the 1971 Misuse of Drugs Act.
She successfully secured the debate with cross-party backing.
The three-hour Commons debate will take place this Thursday, following a morning briefing.
UK drug laws are over 40 years old. In that time, there has been no Government assessment of whether they are effective or value for money.
The debate is not about being for or against current drugs policy or drugs policy reform. It about supporting an evidence-based position: our drugs laws should reflect the latest evidence about how best to tackle drugs misuse and any associated social problems – but that’s currently not the case.
The debate will support a Motion calling on the Government to conduct an independent cost-benefit analysis and impact assessment of the Misuse of Drugs Act 1971 - the first of its kind. A copy of the Motion can be found here.
67% of the UK public support a review of drugs policy options.
A 2012 UK Drugs Policy Commission study found that 77% of current MPs disagreed with the statement that current policies were effective in tackling the problems caused by illegal drugs.
In the same study, 76% of current MPs agreed the process of making policy about illegal drugs should make more use of evidence and research than it currently does.
Caroline said: “We all want a drugs policy that works. We want policies that reduce drug-related deaths and protect our children. Policies that rid our communities of the harms associated with drugs misuse and which ensure individuals get the help and support they need.
“But if we’re to have a drugs policy that does all of these things, then it has to be based on evidence.
“This debate is not about being for or against drugs reform. It’s about making sure we have the best possible laws based on the best possible evidence. It is the responsibility of every MP to be there to represent their constituents.”
The debate has received strong cross-bench backing, as well as strong public support.
In a video released last week, Richard Branson and Anne-Marie Cockburn called on constituents around the country to ask their MPs to attend the debate.
Anne Marie’s daughter Martha was 15 when, out with friends one Saturday morning, she took ½ gram of ecstasy powder and died from an accidental overdose.
Thursday's debate marks what would have been Martha’s 17th birthday.
Anne-Marie said: “I have spent many hours painstakingly deliberating about drug policy since my precious girl died. As policy remains unchanged I wake up every day with a fear that there will be another Martha. I want to appeal to you both directly and personally. The blight of drugs on our society is creeping inwards and many families are now directly affected.
"Whatever your views on this issue, I am sure that we can all agree that drug policy should be based on evidence of what works, and the only way to do that is to explore all the policy options.
"I understand that the drugs issue is a difficult one for MPs, but it is your job to ensure that our laws protect the most vulnerable. One death is one too many, so please attend the debate and please support a review.”
She also appealed to constituents to contact their MP regarding the debate.
Niamh Eastwood, Executive Director of Release, said: “It is shocking to think that in over 40 years UK drugs legislation has never been subject to proper scrutiny; we have never examined the efficacy of a criminal justice approach, or even considered alternatives. This debate is a much needed step towards this goal and we hope that parliamentarians will support the call for an impact assessment, and recognise that our drugs laws must be evidence-based. Over 67% of the public think it is time for a review of our drug policy. It is high time politicians reflect the views of the electorate.”
Danny Kushlick, Head of External Affairs, and Martin Powell Acting Chief Executive of Transform Drug Policy Foundation, said: “Successive governments have fought tooth and nail to keep evidence about their drug policies from the public, suppressing report after report. Why? Because when UK drug policy is independently scrutinised the findings are invariably damning. It is surely not too much to ask that MPs – whose job it is to scrutinise issues like this – now back a thorough impact assessment of current policy, so our response to drugs can be based on evidence of what actually works, and will best keep the young and vulnerable safe.”
Mike Barton, Chief Constable, Durham Constabulary has said: “As a police officer for nearly 34 years, I have witnessed the worsening problems of drug addiction – whether it's to controlled substances or legal drugs, such as alcohol. The Misuse of Drugs Act 1971 has prevailed throughout my time of service, but it would appear not to have had the impact that optimistic legislators planned.”
ENDS
Notes to Editors
Last year, there were nearly 2,000 drug-related deaths in England and Wales – a sharp increase of 21% in the number of drug misuse deaths in England in 2013.
The Home Office estimates that crimes related to drugs cost the UK a total of £13.3 billion every year.
Every single year in the UK alone, we spend over £3 billion of taxpayers’ money tackling drug use – In 2011/12 £1.46 billion was spent on drug law enforcement, £542 million on treatment and £7 million on education and information campaigns. That total – over £3bn – would buy six state-of-the-art hospitals.
Globally, we spend $100bn every year tackling the War on Drugs. The cartels and terror groups, corrupt officials and people traffickers enjoy an annual turnover of more than triple that.
View the video featuring Caroline Lucas MP, Richard Branson and Anne-Marie Cockburn.