search mobile
If Theresa May is serious about tackling race discrimination, she can act now 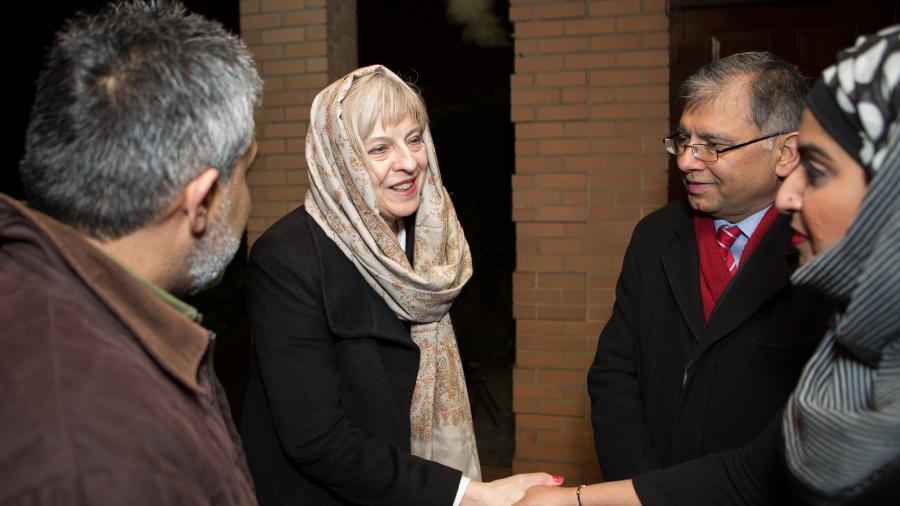 If Theresa May is serious about tackling race discrimination, she can act now
Wednesday, August 31, 2016

It might be unduly cynical to think that prime minister Theresa May deliberately chose the Bank Holiday weekend – when many journalists, MPs and public policy experts were away or otherwise still in holiday mode – to make her announcement of a new, annual audit of race and other discrimination on the part of public services such as the NHS, schools, police and the courts. For there is no doubt that racial inequality remains deeply entrenched in Britain – just this month, a report by the UN Committee on the Elimination of Racial Discrimination highlighted the deeply entrenched disadvantage and discrimination faced by our black, Asian and minority ethnic communities – and Ms May has a long and admirable record of calling out racism in police recruitment and the use of ‘stop and search’ powers.

But I do not think I am being unduly cynical in wondering whether – and, if so, when – Ms May is going to apply her newly-minted prime ministerial authority to a number of relevant matters. For example, as noted previously on this blog, if Ms May is serious about tackling racial inequality, she is going to need a strong and active Equality and Human Rights Commission, so should instruct her ministers to abandon their current 25% cuts to the already much-weakened Commission’s budget.

As recommended in July by another UN Committee – that on Economic, Social and Cultural Rights – Ms May should initiate a wide-ranging review of the impact of drastic cuts to civil legal aid since 2010. And she should order ministers at the Ministry of Justice to publish the review of employment tribunal fees that has been sitting on their desks since October last year. In its report this month, the UN Committee on the Elimination of Racial Discrimination noted that

Indeed, as this chart shows, the drop-off in race discrimination-related tribunal claims since the introduction of fees of up to £1,200 in July 2013 is both clear and dramatic: 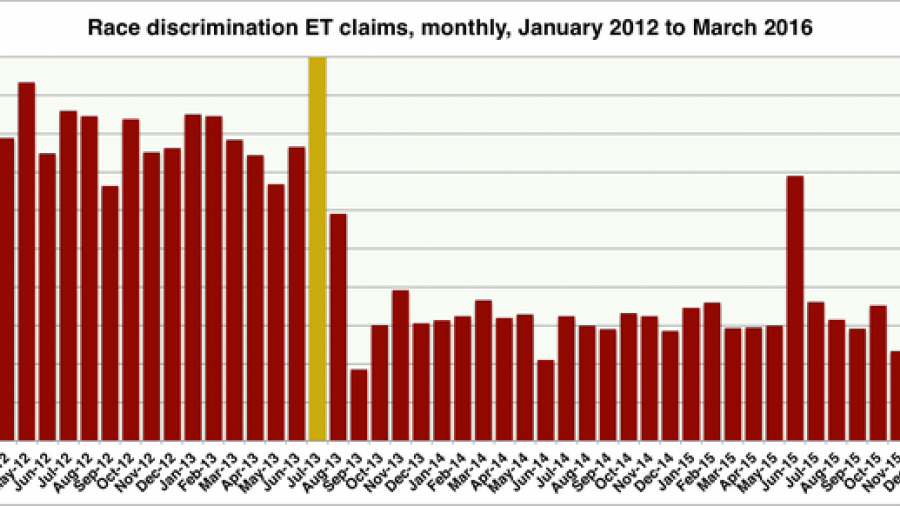 Ministers launched a long overdue review of the justice-denying fees in June 2015, and by October that year the report of the review was sitting on ministers’ desks. The delay in publishing that report has been strongly criticised by the Tory-dominated justice select committee of MPs and, only today, by the Women and Equalities Committee. If the prime minister genuinely wants to tackle racial and other discrimination by employers, then she should a waste no more time in getting the review report into the public domain. It’s time for action, not words.