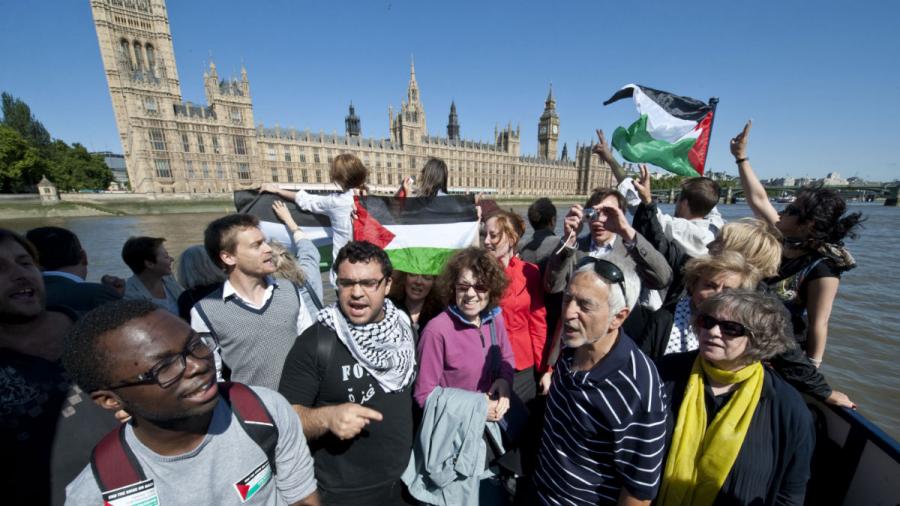 Caroline says "We need an urgent arms embargo on Israel now"
Sunday, August 3, 2014
Writing after further international concern over the action of the Israeli Defence Forces in Gaza, Caroline said, "Reports suggesting that weapons containing components made in the UK are being used against Gaza - including weapons control and targeting systems, ammunition, drones and armoured vehicles - raise serious questions about the UK Government's complicity with the Israeli authorities.
"According to research by the Campaign Against the Arms Trade, arms exports licenses worth £42m have been granted to 130 British defense manufacturers since 2010 to sell military equipment to Israel, including to two UK companies supplying components for the Hermes drone, widely used during the ongoing military offensive in Gaza, one of which also supplies components for Israel's main battle tank.
"It was concerns about British involvement in arming Israel that prompted my question to the Prime Minister in the days before Parliamentary recess, calling for an embargo on all military co-operation with Israel.
"Sadly, rather than answering the question, David Cameron chose to ignore it, preferring to claim that what I had said amounted to "justification" for the rocket attacks by Hamas.
"Since I had specifically prefaced my question with reference to Hamas rockets, stating very clearly "I deplore those attacks", his response was both dishonest and evasive.
"That's why I raised a Point of Order with the Speaker at the end of the session:
"In his response to my question on Gaza, the Prime Minister accused me of seeking to justify Hamas rocket attacks.
"Seeking to understand a conflict is very different from justifying it, yet so often in the Israel-Palestine debate it suits some to conflate the two, which is both lazy and unhelpful.
"Given that in my question I clearly said I deplored the rocket attacks, as I deplored the Israeli incursions, would it be appropriate to ask the Prime Minister to retract his earlier statement?"
"Sadly the Speaker's response was almost as extraordinary as the Prime Minister's:
"These things are all a matter of context and interpretation...I do not want to umpire on what really are considerations of preference, taste and judgment".
"In reality this is nothing to do with preference, taste and judgement, and everything to do with prevarication, cowardice and deliberate misinterpretation.
"The same prevarication and cowardice that still prevents both the Prime Minister and the Foreign Secretary from acknowledging that Israel's assault on Gaza is hugely disproportionate - and indeed, according to the UN, may well constitute war crimes.
"The Government's failure to condemn Israel's actions is irresponsible enough; but recent evidence from the Campaign Against the Arms Trade suggesting that it has been continuing to arm Israel is nothing short of scandalous.
"That's why there must be an immediate embargo on all arms sales and military co-operation with Israel.
"The subject has particular relevance to people in my Brighton Pavilion constituency, since the city is home to EDO MBM, an arms manufacturer which has regularly been linked to weapons used by Israeli forces.
"Local opposition to this came to a head in 2009, during the last Israeli assault on Gaza, Operation Cast Lead, when seven peace activists took direct action to "decommission" the factory.
"After a court case the following year, they were acquitted, having made the case that they were seeking to stop Israeli war crimes.
"Significantly, back in 2009, the then Foreign Secretary David Miliband himself acknowledged that IDF equipment used during Operation Cast Lead had "almost certainly" contained British-supplied components.
"Past sales of UK weapons have included displays for F-16 jets, and parts for Apache attack helicopters made by at least half a dozen UK companies or subsidiaries.  Both weapons have been used in Gaza in recent weeks.
"The Government should not be able to avoid taking responsibility for what happens when weapons it has sold into war zones are used.
"It could start, as the Campaign Against the Arms Trade has pointed out, by applying some consistency.
"Just a few weeks ago, the new Foreign Secretary Philip Hammond said: 'The Russians... have been supplying [pro-Russian Ukrainian rebels], they have been supporting them, they have been providing them with succour. They cannot deny their responsibility for the acts that these people are carrying out.'
"That same logic should be applied to the UK's relationship with Israel.   I have written to both the Prime Minister and the Foreign Secretary urging them to end these double standards.
"Please join me in supporting CAAT's petition to end UK arms sales to and from Israel, and an end to all military collaboration: http://act.caat.org.uk/lobby/stoparmingisrael "
I have previously written to the Secretary of State for Foreign and Commonwealth Affairs calling for a military arms embargo.
Click here to see my letter and the response from the Minister