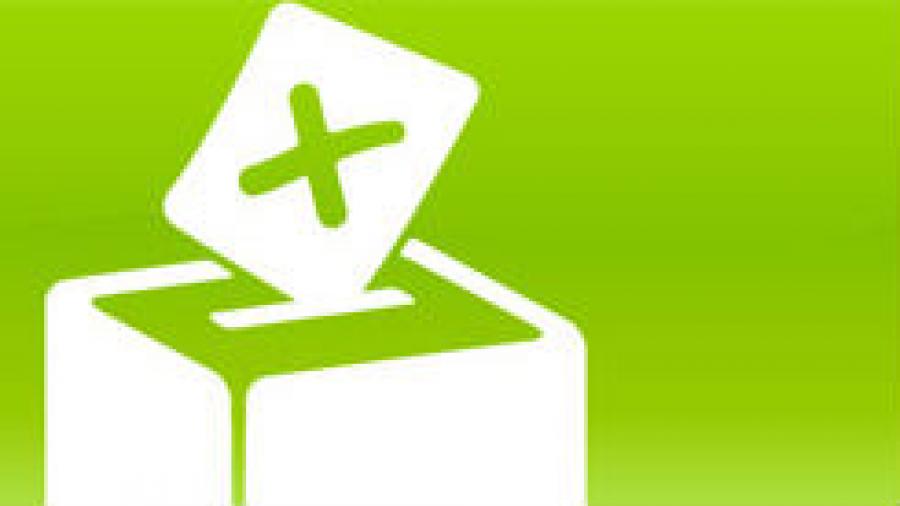 Caroline on course to win seat says polling expert
Wednesday, August 27, 2014
A respected polling expert has put Caroline Lucas, the UK's first Green MP, on course to hold her Brighton parliamentary seat after a summer of encouraging poll indicators
Peter Kellner, President of the YouGov polling company, has singled out Caroline as the exception to his national predictions of rising support for Labour, saying she is likely to hold her Brighton Pavilion seat in his forecast for the general election, outlined in the September edition of current affairs magazine Prospect.(1)
Gazing into his psephological crystal ball, the former BBC Newsnight political analyst says Caroline will successfully defend her slim 1,252 majority in Brighton over Labour, while he predicts a Labour Government with an overall majority of 30 seats.(2)
Adam McGibbon, national Green Party General Election Campaign Manager, said, "No one is taking anything for granted in our corner; it will be a tough contest and things can change but to have a respected pollster like Peter Kellner predict that Caroline will successfully defend her seat is encouraging and confirms the positive feel we are getting on door steps.
"We've seen how polls have gradually been turning in our favour after lower ratings last year with several months of growing support as well as in the euro election - which put us ahead of all the other parties in the constituency - and this may be informing Kellner's thinking.
"While no one piece of research is conclusive of this trend on its own, taken together we are seeing real momentum building for Caroline. This is also reflected in the bookies' current odds which put her in pole position.(3)
"It also suggests that Caroline is picking up support well beyond her own political party and attracting people locally to her cause who are not traditionally Green voters or who may not usually vote at all.
"Caroline is well-known for keeping a vigilant eye on local people's behalf and turning the heat on the big Westminster parties so she seems to be gaining credit for getting the concerns of these voters noticed and taken seriously in Westminster."
McGibbon added, "In July a constituency poll by Tory strategist Lord Ashcroft put us neck and neck with Labour in Brighton Pavilion. The questioning format in this poll favoured Labour as voters were reminded of the Labour option but importantly not the Green option so, if anything, this would have underestimated support for Caroline.(4)
"We are also quietly pleased by the European results which through careful scrutinising of ballot papers indicated Greens were ahead by more than five percentage points in Brighton Pavilion as reported by the Brighton and Hove Independent newspaper."(5)
However McGibbon sounded a note of caution on the quality of polling and market research data that might emerge ahead of the election likely on 7th May and urged voters to be on their guard, "While we do our best to rely on robust, scientifically backed polling for our analysis, unfortunately we expect some to be less scrupulous about the accuracy and robustness of surveys they commission or promote.
"There are likely to be some unreliable straw polls and 'voodoo poll' claims made that are not safe to use as they would not be professionally undertaken to British Polling Council standards.
"Our message to people interested in polling trends is to check whether a poll is conducted by a reputable polling company rather than believe the first thing they hear in the news."
Notes
Peter Kellner
Peter Kellner is a former political analyst of the BBC Newsnight current affairs programme and was a newspaper journalist with The Sunday Times, New Statesman, The Independent, The Observer and the Evening Standard.
In 2011, he received a Special Recognition Award from the Political Studies Association in recognition of his achievements in "bringing polling and intelligent use of numbers and figures to election coverage".
References
1. http://www.prospectmagazine.co.uk/opinions/election-2015-a-diy-guide-to-predicting-the-results
2. Kellner: "...I start with four scenarios: The first of these assumes that people will vote in line with the average of recent YouGov polls: Labour 37 per cent, Conservative 34, Ukip 12, Liberal Democrat 8. Compared with 2010, this means that Labour would be up seven points, the Tories down three, Ukip up nine, Lib Dems down 16. I have applied these changes to every constituency (actually, all bar one: I assume the Green MP, Caroline Lucas, will successfully defend her 1,252 majority over Labour.) The result is that Labour would end up with 340 seats, an overall majority of 30."
3. http://www.oddschecker.com/politics/british-politics/brighton-pavilion/winning-party
4. See more at: http://www.brightonandhovenews.org/2014/07/07/private-poll-finds-labour-and-greens-neck-and-neck-in-brighton-pavilion/31450#sthash.TBh0n9xl.dpuf
The full Ashcroft analysis: http://lordashcroftpolls.com/2014/07/liberal-democrat-labour-battleground/
5. http://issuu.com/brighton-and-hove-independent/docs/144-june-6-2014