search mobile
WHY WE NEED A NEW CLIMATE BILL 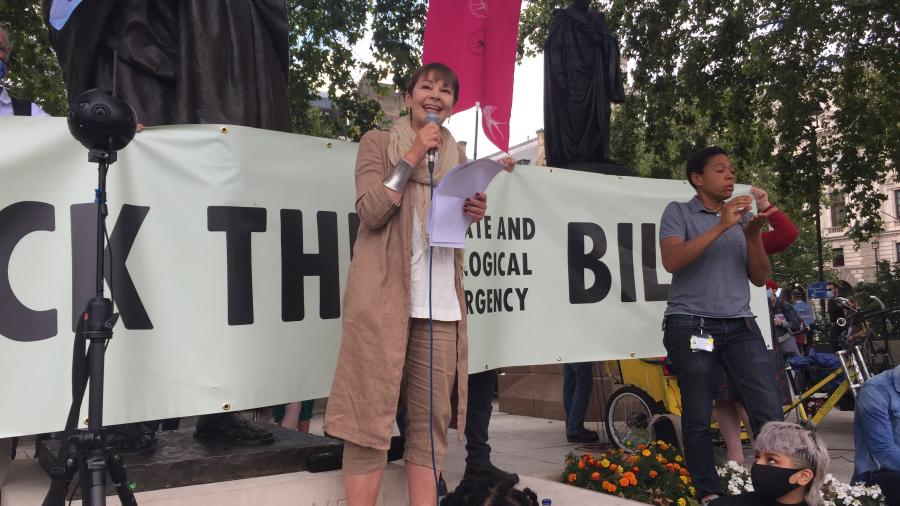 WHY WE NEED A NEW CLIMATE BILL
Wednesday, September 2, 2020

The coronavirus pandemic is teaching us some painful lessons.  If we don’t prepare for a crisis, if we take action too late and if the action is insufficient, then we pay a heavy price.

We are facing another crisis, even more serious than Covid-19 and we risk making the same mistake of failing to respond at the speed and scale it demands.  The climate emergency may have disappeared from the front pages, but it hasn’t gone away.  In fact, it’s accelerating.

Everywhere you look, there are signs of it. California is on fire, as Australia was back in January.  There was record flooding in Britain in February and extreme rainfall in India last month. Greenland’s icecap is disappearing fast, with huge consequences for global sea level rises. All of these are made more likely and more severe because of climate change.

Supporters of Extinction Rebellion have again taken to the streets to remind ministers that time is running out for effective action.

So how have we prepared? We have a Climate Change Act, passed in 2008, which requires us to stop adding to the greenhouse gas emissions we’ve already pumped into the atmosphere by 2050, and includes interim targets which we’re currently on course to miss.

But the Act is showing its age – and has holes in it which urgently need patching.  Even if we met all its targets, we still wouldn’t be doing our fair share to avert the risk of climate catastrophe. We need a new and more ambitious approach.

That’s why I’m introducing a new climate bill to sit alongside the Climate Change Act, to build on its strengths and fix its weaknesses.  The Climate and Ecological Emergency Bill will address both the climate crisis and the loss of nature and wildlife.

It’s been drafted by top climate scientists and ensures we move further and faster to cut our emissions. So no more kicking the can down the road til 2050, putting off til tomorrow what should have been done yesterday.

It would also include the emissions in our supply chains. No more claiming we have cleaned up our act when factories overseas are pumping out greenhouse gases to make things for consumers in Britain.

It focuses on nature too, on biodiversity and the protection of soils which are vital for farming and as a natural store for carbon.

It already has the backing of a broad coalition of scientists, public figures and campaigners like those from Extinction Rebellion who have been giving it their support this week. And cross party support in the House of Commons.

Even though I’m an MP, I believe politicians have failed when it comes to climate action. Governments haven’t shown the necessary leadership, nor engaged with people about how we can build a just and fair society which stays within our planet’s natural limits, and where people are protected from the devastating impacts of climate change.

So I’m glad this new bill would reach out beyond Westminster to involve citizens in devising our response, in the form of a Citizens’ Assembly which would work with politicians.

We have to move with the times, and they are changing rapidly.  We need new targets and a new approach. The Climate and Ecological Emergency Bill gives us this.

For this crisis, we have to better prepared.

[This column was also published in the Daily Mirror]