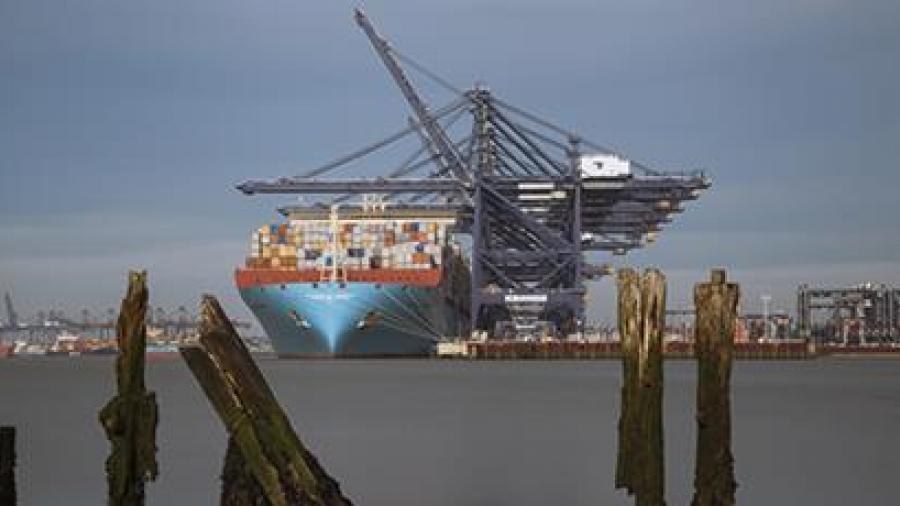 Regrettably, I was not selected to speak in the debate on the Trade Bill.  This was the speech I'd planned to give, setting out what's wrong with the Bill

I would like to start by saying that this Bill could have been an opportunity to set out a democratic, environmentally and socially just framework for the UK’s new independent trade policy.  But instead, the government has rehashed the same, controversial Bill from before.  And surreptitiously removed the Lords’ amendments on scrutiny of trade agreements.

Amendments which would have served to safeguard the role of Parliament.

As it stands, the government is pushing ahead with trade talks with the US and Japan without developing any framework for accountability and scrutiny of trade.  Trade talks are taking place behind closed doors, and shrouded in secrecy, at a time when public and media attention is rightly diverted to the Covid crisis.

The UK’s chief negotiator has agreed key documents from a US trade deal will not be published for five years after it has been signed.

And just last week we heard that the Government were planning to slash tariffs on US food imports, just so they can agree a quick deal. Leaving UK farmers unable to compete.

I will always call for Parliamentary scrutiny.  But when we have a Government so willing to cave to others’ demands, it absolutely critical.  Critical to protecting our climate ambitions, health system and food standards.

It’s no secret that our Parliamentary processes for scrutinising trade deals are woefully inadequate.

Existing processes are a relic of a bygone era.  They follow a 1920s convention, the Ponsonby Rule, which was designed to address secret defence treaties from the First World War, and enshrined in the Constitutional Reform and Governance Act, CRAG, of 2010.

I think we can all agree that the world is vastly different now to 100 years ago. Even 100 days ago.

CRAG doesn’t give MPs a guaranteed vote on trade deals.

What’s more, deals can be ratified without any Parliamentary approval.

These processes have been widely criticised by civil society as well as by no fewer than five Parliamentary committees.

My reasoned amendment addresses a number of glaring omissions to the Trade Bill.

Omissions relating to scrutiny and transparency;  the impact of trade deals on food and environmental standards, climate change, biodiversity and sustainable development;  and a complete failure to account for the climate crisis or the Covid-19 pandemic.

These are serious concerns indeed.

Rather than addressing the well-documented shortcomings of the CRAG Act, this bill fails to uphold the principle of democratic scrutiny.

What is more, there is absolutely no requirement for the Government to conduct comprehensive sustainability impact assessments of trade deals.

Last week we heard the Leader of the House lambast MPs for “hid[ing] behind a veneer of virtual Parliament”, calling for Parliament to return fully, so that we can get on with “challenging the Government and holding them to account”

May I suggest, that if this Government is serious about Parliamentary scrutiny, it would be better to include provisions in their legislation, rather than needlessly putting MPs and staff on the estate at risk.

A proper framework for scrutiny of trade deals would provide for:

At every stage of the process there should be public consultation and meaningful engagement with civil society, as well as independent impact assessments which look beyond narrow economic metrics, including the impact of trade deals on our climate and environment.

It goes without saying that the scrutiny conducted by this House and its elected representatives is the cornerstone of our democracy, and yet nowhere is this more absent than with our trade agreements.

Trade Agreements may not always be headline-grabbing news. But they are far from being simply about tariffs and taxes.

They now have a far-reaching impact on our efforts to tackle the climate crisis, our food standards, workers’ rights and vital public services. Trade deals have the potential to lower standards, liberalise public services and restrict the ability of governments to address important social and environmental challenges.

Yet it is staggering that MPs have less of a say over trade agreements than far narrower policy initiatives.

Democratic oversight of trade is therefore not a ‘nice to have’. It is essential.

Significantly, the Other Place did pass an amendment to the Trade Bill in the last session which gave Parliament a say on future trade deals – including transparency during negotiations, a vote on the mandate and a final vote on the deal.   I’m glad they seem to be doing a better job of looking after our interests than we are - but we should be standing up for them ourselves.

It is also notable that last week Michel Barnier expressed frustration at the UK’s refusal to include consultation mechanisms with Parliament and civil society in an agreement with the EU. Why does it always fall to others to stand up for Parliamentary scrutiny?

Lastly, we know that Post-Brexit trade deals, particularly a deal with Donald Trump, are highly controversial, and polling shows that the public are unwilling to trade lower standards for a deal with the US.

We owe it to our constituents to demand proper oversight.

Mr Speaker, as it stands, this bill risks undermining the UK’s social, labour, environmental and agricultural standards, and it fails to ensure that imported products adhere to at least equivalent standards.

We know that trade deals can put pressure on food standards. And the US administration has made clear that it wants the UK to lower its food standards to allow the export of products currently banned in the UK.

The Trade Bill should be amended to protect the standards which keep us safe.

There should be a ban on the importation of food which is produced to standards lower than those in the UK.  Chlorine-washed chicken and hormone-fed beef have come to epitomise worries around abysmal animal welfare standards nd there are also concerns around the use of various pesticides and GM crops which are illegal in the UK for health and environmental reasons.

There must be no regulatory cooperation on food standards which could lead to future erosion, and no regression from existing standards. An independent body should be established to assess new regulations to ensure that they do not lead to lower outcomes.

And finally, the precautionary principle should be enshrined in law.

Mr Speaker, the inclusion of Investor-State Dispute Settlement (ISDS) in trade agreements should worry us all.

These corporate courts allow investors to sue governments for changes in policy which damage their profits.

ISDS has particularly been used to challenge environmental policy, including water pollution (Vattenfall vs. Germany), fracking (Lone Pine vs. Canada) and Mining (Bear Creek vs. Peru).

Often these cases are successful, but even when they are not, they can cost governments millions in legal fees, and lead to ‘regulatory chill’, where governments are incentivised not to introduce new regulations for fear of facing a legal challenge.

If ISDS is included in a UK-US or other post-Brexit agreement, there is a very real risk that investors will challenge future environmental regulations.  When we are facing the climate crisis and in the midst of a global pandemic which is taking a huge toll on public finances, this cannot be considered.

The trade bill must prevent ISDS from being included in trade agreements.

Mr Speaker, the climate and biodiversity emergencies require a fundamental rewrite of the rules of global economy and the objectives of trade policy.

Yet the Trade Bill does not focus trade agreements on the Paris Climate Agreement’s ambition to limit global temperature increase to 1.5 degrees.  It does not ensure that they are designed to meet the UK’s climate and biodiversity objectives, and does not require trade agreements to deliver the Sustainable Development Goals.

The IPCC special report on global warming of 1.5C outlined the need for “rapid unprecedented and far reaching change” across every aspect of society. But over two years later, that change is nowhere to be seen.

The current approach to trade based on high global material input, and low global output of human well-being. It is totally unfit for purpose.

This bill is an opportunity to change that. Trade policy could instead be grounded in a vision of socio-ecological justice and be designed to actively serve climate objectives.

Finally, Mr Speaker, it is an outrage that trade negotiations are continuing to take place.

We are in the midst of a global pandemic in which more than 35,000 people in the UK have sadly lost their lives. The World Health Organisation has called for a “whole-of-government, whole-of-society approach”.  Yet with the help of 100 negotiators, the International Trade Secretary is pushing ahead with a dangerous US trade deal. An unbelievably reckless move and a completely inappropriate use of precious Government resources.

Clearly the “whole of government” approach is just another piece of advice from the WHO which Ministers are choosing to ignore.

Over 200 organisations have called for trade negotiations to be put on hold so that Governments can focus on their response to coronavirus and protecting public health. It is vital that the UK also heeds this call.

Which brings me to our most pressing deadline.

This Government took the ill-advised decision to include a clause in the EU Withdrawal Agreement Bill forbidding a Minister from requesting an extension to the transition period.  If that decision seemed foolish in January, it is feels exceptionally irresponsible now.

The calls for an extension are growing louder by the day, from businesses and industry bodies, to former ministers, and now the public. With a poll from Best for Britain showing that 77% of Britons want the Government to extend the transition period, in order to focus on coronavirus.

But the clock is ticking.  There are now just six short weeks before the deadline to agree an extension of the transition period. Or we face another storm, a storm which we are not prepared to weather – with over 70% of businesses furloughing staff and food banks seeing an 81% increase in people needing support.

This is no longer a question of “getting Brexit done”. Much to my regret, that has been decided. It is about giving the UK the best chance of recovery after this terrible pandemic and shielding our businesses and the public from a further economic shock. One which would be created by their own Government.

The message is clear: extend the transition period and put trade talks on hold.

Lastly, the Minister is fond of talking about the opportunities which trade agreements bring.

Yet in thoughtlessly ploughing ahead with trade deals in the midst of a global crisis, she has somehow failed to appreciate that coronavirus will drastically change the world in which we live. So the UK’s objectives for trade deals must also change to prioritising action to tackle the climate crisis, sustainable food supply chains, decent work, and - as has been so sharply highlighted - universal and affordable access to medical supplies.

Mr Speaker, if nothing else, it is wise to put trade negotiations on hold because it is impossible to foresee what we will want at the end of this crisis.