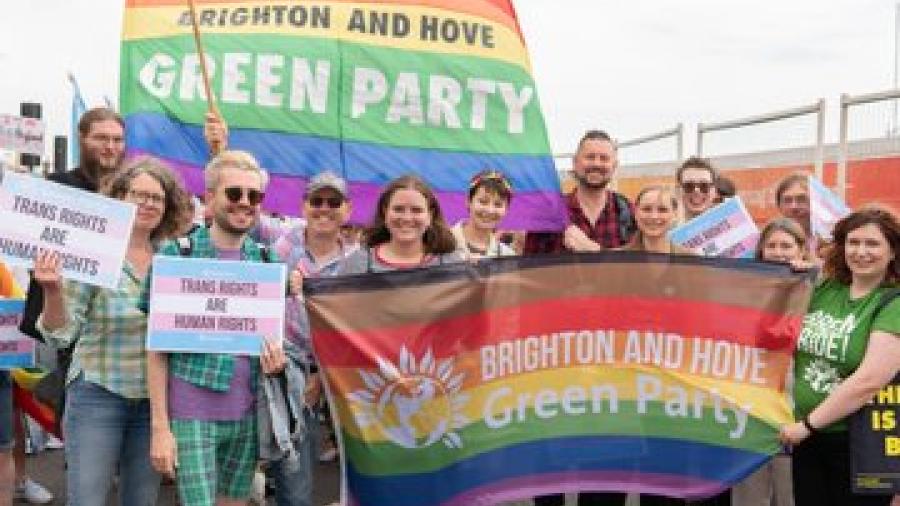 It’s been a very busy last few days at Westminster with the resignation of Theresa May, Boris Johnson’s succession and the subsequent appointment of one of the most right-wing governments we’ve seen in years.  I shall be kept busy fighting for the progressive causes and action on climate that I know many of you want.

Stopping airport expansion is vital in the fight against climate chaos.  Boris Johnson famously said he’d lie down in front of bulldozers to stop a third runway being built at Heathrow, and I questioned him in his first statement to the Commons on whether he was going to hold good to that now he was prime minister.  You can see his response here

I raised a number of other issues with ministers

·         On deep sea mining, I asked the Secretary of State to end government sponsorship of deep sea mining exploration licences.  The government refuses to do this, but the minister did say that it didn’t expect to be granting any licences soon, apart from the two 15-year permits already in place

·         On mental health, I asked for details about the waiting time for appointments with adult community mental health teams, including for people seeking help with eating disorders.  NHS England is planning pilot schemes with four-week waiting times in local areas, but this will need to be funded out of the planned additional investment in mental health services.

·         I had tabled a parliamentary question about the Government’s response to a UN report finding bomb parts in Yemen that were manufactured in Brighton – many of you had been in touch with me about this.  The government was forced to stop issuing licences for weapons sales to Saudi Arabia which might be used in Yemen after a court ruling last month.  The Government is lodging an appeal with the Supreme Court.  It should accept the ruling and stop British companies contributing to civilian deaths in Yemen.

·         Many of you will have read or heard about the controversy over teaching materials in primary schools portraying the full range of human relationships.  I want to ensure that teaching materials are inclusive of LGBT people and was given assurances that they would be.

I’ve also been busy in the constituency, meeting some wonderful people who are doing so much to make Brighton the welcoming community it is.

Following Disability Pride early in the month, I was honoured to speak at Trans-Pride.  Our city was also home to the first-ever Trans Pride event in the UK, seven years ago, and it’s been incredible to watch it grow year after year.  A wonderful celebration of all that’s been achieved but with transphobic hate crimes on the rise it was also a powerful a reminder of how much further we have to go in the fight for equality.

It was inspiring to meet some parents from Moulsecoomb Primary who are such passionate advocates of all it achieves. The Government maintains that academisation gives schools more freedom, despite evidence that shows this to not be true. Issuing schools with forced academisation orders completely disregards community choice and the ‘freedom’ it spouts, and fails to address what is so clearly obvious to parents, and teaching staff; that the Government needs to address cuts to education funding, and properly invest in education and young people. Forcing academisation on a school that should be championed and better supported is nothing more than a smokescreen for the Government’s continued failing education policies.

I spoke at 'Jing in Jubilee Square'. A huge thanks to the amazing Jing Massage team for organising such a wonderful fundraiser with all the proceeds from massages are going to support the brilliant work of Rise. Fundraisers like this are essential in supporting organisations like Rise, who do so much to supporting women’s services in Brighton and Hove.  The need is growing too.  Last year there were 2,777 referrals to Rise compared to around 2,000 the previous year.

In Parliament, I chaired a joint meeting bringing together the Fuel Poverty and Energy Efficiency Group and the All-Party Climate Change Group.  Around 4 million households in the UK struggle with energy bills and yet home energy efficiency measures have fallen sharply. This needs to be made a national infrastructure priority, both for the sake of those living in these homes, and to help meet our climate targets.  In the short term, we want to see a fund which would help the poorest households living in hard-to-heat homes, especially in rural areas.

Finally, as I take a few weeks break and Parliament goes into recess, I just want to wish you all a wonderful summer.