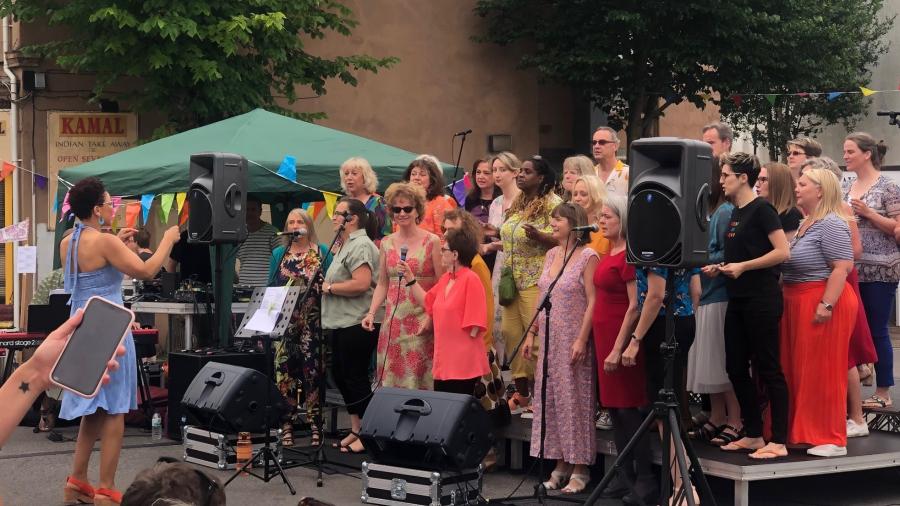 Connecting children and teenagers with Nature

The US author Richard Louv reminds us that people won’t protect what they don’t love, and they won’t love what they don’t know.   As young people spend more time indoors rather than outside, there’s a real risk that nature won’t have the defenders it needs in the future - and that levels of anxiety will increase.   That’s one of the reasons I’m so enthusiastic about championing the idea of a new GCSE in Natural History, and why I was delighted to have the opportunity to talk about it at a fascinating conference at the University of Brighton, alongside other speakers who were all passionate about re-connecting young people with the natural world and inspiring in them a love of conservation.

The Great Get Together

Many thanks to everyone who made the third Great Get Together in Prestonville such a huge success - great music, conversations, food and community - and so impressed by the new garden behind Exeter St Hall!

I visited Intrepid Camera, a really innovative local business which makes wooden film cameras.  Since I last visited them, the company’s grown to a team of 10, and they’ve recently implemented a 4-day working week.  It’s had a great impact increasing both the happiness of staff and their productivity.   Intrepid are also raising the issue of a lack of light industrial space in the city for small businesses to develop, and I’ll be following this up with the Council.

I also met Kirsty Kearney-Greig from Further My Future, a local company doing brilliant work on apprenticeships.  They help young people all the way from identifying their skills and interests to preparing them for their first job.

Brighton is such a vibrant, exciting place to live and work partly because of its live music venues.  So it’s worrying that so many are under threat.  This is something I’ve been campaigning on since I became an MP.  A few years ago, I succeeded in getting the Government to agree a change in the law to require developers to soundproof homes built near music venues.  But that’s not the only threat: so are business rates.  I wrote to the Chancellor earlier this year about the damaging impact of rising business rates on small music venues.   Last week, I had a meeting with the head of the Music Venues Trust, Beverley Whitrick, to learn about the current situation in Brighton and I’ll be working closely with the Trust to ensure we protect grassroots music venues.

I attended the launch in Parliament of a shocking new report from Greenpeace about plastic pollution in our rivers.  The level of pollution underscored for me the importance of ending single-use plastics so we can restore our natural world.

I was very pleased to speak at an event at Exeter Street Hall on Friday, marking World Refugee Week, about “what we can do together to make our city more inclusive”.  Brighton has welcomed hundreds of refugees over the years – the food was provided by a Syrian refugee who’s started his own business – and it was good to hear people talk about how to turn ideas into action so that refugees aren’t just given a place of safety, they are enabled to play their full role as valued members of our community.

The rapidly approaching deadline for Brexit, and the growing threat of a No Deal, has left many employers and EU staff worried about their future.   The Government has proposed 12-month visas for temporary workers, and I have asked for this to be extended to three years.