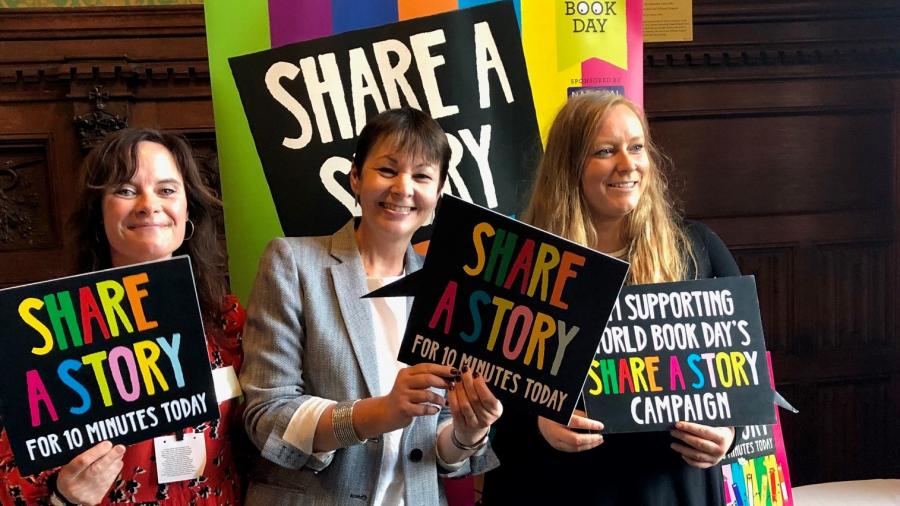 The Government’s announcement on a net zero emissions target

Theresa May’s announcement that the Government was raising our emissions target to reach net zero by 2050 attracted plenty of news headlines during the week.  But this is too little, too late - and setting a target and implementing the policies to reach it are very different things.  There is a huge gulf between government rhetoric and the required action.  So I challenged the prime minister at Prime Minister’s Questions on Wednesday to actually follow through with some concrete action by ending fracking, cancelling Heathrow expansion and investing in public transport. N

Donald Trump lived up, or more appropriately, down to expectations on his state visit, and thousands came out to protest his visit around the country, including in Brighton and London.  I spoke to the crowds in Whitehall about why he should never have been given the honour of a state visit.

I spoke during an important debate last week in the House of Commons on the shortage of education funding, particularly for children with special educational needs.  Less is being spent per pupil in real terms, and I regularly hear distressing reports from headteachers in Brighton about the terrible decisions they are having to make because of the funding crisis, closing vital services and suffering sleepless nights themselves.  One particular story I told was of a Brighton teacher who came up to the House of Lords to celebrate taking part in a wonderful project called “Every child a reader”.  She has now been sacked because the programme has had to close for lack of funding.  I also raised the particular challenges facing sixth form college funding and urged the Minister to heed their demands to reverse the cuts and raise the national funding rate for 16-18 year olds.

I was delighted to attend the launch of the Hope Hub concept at Platf9rm 9 in Hove, during a session on how to tackle the homelessness crisis.  Pioneered by young people and bringing together many of the stakeholders and organisations working on homelessness and housing in the city, it sought to stimulate better collaboration between agencies and to generate new ideas and more momentum for ending the crisis.

I enjoyed catching up with the Brighton and Hove Community Land Trust, to get an update on their plans, and to identify policy changes that could help support them.  In particular, I’ll be writing to the Minister both about continuity of funding, and about an exemption from proposed leaseholder legislation, to ensure that housing co-ops and land trusts can continue to hold the leasehold to the land where they build.

I tabled an Early Day Motion in Parliament about the worrying threat to our post offices, prompted partly by the closure of the Matlock Road branch.   A recent survey suggested one in five sub postmasters/mistresses plan on quitting in the next 12 months, putting 2,500 post offices at risk.  We need to protect post offices, which play such an important role in our communities, both for residents and for small businesses.

A Booksellers’ Association reception in Parliament gave me the chance to catch up with lots of other book lovers and talk to book sellers about the need for lower business rates for small bookshops and businesses.

I was in a rather rainy Scarborough last weekend for the Green Party spring conference, where I chaired a panel discussion on the Green New Deal.  The GND was first proposed in 2007 before the financial crisis, and I wrote a comment piece for the Financial Times on why it’s more important than ever.  You can find it here (for those who have access to the FT online).

I’ve campaigned for many years for better animal protection so was delighted to see two measures pass into law.  The first, known as Lucy’s Law, bans puppy farms from April 2020 so that all new pets will come from rescue shelters or reputable breeders.  The second, the Wild Animals in Circuses Bill, bans the use of wild animals in circuses.

It was a real pleasure to meet with staff and volunteers at the Brighton and Hove branch of the RSPB, and to hear about the measures they’re putting in place to protect colonies of swifts.   Something as simple as including “swift bricks” in new developments (or swift boxes on old ones) can ensure that these extraordinary birds continue to be able to find places to build nests.  Given that we’ve lost more than half of the population of swifts in the last 20 years, it’s more important than ever that we all do what we can to protect them.

At the request of constituents and others, I’ve raised a number of different issues with ministers, ranging from air pollution from vehicles to the care of child victims of people trafficking to VAT for digital books.

On air pollution from cars, I asked what action a member of the public could take to report a car with a smoky exhaust.  The minister’s response was to report the vehicle to the local policing team.  Lorries can be reported to the DVSA via its website, but it doesn’t cover private cars which is clearly a failing.

I also asked why VAT was charged on e-publications and audio-books when paper copies are zero-rated.  The government didn’t provide a satisfactory explanation for this, except to say that all VAT decisions are kept under review.

I’ve also raised concerns about the child victims of people trafficking.  Some may have been brought to Britain at a young age and face an uncertain future as they are allowed to remain here for only 30 months, or until they are 17 ½.  They then have to go back to their home country, unless they are able to successfully apply for asylum.   The Modern Slavery Act has set up a system of independent advocates for the victims of child trafficking, but at the moment they cover only a third of local authorities.  This service needs to be expanded as quickly as possible.

Nine years after the Equality Act, women still don’t enjoy equal pay with men, so it’s shocking that the UK has not accepted the obligation under the European Social Charter for men and women to be paid the same for work of equal value.  The Government says it will ensure that equal pay protections remain once the UK leaves the EU, but they are not yet delivering so I will continue to press ministers on this issue.