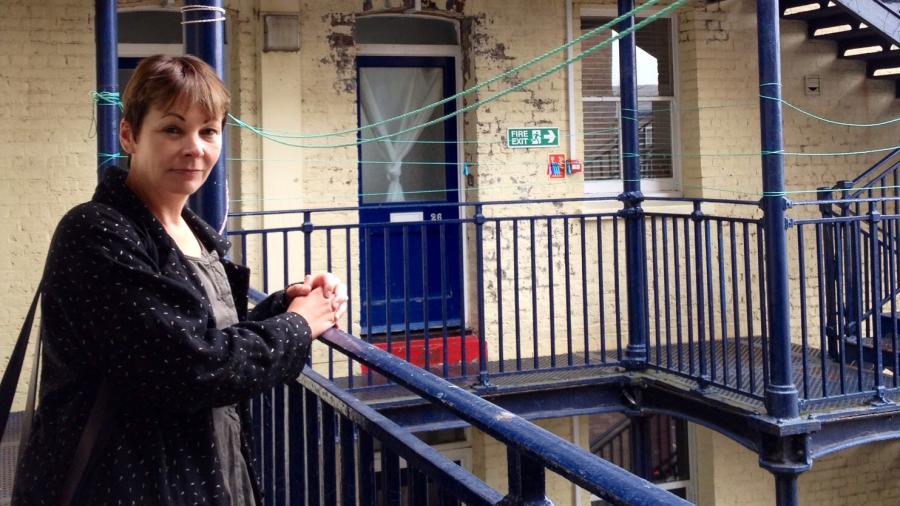 The housing borrowing cap and the need for more social housing in Brighton and Hove
Monday, October 8, 2018

At the Conservative Party conference last week, aside from the distraction of Theresa May cracking jokes and dancing to Abba, she announced that the Government would be lifting the cap on the ability of councils to borrow money to build new homes.

The cap was introduced by the Tories, and along with other housing policies introduced by them decades ago, its role in the housing crisis is significant - effectively stifling local authorities from acting to address the shortage of affordable social housing, including council housing.

Here in Brighton and Hove, where an average earner pays 65% of their salary for a typical two-bed flat, we've increasingly seen the impact of the housing crisis and the devastation and hardship it can cause. A city where renting in the private sector is a struggle for many, and where access to social housing is near impossible for those who desperately need it to bring down their outgoings and reduce financial pressures.

In April 2018 there were 14,784 people on the waiting list for social housing in the city.

In March 2018 there were 1,705 households living in temporary accommodation in the city.

The 2017 Shelter report, Homelessness in Britain, states that 1 in 69 people living in Brighton and Hove are recorded as being homeless - either rough sleeping or living in temporary accommodation.

The situation is desperate.

In August I wrote to the Chair of the Housing and new Homes Committee at Brighton and Hove City Council, Anne Meadows, about the emergency and temporary accommodation they use to house vulnerable residents. I've long argued about the condition of some of the properties they lease from private landlords, and called for the council to be creative, and to follow others and use the existing borrowing options available to them to buy or build their own accommodation.

With Theresa May's announcement, I've gone back to Councillor Meadows to prompt a response. Anyone living in Brighton and Hove will recognise that housing is the biggest issue in the city, and with the announcement there's even more reason for the council to explore the options it has to raise the capital it needs to get building and buying.

With the Prime Minister boldly also announcing the end to 'austerity', I'll be reiterating my call to properly fund local authorities, who have seen their budgets slashed so severely in recent years.

With some council departments struggling to cope, like the planning department, who announced in the summer that they would not take telephone calls for a three month period to allow officers to try and clear the backlog of work that had built up, our local authorities should be properly resourced to ensure that they have the capacity to address the urgent need for new homes in the city.

Sourcing shelter for rough sleepers is something that cannot wait until the detail of Theresa May’s announcement becomes clear. Last year Green councillors pushed the council for a night shelter, and were instrumental in the setting up of the winter provision at the Brighton Centre.

Whilst I’m pleased a similar arrangement is being planned for this winter, alongside the development of a Rough Sleeping Hub, which will provide short-term shelter, advice and support, we urgently need a year round facility. I’ve written to the council about their plans for money allocated via the Government’s rough sleeping strategy, and whether extending night shelter provision will looked at as a priority from this funding.

It’s vital that the recent policy announcements made by the Government translate into concrete plans to ease housing pressures in the city, and tackle the outrage of homelessness and rough sleeping.

The announcement today that the Government intends to lift the cap on local authorities borrowing to fund new developments, has prompted to me see whether you are able to get back to me regarding emergency and temporary accommodation in the city, something I raised in my earlier message last month.

I remain very concerned about the standard of some of the accommodation used by Brighton and Hove City Council to house vulnerable residents, and with the significant increase in cost, I believe there is a financial incentive for the Council to provide temporary and emergency accommodation of its own.

I'm interested to know what you see as priorities, and whether you agree that looking at the current arrangements, where large amounts of public money is being paid to private landlords, needs reviewing, including in-house options being explored.

If you would like to receive weekly email news bulletins from Caroline Lucas please reply to this message putting 'email bulletin' in the subject line.

For details on how your personal information is used, how we maintain the security of your information, and your rights to access information we hold on you, please visit: https://www.carolinelucas.com/get-in-touch

With emergency and temporary accommodation costs rising at a staggering rate in recent years, leaping from £516,000 in 2013/14, to £2.768 million in 2017/18, please would you update me on the steps that Brighton and Hove City Council is taking to address this?

For a number of years I have been raising my concerns about the standard of the accommodation that the council leases from some private landlords, and argued that many properties are not fit for purpose. The rising cost under the current arrangements simply reinforces my view that the council should invest in providing emergency and temporary accommodation of its own.

With homelessness in the city and affordable accommodation being such a significant problem for many people living in Brighton and Hove, it's a scandal that private landlords continue to profit from public money, often providing sub-standard accommodation, when alternatives could be considered. It would be helpful to have more information about the extent that the option of borrowing money to build emergency and temporary accommodation has been explored.

I recognise that the current Government's housing policy, and its austerity agenda, is a significant factor in the desperate increase in housing issues we've seen locally. I'm also aware that local authority funding cuts present a significant barrier to the council in a number of areas. However, the borrowing options the council has available to utilise, eg the Public Works Loan Board, and the evidence about the increasing cost of sourcing accommodation in the private sector, does suggest that there could be some funding streams available to pursue, and that there is some urgency to do so.

If of course there are any barriers to investing in emergency and temporary accommodation via the finance routes that the council has available to it, please do let me know, as I would be happy to raise this with Ministers.