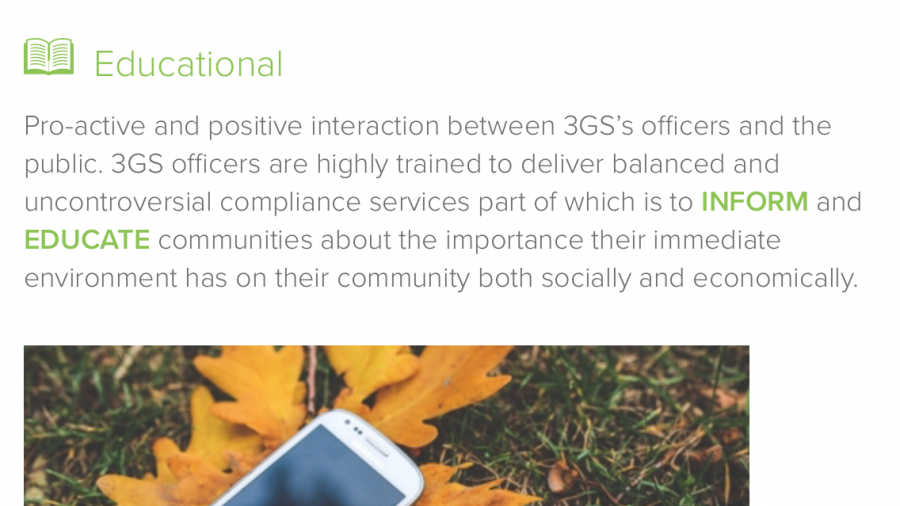 Tackling litter in Brighton and Hove
Monday, November 13, 2017
Since Brighton and Hove City Council agreed a contract with 3GS Environmental Solutions in 2016, I’ve received scores of emails from local residents and business owners who have been left feeling exasperated by the fines they’ve received for ‘littering’, when in many situations it hasn’t been the case at all, or a genuine mistake has been made – like placing cardboard in the wrong recycling bin.

Litter in Brighton and Hove is a serious issue, and I do of course understand that the Council has a responsibility to tackle the problem. However, I am increasingly concerned that by awarding the contract to a private company, profit is now the key motivator behind the Fixed Penalty Notices (FPN) being issued in some circumstances.

I’ve written to Adrian Ash, Interim Assistant Director for City Environmental Management, and Councillor Gill Mitchell, the Chair of the Environment, Transport and Sustainability Committee at the Council, to highlight the concerns I have about the current contract with 3GS Environmental Solutions.

I would like them to look at taking the contract back in house, allowing for greater transparency, flexibility, and control, about the best way to tackle the litter problem in the city.

I’ve copied my message to Adrian Ash and Councillor Mitchell below, in addition to some of the correspondence I’ve received from my constituents about the unfair fines they have received.

I continue to receive correspondence from constituents and local business owners about the litter fines they have received from 3GS Environmental Solutions.

I do of course recognise that litter is a problem in the city which needs to be tackled more effectively, but I am concerned about some of the circumstances that have led to fines being issued, especially when it is clear that no littering has taken actually taken place - eg recycling has simply been placed in an incorrect recycling bin – not in any malicious way to deceive, prompting a £300 fine. I’m aware that fines have been issued for other questionable reasons too, such as a commercial bin lid not being closed properly, or a business receiving a fine because a customer has disposed of cardboard with their business address on incorrectly.

In many of the cases I’ve been contacted about, a warning, or guidance, would seem a more proportionate response – and I fail to see why it isn’t possible for this to happen. The Department for Environment, Food and Rural Affairs (DEFRA) guidance on the issue of Fixed Penalty Notices (FPN), clearly states that issuing an FPN should be a proportionate response, that they should not be issued where there is no intent, and that in cases of accidental littering the offender should be given the opportunity to pick it up: https://www.gov.uk/guidance/enforcement-officers-issuing-fixed-penalty-notices. The correspondence I’ve been sent suggests that 3GS are ignoring DEFRA guidance.

In particular, I feel that small businesses are being targeted by 3GS Environmental Solutions. I do not see the logic in 3GS officers scouring communal recycling bins looking for cardboard with business addresses on them, when bigger problems with litter exist in the city – such as tackling beach litter over the summer months, and improving the problems with intentional fly-tipping in areas like Hanover and Elm Grove and central Brighton.

Please would you confirm when the current contract with 3GS ends, and whether Brighton and Hove City Council will look at taking the contract back in house when that happens? I believe Merthyr Tydfil have recently taken their contract back in house after complaints, including accusations of bullying behaviour from 3GS Environment Solutions officers, and it’s something that I would like to Brighton and Hove City Council to consider.

Correspondence from my constituents includes:

“We have recently been fined for having our commercial bin lid open. My point is that there was no rubbish visible or littered on the ground just black bags showing where the bin was not closed completely. There are so many issue with other areas that have litter scattered all along the roads and yet he chooses to target a bin that has its lid open.”

“We are having an issue with the council. We run a small family business that has been serving our customers since 1934! We recycle all our plastic and cardboard and comply with all legislation. We have waste transfer notes in place.

We had a person come in wearing a body camera tell us we have been dumping rubbish and do not have waste transfer notes. He gave us two tickets each for £300 and we were told there is no appeal process.

We showed him upstairs where all our cardboard is stored ready for collection by our supplier which comes every two days. We explained we do have Waste Transfer Notes but he said he wasn't interested.

We asked for evidence of what we were accused of but he said he has a picture of a box with our address on. We tried explaining that we wouldn't dump rubbish X miles away when it is collected from our store. We do deliver to our customers twice a week and it would have been a customer disposing of the box.

Surely McDonalds doesn't pay £300 every time a box is found on the street!”

“In my case the fine I got from 3GS might mean the end of the business I have worked so hard on for the last 18 months - and it just does not feel right.

I recently got fined £300 by 3GS when they found a cardboard box addressed to my company in the recycling bins next to my house. I first got a home visit from a 3GS officer who was quite rude and made me feel like an outlaw - and then got a letter from 3GS telling me about the fine and asking about a valid Duty of Care.

As a tiny business which creates so little waste I honestly, genuinely thought that behaving like a responsible citizen and taking the odd cardboard box I would get once every 6 months to the recycling bins was the right way to deal with waste...

I am absolutely not arguing that DoC should not exist. I actually feel very strongly about the environment, cutting down waste to minimum - and most importantly following the law. Had I known about the DoC I would have of course organised it right away. But I just didn't know. And none of the people I know running small businesses around me knew about it either.”

As a company we manage to do most of our recycling internally, we have purchased and use the green commercial waste sacks issued by the council and have diligently adhered to the advice of the man from the council on disposal of our commercial waste.

It's a shame Brighton council isn't more environmentally forward thinking like many other towns and cities in the UK where they offer FREE commercial cardboard pickup, (as it is after all a saleable commodity.)

To give out a £300 fine for essentially putting a piece of cardboard in the cardboard recycling is obscene and tantamount to a criminal offence in itself.

I reiterate this was an honest mistake made by someone off their guard and not thinking of their actions which has already caused an alarming amount of upset.

“There’s no doubt that being handed £600 worth of fines for putting a cardboard box in a recycle bin isn’t likely to be well received, especially when informed that there is no appeals process. I understand that there’s no law that states the need to include an appeals process but I do believe that Brighton & Hove City Council has an obligation to protect their residents and businesses alike, to leave no opportunity for mitigating circumstances to be bought to your attention and to give a ‘for-profit’ organisation the ability to, essentially, print their own money without their practices being called to question whilst leaving the recipient unable to appeal strikes me as negligent.

Firstly, I do not agree with people who knowingly break littering rules, we have proof that we recycle our commercial waste and we’re also in an industry where we have to dispose of waste in a responsible fashion which means registering with the Information Commissioners office and using a specialist shredding company to dispose of all of our sensitive waste. I also dispose of my domestic waste responsibly too so I hope that outlines that I take disposing of our waste seriously.

To explain, I left the office one evening with a small amount of cardboard and, because the reception where we usually dispose of our waste was closed, I remembered a recycle bin outside so put it in there then promptly received two notices for £300 each. Since then I’ve been trying to deal with 3GS and have been surprised at what appears to be the deliberately misleading approach they take to answering questions, as the two attached email trails will outline, and the fact that they have completely ignored my email of 26th September, which asks why they have provided an image of a bin that has numerous signs and notices attached but which bears no resemblance to the bin I used, and why they appear  happy to convict me when the bin I did use has no markings to suggest what I was doing was illegal….I suspect these last two points are linked.

I’m not suggesting that disposing of my recycling in the same way again would be acceptable as I now know the rules but, since I have a track record of disposing of waste responsibly and have never received such a notice previously, I don’t believe that I need to be handled in such a heavy handed way unless your intention isn’t based around successful waste management but raising revenue instead. Furthermore, it doesn’t feel in line with 3GS’s email footer of Inform, Enforce, Educate….other than the ‘enforce’ element! To go further, seeing an email footer like that whilst comparing it against their actual practices shows just what they are all about which is hiding behind their supposed function of waste management when all they really want to do is fine people. If that wasn’t the case then we’d be seeing a whole lot more ‘inform’ (bins with correct signage?) and ‘educate’ (coming to speak to me rather than fining me for a first offence?) happening on the streets of Brighton but as yet I’ve seen no such instances so I can only assume that it’s all style and no substance.”