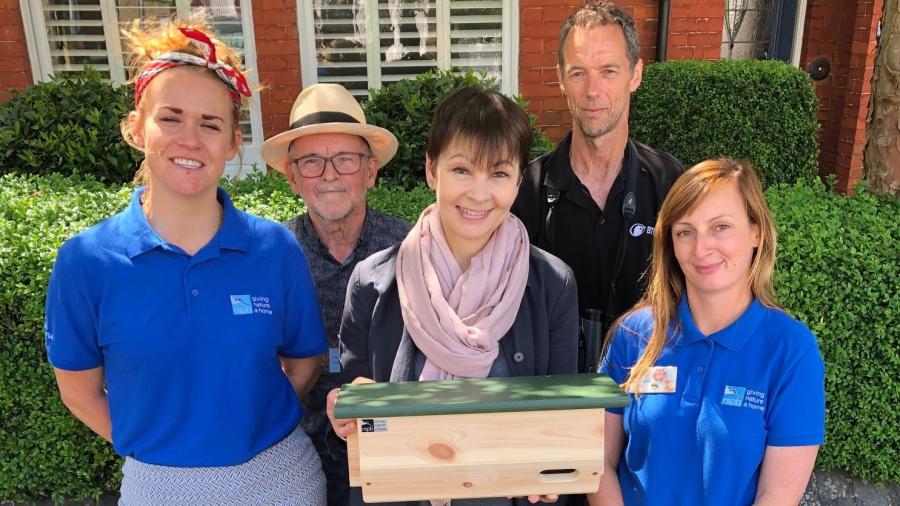 This week - Swift Awareness Week - I met the with staff and volunteers from the Brighton and Hove branch of the RSPB to hear about their work protecting swift colonies in the city.

Swifts were once a very distinct and recognisable sight soaring through our skies over summer months. Yet with their numbers falling at an alarmingly dramatic rate, with more than half of the of the population being lost in the last 20 years alone, it’s more important than ever to raise awareness about the need to encourage swift-friendly habitats, and that we all do what we can to halt these catastrophic decline in numbers.

The swifts in Brighton and Hove fly from Mozambique and are here annually between May to August. Suitable nesting sites are vital. They are “site faithful”, returning to the same nest each year where they are joined by their life-long partner.

Something as simple as including “swift bricks” in new developments (or swift boxes on old ones) can ensure that these extraordinary birds continue to be able to find places to build nests. The RSPB are very happy to offer advice on installing swift bricks and boxes: https://shopping.rspb.org.uk/garden-bird-nest-boxes/rspb-swift-nest-box.html.

As a Brighton resident, and having discovered from the RSPB that swifts have been known to nest in streets near my home, I’ll be adding a swift box where I live, and will be encouraging neighbours to do similar.

As an MP, I’ll also continue to call on the Government to improve protection for our wildlife and natural environment in our national policy-making.

The local authority plays a role too, and I’m pleased to hear that Brighton and Hove City Council is responding to concerns being raised by the RSPB, and that at a recent Committee meeting they have discussed ‘what changes need to be made to both local planning policy and process to ensure that a vast majority of new developments in the city incorporate swift boxes and/or bee bricks’.

Nesting sites is one part of the problem, food supply is another. With swifts feeding largely on flying insects, and with research suggesting that flying insects have declined by more than 75% in nearly 30 years, I will be going back to the Council to reiterate my concerns about the need for them to use non-chemical alternatives to pesticides in the city’s parks and green spaces.

Action for Swifts, a national group of swift enthusiasts, have started an annual awareness week to draw attention to the plight our swifts face. It runs between 22-30th June, more information about community events, including an event organised by the Brighton and Hove Swift Project on the 27th June, can be found online here: https://www.google.com/maps/d/u/0/viewer?ll=54.60584220033658%2C-2.0664699646847566&z=6&mid=1M45qgozcM3ImJOSOOV3V2r9ZnqVRx5Ir.