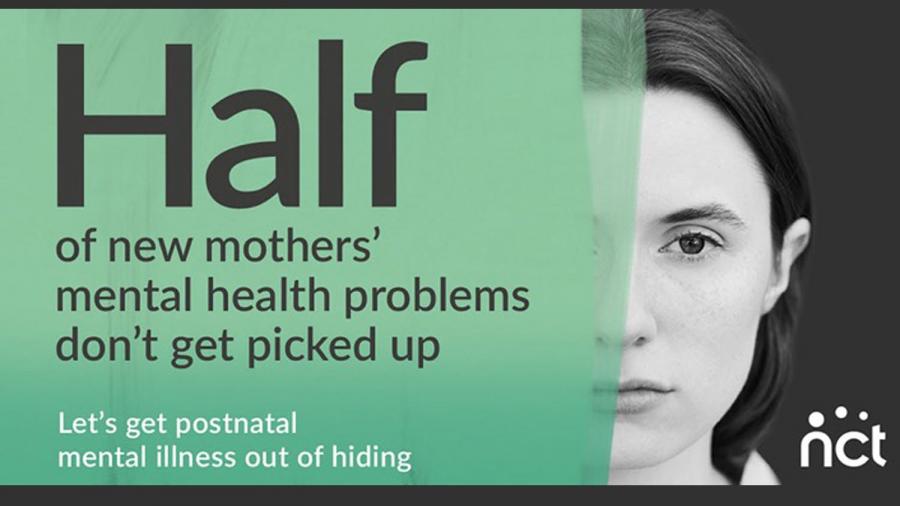 NCT is the UK’s largest charity for parents and each year it supports millions of parents through the crucial First 1,000 Days of parenting, offering important evidence-based information, as well as practical and emotional support.

It has surveyed a thousand new mothers in 2017 and 2019, and found that half of them had had a mental health or emotional problem either during the pregnancy itself or postnatally.  Worryingly, many of them told the NCT they were too embarrassed or afraid of judgement to seek professional help, and nearly half hadn’t had their problem identified by a health professional, and so hadn’t received any treatment.

They said that while baby checks were routinely carried out, the maternal check was either not done at all, or squeezed in at the end of the baby check appointment, resulting in a rushed conversation.  Nearly half the mothers said this maternal check amounted to a less-than-3-minute discussion about their own health at the six-week check.

I think we can all agree that these figures are shocking as parental well-being in this early stage of parenthood undeniably has an impact on a baby’s development.  95% of mothers who had a mental health problem said it had affected their ability to cope as a mother or had impacted their family.

From this research, NCT’s #Hidden Half Campaign was born, calling for an improvement in these six-week postnatal check-ups to ensure that all new mothers with a mental health problem can properly access the treatment available.  Of the news mothers surveyed by the NCT, the overwhelming majority of those who had been treated for a mental health problem said that the treatment had helped, so it’s clear just how important it is that treatment is offered to those who need it.

I have been working closely with NCT to achieve this and I’m delighted that NHS England has announced that all GP practices will get funding so that mothers get a dedicated six-week postnatal check up to discuss their own health with a GP or healthcare worker.

I hope that this new funding will allow mothers to feel more comfortable disclosing mental health problems so they can receive the effective treatment and help they need.