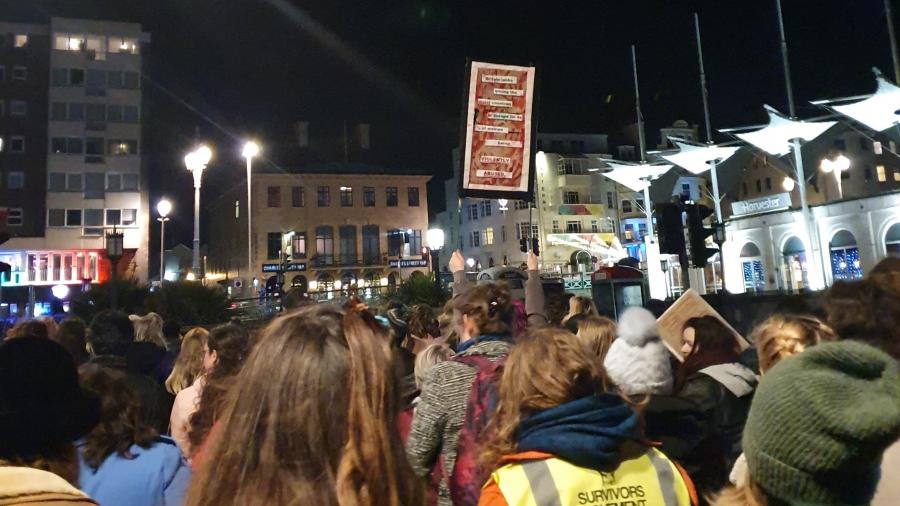 Image: from a previous reclaim the night protest

It shouldn't be difficult - women should be able to walk home from visiting a friend, go for a run in the park, cross a badly lit street or do any number of normal things without being afraid or unsafe. Without being judged. And yet we can't.

The tragic case of Sarah Everard is a painful reminder, once again, that women are unsafe every day, doing the things we should be able to take for granted. That she appears to have been killed by a police officer is shocking. That part of the police response is to advise women to stay at home if they are scared is chilling.

Most women I know consistently censure their behaviour, often automatically, to reduce the risk of being attacked, abused and harassed. We clutch the keys in our pockets, look over our shoulders. We think about whether we can run in a pair of shoes, avoid certain areas and agree to check in with friends. Sometimes we do all this and still get raped or murdered.  And somehow, it's still women's fault.

Most attacks on women don’t happen on the streets - they happen everywhere else. In our homes and in our workplaces in particular. They happen to almost all of us.  97% of young women in the UK  have been sexually harassed.

And we are still made to feel it's our fault.

We have had enough. We have had enough of official statistics that count how many women have been raped rather than how many men have raped women. Violence against women is perpetrated by men and we need to be much more honest about that reality so we can work - together - to change it.  Because if you aren’t actively working to help make it stop then you are complicit.

There is no Government road map to lift the restrictions imposed on women day in day out by misogyny - a deadly virus that infects every part of our society. One transmitted by patriarchal power structures and with no vaccine that's going to make us immune.

For Sarah, for every woman and girl, it's time to make it stop.