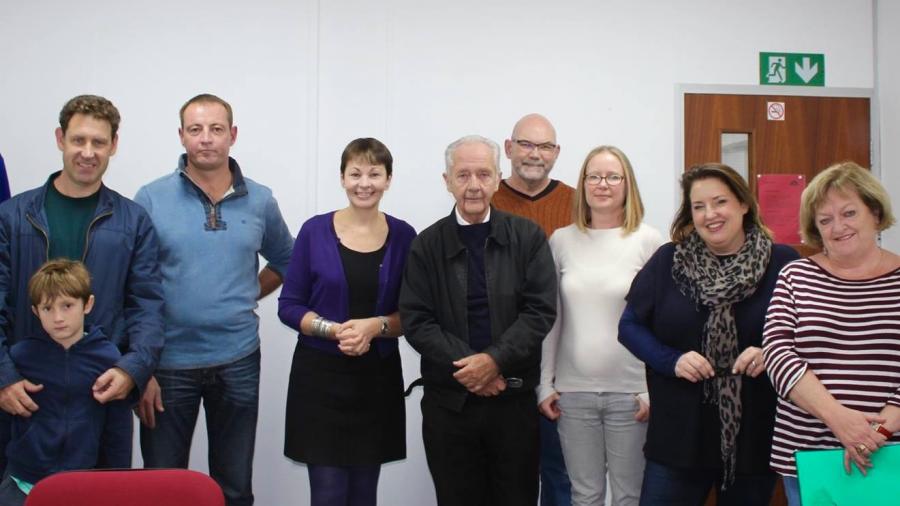 On Friday I met with the Save the Dyke Pub campaign group.

They formed following the closure of The Dyke Road Tavern, a much loved community pub in my Brighton Pavilion constituency. The pub has since re-opened as a second hand furniture store.

The pub is very much missed by local residents, and they are exploring whether they might be able to register the building as an Asset of Community Value (ACV). If successful, it means that if the owner decides to sell the building, the local community acquire the right to bid on it. It also allows a window of time to explore ways to fundraise and come up with viable plans before the building is sold.

The Campaign for Real Ale (CAMRA) have been highlighting the impact pub closures have on local communities up and down the country. They’ve been raising awareness about how ACV legislation can help to protect community pubs from closure. Figures published by CAMRA seem to suggest that although pub closure rates have slowed a little, as many as 21 per week were still closing during the first half of 2016.

Over 1,500 pubs have now been listed as ACVs, and greater awareness means that many more much-loved community pubs might also soon be listed. The ACV legislation does have limitations, however: it’s essentially a right to bid, rather than a right to buy.

Wandsworth Council have actively been exploring how to better protect pubs at risk of redevelopment, including the use of what is known as an Article 4 direction to protect some 120 Wandsworth pubs, as well as ACV listing. I’m looking at whether the steps they have taken could be replicated in Brighton and Hove. And I'm looking at how I can best press ministers to improve the national planning rules around 'change of use' of pubs, including by tabling Parliamentary Questions and an Early Day Motion.

As an active member of the All-Party Parliamentary Group Save our Pub, it’s a subject dear to my heart. I’ve been working hard in Parliament to call for measures that offer better protection to landlords from the big pub chains, and to tackle some of the key issues that landlords face.

Following my meeting with the Save the Dyke Pub campaigners I’ve written to the owner of The Dyke Road Tavern in the hope of getting him and local residents together for a meeting to discuss the future of the pub – and to hopefully find some common ground.

Pubs play such an important role as meeting places; bringing people together – yet it’s often only when a community pub faces closure that the real value it brings is fully recognised. Hopefully this is changing. With greater awareness of ACV legislation, in addition to a better understanding of the challenges many smaller landlords face; and the predatory tactics used by large pub chains, our pubs will be better protected from unwanted redevelopment.