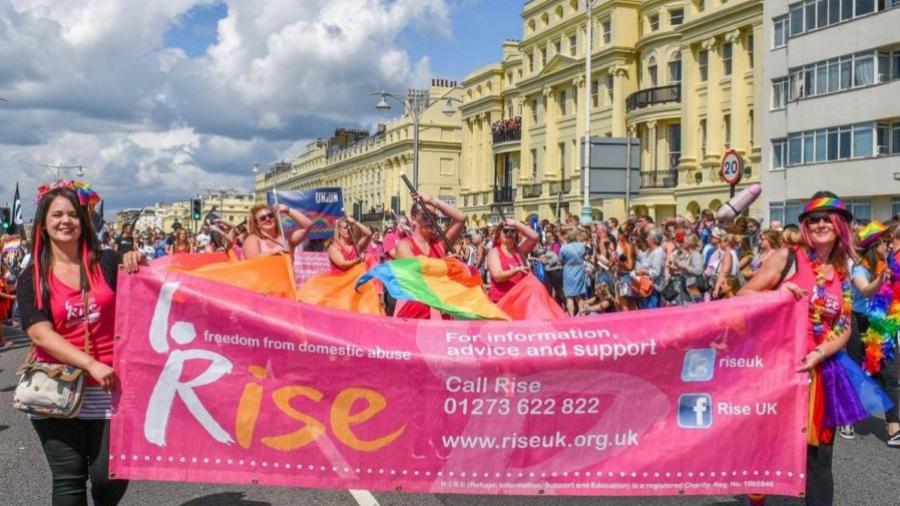 Like so many people in Brighton and Hove, I was shocked and saddened to hear that RISE, a hugely respected charity in the city who’ve provided vital support for survivors of domestic abuse for over 25 years, have lost contracts to operate outreach and refuge services.

From my contact with RISE over the last 10+ years I very much recognise that they are so much more than just a domestic abuse service: they are community champions, and passionate advocates for positive change who campaign at both a local and national level to improve support for those impacted by domestic abuse - in all its forms. It’s no surprise that residents are upset, angry and concerned about such a pioneering and established local charity losing contracts to national organisations.

I’ve frequently worked alongside them, often drawing on their experience in my parliamentary work, including last year on the Domestic Abuse Bill, where I worked with them to propose a new clause which aimed to guarantee anonymity for survivors of domestic abuse.

As soon as I heard news of the contract award, I contacted RISE’s Chief Executive, Jo Gough, to understand how this could have happened, and to explore what could be done.  I’ve also been in touch with councillors, officers and the Chief Executive of Brighton and Hove City Council to try to get some further clarity on the tender process for the contracts.

From the information I've seen so far, much of the decision-making process started some time ago, with key decisions made in 2018 and 2019.  This led to the contract ultimately being decided by a competitive tender process, from which councillors are excluded.  While this is apparently in line with best practice in order to guarantee independence, there are significant risks and failings in this approach.

The fact that another council, East Sussex County Council was leading on much of the tender process on a Sussex-wide basis, together with multiple changes of senior officers at BHCC during the tender process, changes of Committee Chairs, and the Neighbourhoods, Inclusion, Communities and Equalities (NICE) Committee merging with another, seem to have further muddied the picture.  It made what should be a clear process, open to public scrutiny, much harder to navigate – especially now that questions are, quite rightly, being asked about how this process unfolded.

It is of course vital that public money is spent well, and whilst the national legal framework and government rules around the competitive tender process is supposed to allow for bids to be evaluated fairly, and independently – eg without politically-motivated decision-making - I'm concerned that the definition of ‘value for money’ does not allow enough weight to be given to social value, and that this is a factor in the outcome of this tender process.

Some of the questions I've asked BHCC very much echo those in the RISE petition.  But there are broader questions that I'm keen to follow up on too.

Whilst I don't have any say in decisions that fall within the control of BHCC, we have seen multiple examples where services provided by local organisations have been awarded to national providers.  The current processes seem to be unfairly weighted towards larger providers, who have access to greater resources to draw on when submitting contract bids.

I will continue to look further at specific points I might be able to raise with Ministers about national procurement processes, including aspects which, while they’re designed to allow for all bidders to be treated fairly, seem to fail to adequately reflect the true social value that comes with reputation, embedded social capital, and factors such as local connections and local employment opportunities.

I’ll continue to keep in close touch with RISE, and to offer them all the support I can.  I’ll also raise issues around procurement policy nationally - including scrutinising the Government's Green Paper on public procurement.  This needs to be used as a genuine opportunity to eradicate flaws and unfairness in current processes, and not as a mechanism by the Government to further squeeze services through the guise of competition, making 'value for money' dictate decision-making, instead of quality of service.