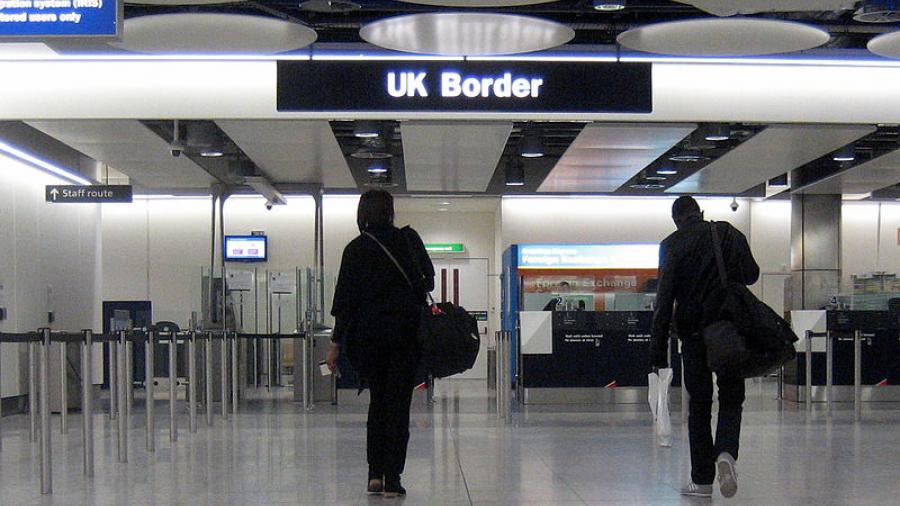 Thank you so much for being here today

This vile and vicious policy is inhumane, unworkable, probably illegal and certainly immoral

We’re here to say – not in our name

Rwanda, a country which our own Government said last year was guilty of human rights abuses and torture

Rwanda, one of the poorest countries in the world, with almost double the population density of the UK, and yet which, per capita, is already hosting 5 times as many refugees as the UK.

Yet we know, as they must surely know, that the only thing that would break that business model would be to offer safe and legal routes to asylum in this country.

People only risk their lives in flimsy boats in the Channel because they’ve literally got nothing left to lose.

The countries they’re mostly fleeing from – Iraq, Iran, Eritrea – are countries where their lives are already at risk.

In the powerful words of the Somali-British poet Warsan Shire:

No-one puts their child in a boat unless the water is safer than the land.”

The awful truth about this policy is that it will push up the price for human traffickers, and see *more* people smuggling, as desperate people try to leave Rwanda.

We know it won’t work

The Home Office knows it won’t work – and indeed we learn today that civil servants said as much before Priti Patel used a Ministerial Direction to over-rule them.

This cruel and callous policy is simply a cynical calculation designed to stoke woke wars, and bolster the Conservative Party.

The similar Australian offshore system has been condemned by UN Commission for Human Rights – it’s led to widespread suicide, self harm, sexual violence and neglect

These are all deliberate political choices which reflect the political priorities of this vicious Government.

And it doesn’t stop here.

The Nationality and Borders Bill is due back in the House of Commons next week, after being defeated for a second time by the Lords.  If passed, it will represent the largest roll back of refugee rights this country has ever seen – including criminalising all those coming across the Channel, with sentences of up to 4 years.

This at a time when this Government has already betrayed so many people in Afghanistan who worked with this country, who risked their lives for this country, who were promised protection, and who’ve now simply been left to face the consequences.

Friends, I’m so proud that Brighton and Hove is a city of sanctuary

do so much to support refugees and asylum seekers

We don’t deserve political leaders who are so devoid of imagination, of compassion

But we can overturn it – Israel had a similar agreement with Rwanda and activism and protest managed to get it stopped.

We can do the same

So we’re here to say Britain deserves better than this