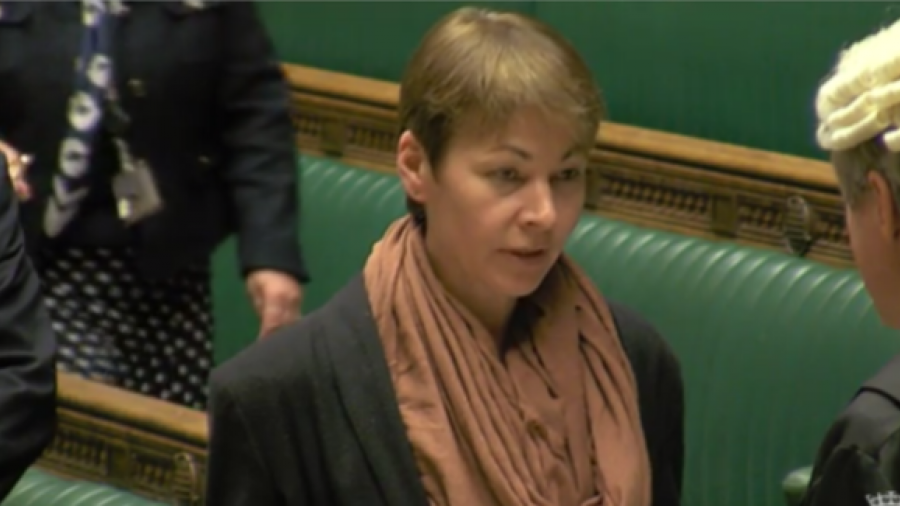 Caroline Lucas, the Green MP for Brighton Pavilion, has labelled the Queen’s speech as a ‘missed opportunity’, which fails future generations.

Lucas is demanding that the Government acts with urgency to solve the environmental and social crises facing Britain.

Lucas criticised the Government for its failure to take action on climate change.

“The glaring omission from the Queen’s Speech is any substantial action on climate change. The evidence in favour of urgent action could not be clearer, yet the Government is set to sit idly by and miss this historic opportunity to be a world leader in facing up to the climate crisis. Credible solutions to tackle climate change and rebuild our economy exist, but the lack of environmental policy in this Queen’s Speech shows that the Government is failing in its responsibility to future generations.

"If the Government is serious about playing a leading role in the climate talks in Paris later this year then it must do more than offer warm words on climate change. Minister must shelve plans for fracking and take action to invest in a renewable energy system fit for the 21st century.”

Lucas went on to say:

“This Queens Speech is dangerous and damaging, locking in austerity and failing to make the investment in the green economy which would address the climate crisis and create 100s of thousands of new jobs.

"While some measures– such as an extension of free childcare – are welcome, the substance of the Queen’s speech underlines the short-sightedness of this Government.

“Plans to sell of even more social houses, from a Government that has utterly failed to build enough new homes, will further deepen the serious housing crisis we face in this country.

“The EU Referendum Bill, which rightly gives British people a say on our place in Europe, should have given 16 and 17 year olds the vote, but it fails to do so.

“A further rise in the tax free threshold does far too little to help the one in five workers earning less than a Living Wage, and won't compensate those hardest hit by the devastating cuts to social security that we’ve seen over the last five years."