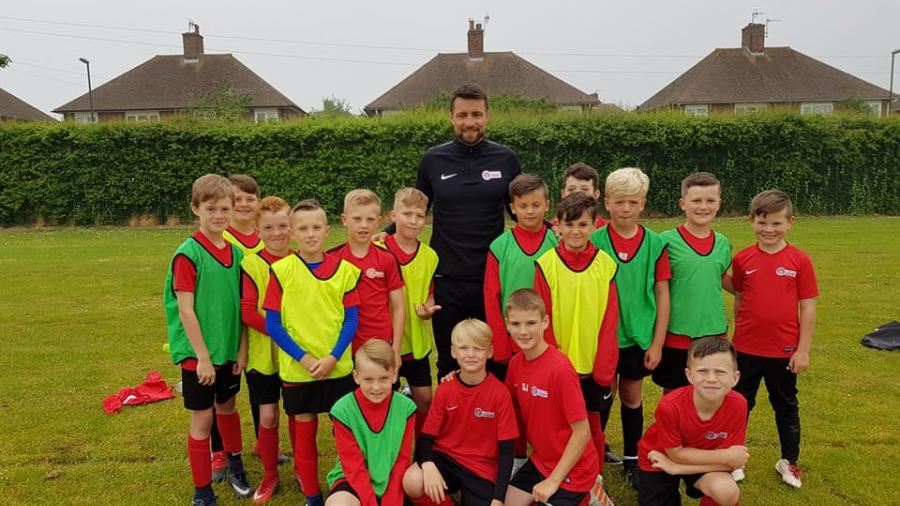 The Walsall player-coach and former Scotland defender has spoken out about his strong commitment to the environment – and called on players and clubs do more to reduce their impact.

Russell recently met with the former Green Party Co-leader to discuss the work of his Foundation, which uses football to improve the lives of children from deprived backgrounds in Brighton.

A vegan for four years, he drives an electric car and promotes sustainability to the young people he works with – but he has now decided to get behind the Greens and their plans to become the third-biggest party in England.

Russel Martin said: “I’ve voted Labour all my life – but knowing Caroline, what she stands for and what the party represents, I decided joining the Greens aligns with my values and morals.

“At the Russell Martin Foundation we’re working towards creating a community hub to give more opportunities to kids from deprived areas, and we’re building sustainability into that – like Forest Green Rovers on a much smaller scale.

“But I think Premier League clubs should be doing a lot more for the environment. It tends to be bottom of their priority list – but they need to be more socially conscious and make sure they’re cutting down on disposable plastic bottles, reducing their energy use and getting their money out of fossil fuels.”

Caroline Lucas MP said: “Russell does incredible work with the community in Brighton, so I’m immensely proud to welcome him to the Green Party.

“So many football clubs do great work to get young people into sport and improve their health and happiness, but too often they forget about protecting the environment our futures all depend on.

“Premier League clubs should take inspiration from players like Russell by greening their stadiums and rejecting sponsorship deals with climate-wrecking corporations.”