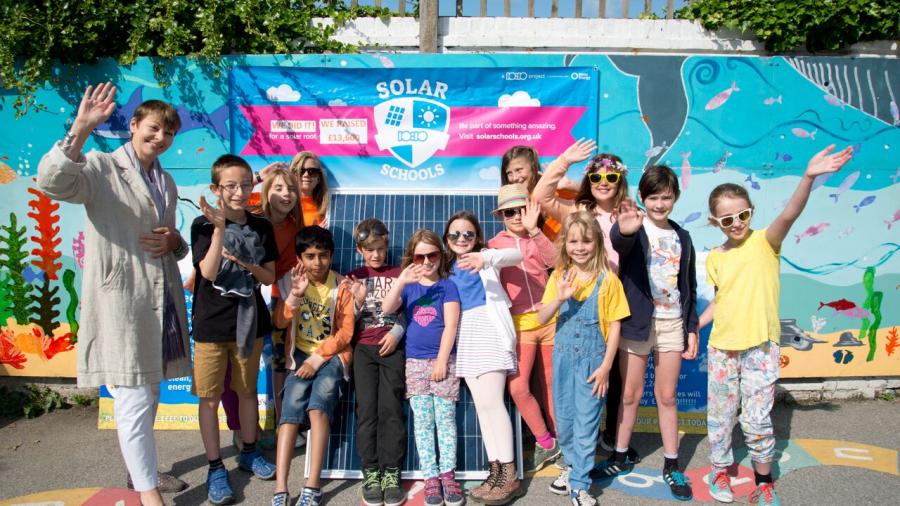 Caroline has tabled a motion in Parliament today [Tuesday 11th October] calling on Ministers to reverse a decision to hike taxes for businesses, schools and community groups who are generating their own solar power. [1]

Caroline, who is joined in signing the motion by Lib Dem leader Tim Farron and MPs from across the House of Commons, is reacting to a decision by the Valuation Office Agency to change the rules around Business Rates meaning that businesses and community groups creating their own energy will be taxed [2]. Experts believe that the changes could lead to a six to eight fold increase for those groups generating their own electricity using rooftop solar.

Of particular concern to Caroline is the fact that state schools face a tax hike for their rooftop solar, while private schools – which are registered charities – are exempt.

The Early Day Motion, which Lucas put before Parliament today, calls on Ministers to ‘take action to prevent unexpected and extreme business rate rises for solar’. Her call to action happens as environmental groups comes together this week for the ‘Speak up’ week of action on climate change [3].

“This tax hike is a kick in the teeth for businesses, schools and community groups who have invested in rooftop solar. The Government say they support communities taking power into their own hands but then slap a tax hike on those trying to do their bit. I’m deeply concerned that this change will lead to people uninstalling solar – and I urge ministers to reverse this proposal immediately.

“It’s particularly galling that private schools are exempted from paying this tax, while state schools will be forced to pay. It should be scrapped for everyone.”

That this House notes the urgency of tackling climate change and the UK government's signing of the Paris Agreement; further notes the first International Energy Association annual report on global energy investment which warns global investment in renewables needs to triple to meet the Paris Agreement commitments; takes note of the report from the Energy & Climate Change Committee warning that the UK’s existing 2020 renewable energy targets are unlikely to be met; expresses deep concern at the changes to the Rateable Value of rooftop photovoltaic solar panels being proposed by the Valuation Office Agency, which may result in a six to eight fold increase in the business rate charges to businesses, community groups and schools for the use of their own rooftop solar across the UK; notes the popularity, importance and affordability of solar power and calls on the Department for Business, Energy & Industrial Strategy, the Department for Communities & Local Government, and the Treasury to take action to prevent unexpected and extreme business rate rises for solar, and thus guarantee that the industry and its diverse investors are treated consistently to help ensure the rapid and cost-effective transition to a low-carbon UK economy.

[2] Details of the tax hike: http://www.solar-trade.org.uk/business-rates-rooftop-solar-increase/