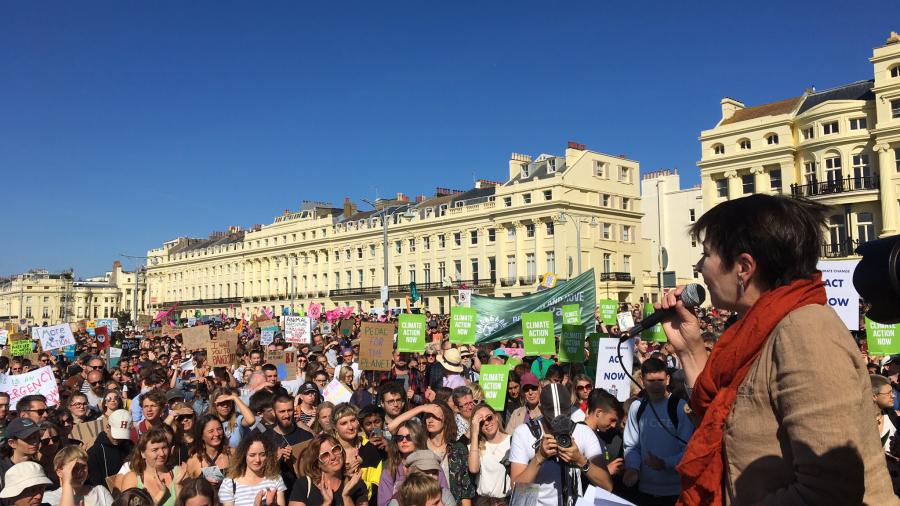 It was way back in 2007, when the storm clouds of the financial crisis were gathering, that I began discussing a Green New Deal with a group of economists and environmentalists.  Twelve years on, it felt like a real achievement to have finally introduced a bill to legislate for a Green New Deal, alongside the Labour MP Clive Lewis.

We launched our Green New Deal Bill on the day of the global climate strikes.  It delivers what the young climate strikers are demanding: a radical response to the climate emergency and biodiversity crisis, and a fundamental change to the economic system which has caused them.

Our Bill recognises that the climate, nature and inequality crises are all driven by the way that our economy is managed, to the benefit of a very small number of people and a few giant corporations, with the price being paid by the rest of us and by the planet. It is clear that we need a bold and radical plan to rise to the challenge and deliver the change that people are calling for, and that scientists say is necessary.  Nor can we put up with economic policies that have led to 20 per cent of people in the UK living in poverty.  We need to transform our economy and society.

That means facing up to three challenges. First, we need to transform the way the economy is managed, so that our democratically elected government, not the ‘invisible hand of the market’, sets our future direction.  With government back in the driving seat, we will be able to balance fiscal and monetary policy so that they work in tandem to stabilise and re-balance the economic system and public finances to enable both government and the private sector to invest in the transformation of our economy and society.

With government in the driving seat, it will be free to work with the private sector to invest in the innovative work programme needed to transform everything from the way that we produce and consume energy, heat and cool our homes, travel, connect our communities, the way we grow our food and the way we work.  This investment will create jobs and generate income, including tax revenues for government. In other words, the investment will pay for itself.

We must also move away from the pursuit of endless growth as the primary goal and instead prioritise the improvement of people’s health and well-being, reducing inequality, tackling the climate emergency, and restoring our natural environment on we ultimately depend.

Our second challenge is to transform our society so that it is fairer and works better for all of us, without breaking the ecological systems on which we all depend. We won’t be equipped with everything when we begin, but we already know more than enough to start. And it will need the contribution of every single one of us.

Ultimately, the Green New Deal must become the focus and primary objective of all government departments, both national and local. It will need businesses to come on board too. Investors, small and large, will have an important role to play. We will need to think more creatively about expanding the kind of enterprises that can deliver the Green New Deal, whether they are publicly or worker-owned, or co-operatives.

It will need all of us: workers, investors, creatives, engineers, scientists, farmers and factory workers, administrators and accountants to come together in our workplaces and in our communities. The Green New Deal will need all of our skills, talents and resources to bring about the transformation of the UK.  The economy and society we create together will enhance all our lives, both now and for future generations. It will be framed and enabled nationally, but key elements will be devised and delivered locally.

We will need more legislation to unlock the full potential of the Green New Deal, but we can take action straight away. We can begin by investing immediately in steps to transform our infrastructure, while we simultaneously legislate for a Green New Deal that will restructure our economy and the finance system to enable us to support the transformation of almost every aspect of our lives, and to come together to draw up the ten-year action plan that can transform the UK.

That’s what our Bill seeks to facilitate. When Parliament returns, we will be doing everything we can to make it happen.  We’ll be re-presenting the Bill and would welcome thoughts and comments on how we can improve it. Working together, we can create a better future for all of us.