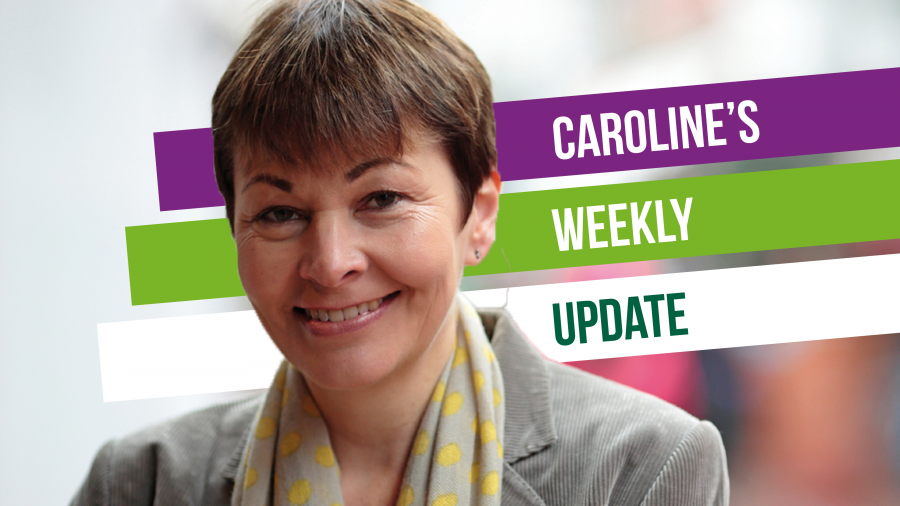 I began my last newsletter with the coronavirus outbreak in Brighton.  It was only three weeks ago, but since then the outbreak is on a completely different level.  I am glad to see that my concerns in mid-February about the lack of timely health information are being addressed and a public information campaign is being rolled out across the country.

There are wider issues, though, about our ability to tackle the outbreak of infectious diseases, particularly around the outsourcing and privatisation of vital hospital services like cleaning.  It is of particular concern when the Government is negotiating trade deals with countries like the US which want a share of our NHS.  I wrote about these concerns here.

I had another chance to question the Prime Minister last week and challenged him on the Court of Appeal’s ruling that the Government’s decision to give the green light to the expansion of Heathrow airport broke the law on climate grounds.  Boris Johnson famously once said he would lie down in front of the bulldozer to stop the building of a third runway which may explain why the Government is not appealing the judgement.  But it doesn’t let the Government off the hook.  All its infrastructure policy plans should now be reviewed to see if they comply with the Paris Agreement and the UK’s climate laws.  You can see my exchange with the prime minister here.

I have been campaigning for a change in the law on housing allowance for homeless young people under 25, and for care leavers.  At the moment, the housing benefit available for homeless is much less for those under 25 – even though there is no difference in the rent they have to pay.  Care leavers receive the higher rate when they leave care, but only until they are 22.  Then they lose it.  It would cost comparatively little for the Government to correct this injustice.  I was joined by about 50 MPs from all the main parties in writing to the Chancellor to ask him to use the Budget to give some of the most disadvantaged young people a chance to move on with their lives, by making sure they have enough for a roof over their head.  I wrote about the campaign in my column in Metro.

On Thursday I attended a meeting of the Community Action on Homelessness Group who work to address homelessness in Brighton and Hove and updated them on the campaign.  I'm currently collecting signatures for a petition so that the matter can be raised again in Parliament.  If you would like to sign then please contact my local office on: brightonoffice@parliament.uk

It’s not only young people who are at risk of homelessness.  The shortage of affordable housing in Brighton is intolerable and it’s being aggravated by private properties being used for short-term lets, via platforms like Airbnb, rather than homes.  I want the Government to give local authorities like Brighton and Hove the power to regulate this sector, and I’m asking for residents’ views.  I’d be very grateful if you might take a few moments to complete the survey on my website.

A letter to the prime minister from SEND schools

I joined several other MPs and headteachers from SEND schools in handing a letter in to 10 Downing Street, calling for more support and funding for children with special educational needs. I was glad to see the headteacher from Downs View School in Brighton, Adrian Carver, in the delegation and he told me of his concerns about the marginalisation of children with special needs and the impact of inadequate funding, which has led to bigger class sizes and less support for some very vulnerable children.

The fight to save the Hippodrome

The annual register of the Theatres Trust yet again named the Brighton Hippodrome the number 1 theatre 'most at risk' and I’m really concerned that it will deteriorate even further if it isn’t brought back into use very soon. I’ve been urging the Council to issue a Repair Order on the current owner, so far without success.  On Friday I met with Jonathan Suffolk, the Technical Director of the National Theatre, to discuss what options are available to protect this wonderful old building and to explore possible avenues to help bring it back into use.

On Friday, I attended a residents’ meeting about last year’s Pankhurst Avenue fire. The meeting was an opportunity for residents to speak in person to their landlord, Guinness Partnership. Six months on from the fire, and with people still displaced from their homes and living in interim accommodation, it's understandable that those affected are increasingly anxious to find some resolution. I will continue to support them with this, as well as raising broader concerns about the scale of the problems within building control, including the mechanisms in place for 'approved inspectors' to sign off buildings as safe.

I contributed a chapter to a report from Oxfam and the Foreign Policy Centre about Britain’s role in the world and building a values-based foreign policy.  I focused on the upcoming UN climate summit in Glasgow in November, and what the Government needs to do to ensure this summit is a success and how its claims of climate leadership need to be matched by effective climate action.  You can read my contribution here.

I was delighted to accept an honorary fellowship from the Society for the Environment, which promotes knowledge and education on good environmental practice among environmental professionals.  Thank you to the chairman of the society, William Pope, who came to Westminster to give me the award.

I have asked a number of questions of ministers, in particular over the Government’s plans for a points-based immigration system.  There has been a lot of publicity about the salary threshold for people coming to the UK to work, which is discriminatory on so many levels.  It will also have a huge impact on many sectors like construction, hospitality, agriculture, food processing, retail and more which pay lower salaries than the threshold.

On Saturday I chaired a panel for International Women's Day at Brighton Dome where we discussed the question "What are the global impacts of climate change on women and how are women responding both locally and around the world?" What should our priorities be now?' I was joined by some amazing women on the panel who spoke about leadership, action, power and how women can respond to the climate emergency. The event was organised by Brighton Women’s Centre who, once again, pulled together the city’s largest annual International Women’s Day celebrations.

This free and inclusive all-day event celebrates women’s achievements while raising vital funds for the Women’s Centre and the amazing work they do here in Brighton.

I also spoke at Brighton Sofar on Friday evening for their special International Women's Day show.