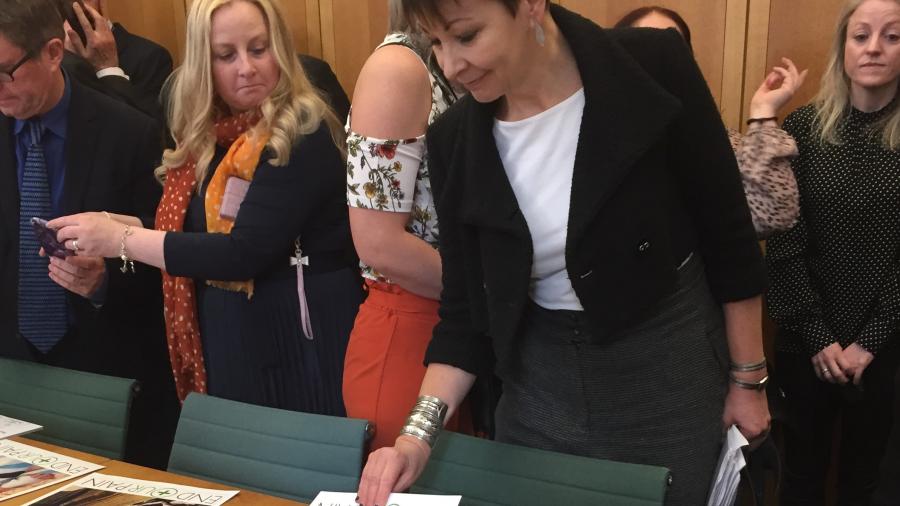 Many of you will have heard that there have been further cases of coronavirus in the city.  I’m doing everything I can to put pressure on the authorities to be more open about the information they give to people.  Public Health England is following up all those who may have been in contact with the confirmed cases, and the local NHS has given very clear advice on how to minimise the very small risk of catching the virus – you can find it here.   You can find my statements on the outbreak on my website here.  I know that people in Brighton and Hove will look out for each other, as you always do.

I was delighted to attend the launch of Nature2020 at Brighton Marina, the start of a year-long community led celebration of biodiversity.  The aim of Nature2020 is to encourage local communities and organisations to protect their local environment.  We are lucky that we have a UNESCO World Biosphere region – the Brighton and Lewes Downs – one of only seven in the UK.  There are lots of events planned over the year, which I hope many of you will be able to support, and Brighton Festival is backing Nature2020 by giving the children’s parade the theme Nature’s Marvels.  As the launch was on January 31st, the day we left the European Union, I was glad to have something to cheer me up.

I was pleased to speak during the Second Reading of the Agriculture Bill last week, as MPs debated how rules governing food and farming will change post-Brexit.  While I very much support the concept of public money for public goods, I’m concerned that the Minister was unable to confirm that the higher standards our farmers are expected to meet won’t be undercut by unfair competition from imports which don’t meet those standards.  You can read my speech here – I spoke just after 8pm.

I also spoke at two important Westminster Hall debates.  During the first, on climate justice, I talked about how the climate emergency is a huge international injustice as those who did the least to cause it are the ones who stand to lose the most.  As the host of this year’s UN climate summit, we have an incredible opportunity to reach out internationally in true climate leadership.  So it is deeply worrying that preparations for this summit, known as COP26, seem to be way off track.  I wrote about my concerns in the Independent here.

The second debate, which I opened, was about the discrimination against homeless young people who are paid a much lower rate of housing benefit than those over 25.  There are so many iniquities in our benefits system but this is one of the worst.  Homeless people aged under 25 who have spent time in hostels can’t afford to move into alternative because the benefit they can claim in Brighton and Hove would not cover the cost of a room in a shared house - it barely covers the cost of a garage or parking space.  So they end up trapped in hostels, or sleeping on the streets.  Young people leaving care, who are especially vulnerable, can initially claim the higher rate but then lose it on their 22nd birthday – a loss of £330 a month in Brighton and Hove.  I was glad to see both the Daily Mirror and The Sun – not newspapers who normally cover Westminster Hall debates – report on my speech and treat this issue with the seriousness it deserves.

Train passengers travelling to and from London already face over-crowded trains and high fares.  Now they will be losing direct off-peak Southern services altogether during the upgrade work at Gatwick, which will mean no direct service to Clapham Junction during off-peak hours and having to take the Gatwick Express to Victoria – which costs more than the usual off-peak fare.  This is completely unacceptable.

I have met the CEO of Govia Thameslink, urging him to introduce a stop at Clapham Junction for the Gatwick Express (apparently this isn’t possible for complex timetabling reasons), and for off-peak fares to be reduced to the same level as that available on Southern.  He was sympathetic to the issue.  Ticket pricing is a decision for ministers, however, not GTR, so I have asked a series of parliamentary questions to try to highlight this and to put pressure on the real decision-makers.

I heard some very powerful stories from families trying to access medicinal cannabis for their sick children when I attended a drop-in session at Westminster organised by the campaign group End Our Pain.  One family have sold their house and are spending £2,000 a month buying medical cannabis for their daughter who has severe epilepsy.  The stories I heard showed how life-transforming medicinal cannabis can be, yet although it’s been legal for it to be prescribed on the NHS for more than a year, these families are unable to obtain it.  I signed a letter to the health minister urging him to get these prescriptions flowing as soon as possible.

I am pleased to be a top sponsor of an Early Day Motion, calling for a ban on the use of whips in horse facing.  There is nothing sporting about animal cruelty and it's encouraging to hear that there's such strong public support for a ban.  The next few weeks are a particularly critical time for this issue, since the BHA’s Horse Welfare Board will shortly be publishing its welfare strategy.

Even though there have been changes in taxation and planning law recently to help pubs, we are still losing as many as 18 a week.  The loss of a local pub can be devastating for the community, so with the Budget fast approaching, I signed an Early Day Motion calling on the Chancellor to take further steps to support pubs by reducing their tax burden.  I’ve also written to the Chancellor asking him to cut beer duty.  You can find the letter on my website.

I was pleased to visit a pioneering new education initiative, The Extra Time Project, launch by the Russell Martin Foundation and backed by the Council and 8 local secondary schools.  It’s aimed at KS3 pupils and offers a term of intensive support for pupils finding themselves falling into negative routines in their daily school lives. Although the Project has been running for only one term, early results have been very encouraging.  It was particularly inspiring to talk to some of the young people and with apprentices working with them, and to hear about the difference the Project is making.

I met with Gavin Stewart, Director of the BID, to discuss challenges facing the city, in particular the rising number of empty shops.  Although we’re still faring better than many other areas, I’m worried that so many parts of the city, like Duke St, are losing vital small businesses.  The Council has agreed to pilot a scheme to help with "meanwhile use", but what’s really needed is a much wider review of business rates and greater engagement with landlords over spiralling rents.  I’ll continue to push for this in parliament.

It’s always a pleasure to visit the Foyer - Sanctuary supported living in Brighton, which provides support for 50 young people aged 16-25 to encourage them to develop their skills and live as independently as possible.  They do brilliant work.  The cost of housing was the main focus of our discussions, and the difficulty it presents for young people trying to move on into more independent living - I’ll continue to campaign for higher rates of LHA to reflect the real cost of living in this city.  They also mentioned how much they’d appreciate the offer of a couple of good bikes, so they could organise cycling around the city.  So if you’ve got one in good working order that you no longer need, please get in touch with me!