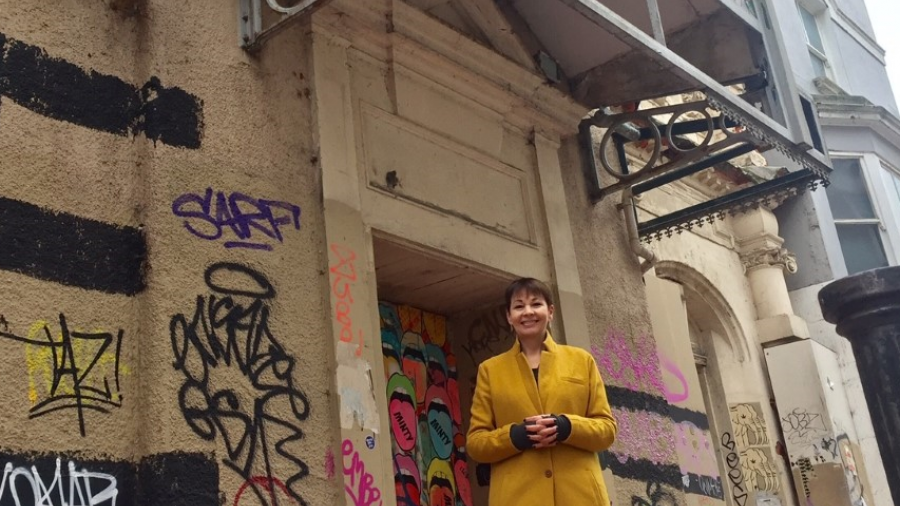 This will be the last newsletter from me with Britain a member of the EU.  It feels very strange and slightly unreal to write that, and our departure from an organisation where I served for ten years as an MEP is heart-breaking.  But there are many challenges ahead of us, in particular the climate emergency, and the battle to stand up for the social and environmental standards that have been fought for by so many.

I was very pleased to be an observer at the opening session of the UK’s first Parliament-backed citizens’ assembly on climate last weekend, able to watch and listen but not permitted to talk to any of the assembly members.  I have advocated for an assembly like this for some time, so I was intrigued to see how it had been organised (brilliantly) and how engaged the 110 members were as they were taken through the scientific evidence and the huge challenges we face dealing with the climate crisis.  The assembly has the backing of Parliament but, critically, not the Government and its remit is only to consider government policy of net zero by 2050 which is not soon enough.  I wrote about my observations for iNews here.

I also spent a fascinating evening at the RSA, listening to Christiana Figueres (a driving force behind the Paris Agreement) and political strategist Tom Rivett-Carnac talk about their book The Future We Choose.  The UK will be hosting the next UN climate summit in November, and they discussed what lies ahead on climate action in 2020, and the road to COP26 in Glasgow.

I had a meeting at Westminster with some of the UK school climate strikers to discuss the possibility of introducing a Private Member’s Bill in Parliament to champion some of their demands.  It’s early days but I will be following up on this, to bring their leadership on climate to Parliament.

I had the chance to question Boris Johnson at Prime Minister’s Questions this week and challenged him on the use of UK export credits to support oil and gas projects overseas.  It makes a mockery of his claims of climate leadership, especially in the run-up to COP26, when taxpayers’ money is being used to drive up emissions in other countries.  You can see our exchange here.

January 27th marked the 75th anniversary of the liberation of the Auschwitz death camp and was also Holocaust Memorial Day.  I signed the Book of Commitment at Westminster, pledging to learn the lessons of the Holocaust and stand up against racism and hate, in whatever form and from wherever it comes.

You may have seen that the Theatres Trust has yet again named Brighton Hippodrome as the theatre most at risk in Britain.  This wonderful building has been out of use since 2007 and is being left to rot.  I’ve kept in close touch over the years with campaigners who are trying to save it, and with the council.  I had another meeting last week with campaigners who are working hard to raise the funds to restore the building and re-open it as a commercial theatre.  Brighton doesn’t currently have a theatre big enough to host larger shows and performances and this would fill that gap – and breathe new life into the Middle Street area.  Some theatres are run as charitable trusts, with funding part-provided by the Public Works Loan Board, so I’m going back to the Council to ask what support they might give for this.  I’ve also asked them to issue a Repair Order to stop the building falling further into disrepair.

I went to the RSPCA’s drop-in event at the House of Commons to hear about its Generation Kind campaign to teach compassion for animals to new generations.  The RSPCA’s research suggests nearly a quarter of secondary school children have witnessed animal cruelty and neglect on social media, so Generation Kind is clearly needed.  The RSPCA do a brilliant job and I was very glad to give them my support.

I also attended a reception organised by the Campaign to Ban Trophy Hunting (CBTH) to support their calls for a ban on the import and export of trophies from hunting.  Trophy hunting is cruel and archaic and poses a real threat to wildlife.

About 20 students from Brighton University came on a visit to the Palace of Westminster where I met them to hear their concerns.  Chief among them is the cost of living in Brighton. Some were working as many as 24 hours a week on top of their studies in order to afford a roof over their head.  I shall be following this up, pushing for Brighton students to have the right to the same level of maintenance loans as London students because the cost of living in the two cities is so similar.  I had also tabled a parliamentary question on whether ministers would consider introducing non-repayable maintenance grants, in response to recommendations made in a report in May last year.  I was told that any decision would have to wait until the next spending review.

The shortage of affordable housing, whether owned or rented from the council or housing associations, causes misery for far too many people.  Conservative governments have persistently failed to address this and are closing down the Community Housing Fund, whose aim was to increase the number of homes from community-led providers.  I asked ministers to reverse this decision but received no commitment beyond the usual empty words about “waiting for the next spending review”.

I’ve raised a number of questions in Parliament on when the Government will publish a national strategy for disabled people (ministers say it will happen this year); when the Government will complete its export licences for arms sales to Saudi Arabia (no timetable was given for this); and how much Overseas Development Aid has been allocated to the oil and gas industry.  This has amounted to over £100,000 in the last five years and on top of that, the CDC (the UK’s development bank) has also made investments in oil and gas.  We will not persuade other countries to take the necessary action on climate when our own record is so poor.

Constituency surgery at the Dyke

Last week, we held a drop-in surgery at the Dyke pub (as opposed to the usual appointment-based ones in our Middle Street office) and it was packed, so clearly a popular decision. People raised a number of Issues from the hugely damaging loss of the Erasmus programme which supported EU educational opportunities to difficulties in securing mental health support in the city.