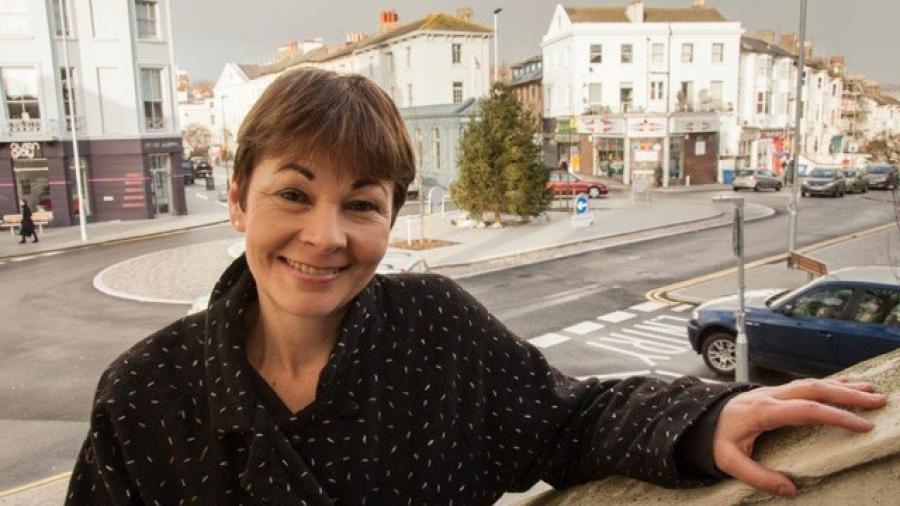 Queen’s Speech and the need for a Green New Deal

One of the debates on the Queen’s Speech was titled the Green Industrial Revolution.  It was encouraging to hear MPs on all sides calling for the climate emergency to be addressed with the urgency it demands.  But that can’t hide the fact that the Government is exaggerating the UK’s own performance on emissions reductions and claiming leadership without delivering it – which I pointed out to the minister during the debate, as you can see here.

In my own speech, I focused on the truth about the UK’s climate performance, and the fact that the target date of 2050 is far too late to address the scale of the crisis and we need to decarbonise much faster in line with what the science demands and equity requires.  We can do this through a Green New Deal, which would address both the climate emergency and the deep inequalities in our country.

Failing to address the climate crisis with the urgency it needs is the greatest issue of international and inter-generational injustice.  The UK bears a particular responsibility as the birthplace of the industrial revolution and – this year – the host of the UN climate talks.

You can hear part of my speech here.

I also spoke at an event at the Royal Society organised by the New Economics Foundation about the Green New Deal, a just transition to a zero carbon economy and how we can respond to the next recession or economic down-turn in a way that accelerates this transition rather than hinders it.  I began working on the Green New Deal in 2007, before the financial crisis. The coalition government missed a huge opportunity to respond to the crisis by investing in a socially-just way to tackle the climate emergency.  We must not let the same thing happen again.

The Government is making a lot of claims about its green credentials but hasn’t hesitated to bail out the regional airline Flybe – completely ignoring the fact that aviation is the fastest growing source of greenhouse gas emissions.  Reducing or cutting altogether the passenger duty on domestic flights, as the Government is reported to be considering, is not only irresponsible, it’s completely inconsistent with tackling the climate emergency.   I spoke about this on both ITV News and Radio 4’s PM programme.

As the day of our departure from the EU approaches, I am having meetings and correspondence with local businesses and constituents, among them EU citizens, who are rightly worried about the impact of Brexit.  I asked ministers what was being done to help those who are vulnerable to apply for settled status and was told that £9 million is being set aside to help vulnerable or at-risk EU citizens and their families.  Given that as many as one million have yet to apply for settled status, it’s clear that the Government has not done enough to facilitate this process.

I also asked about our future relationship with the European Environment Agency which has done so much to help drive up environmental protections in this country.  I received no reassurances and will keep questioning ministers on this.

The terrible fire at Pankhurst Avenue last year, and the tragedy of Grenfell, highlighted ongoing fire risks.  There is also concern among people living in council-owned high-rise housing blocks which I have raised in the past with both Brighton and Hove City Council and the housing minister.  I’ve urged the Government to fund the retrofitting of sprinklers in all social housing and council developments so residents could feel safe in their homes.  Last week, I met with East Sussex Fire and Rescue Service to discuss these fire safety issues and broader concerns about building standards.

Airbnb and other short-term letting agencies are having a huge impact on the availability of private rented accommodation in Brighton and Hove.  It’s estimated that as many as 2,000 homes, many in the city centre are used for short-term holiday lets.  The Scottish government is giving local authorities the power to regulate short-term lets in the interests of their communities, and I asked the Government what help would be given to councils in England.  The answer was that short term lets without planning permission may constitute an offence.  But ministers should know that it is expensive and very time-consuming for councils to gather sufficient evidence to prove this, and they need to be given actual powers to regulate this sector.

Many of you who, like me, regularly travel by train to London will have heard of the Croydon Bottleneck.  It causes delays to trains every time there’s an incident, and it also limits the number of trains which can run on the line so causes overcrowding.  It should clearly be a priority in any upgrade of the rail network so I asked ministers to fund the project to unblock the bottleneck.  I was told the next decision would be made in May, but any extra funding would depend on the business case and local support.  I will continue to push for this scheme to be made a priority.

The night time economy (pubs, clubs and music venues) is vital to the overall economy of Brighton, yet many of these loved venues are under threat.  I met representatives from the Music Venues Alliance to hear how business owners and other stakeholders viewed the situation, as well as the need for robust Agent of Change legislation to ensure any new developments planned for sites next to music venues would need to mitigate that risk themselves, rather than demanding restrictions to or closure of the venues.  Many of them are also asking for more government support for grassroots music venues and similar protection to that given to theatres.

Education for 16-19 year olds took a bigger hit from the Conservatives’ austerity programme than any other education sector.  Sixth-form colleges have told me they need at least £4,760 a year per student to deliver the quality education the students deserve.  The long overdue rise announced last September took funding only to £4,188.  I raised this with ministers but was given no assurances on future funding – only that it would be considered in future spending reviews.  Our sixth form colleges deserve better than this.

I was delighted to see the exam board OCR confirm that it is developing a new GCSE in natural history, something that I have been championing for years working with some inspirational people who are passionate about the natural world and alarmed by the crisis it’s facing.  I hope that this GCSE, once it’s approved and being taught, will help more young people re-connect with nature so they learn to understand it, love it and protect it.

It has been a real delight over the past few months, and a welcome relief from politics, to curate an exhibition at the Towner Gallery in Eastbourne.  The exhibition, which runs until May 10, is called Brink – a name inspired by one of the exhibits – because it reflects my belief that we are on the brink of a different world with the loss of so much nature and wildlife.  The official reception for the exhibition was last Friday.  I hope some of you will be able to go along and see it.