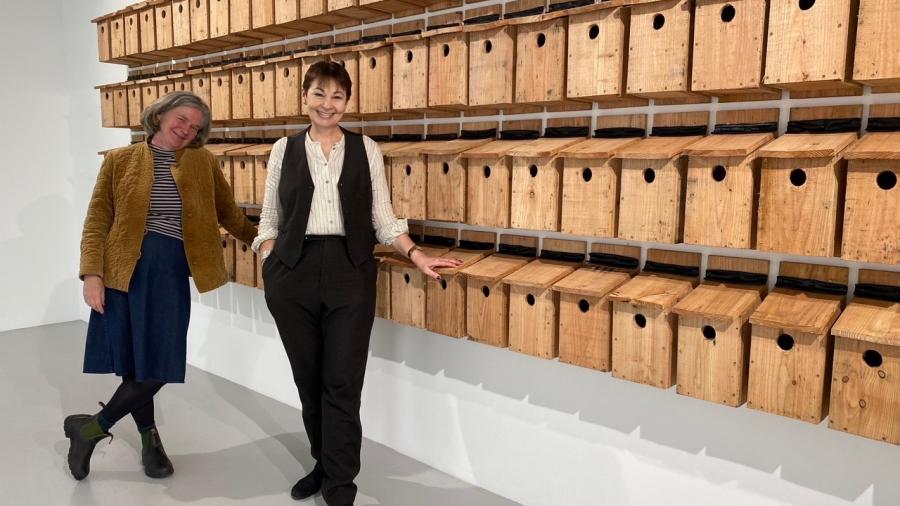 The gas crisis and soaring bills

The rise in the energy price cap announced by Ofgem was even higher than predicted and leaves millions of people in fuel poverty.  High energy bills are not inevitable, they are a political choice especially when set against the huge profits being made by Shell and BP in the last year.  The Government could ease people’s hardship with a windfall tax on those profits – it has refused to do so.  The Chancellor’s response of a £200 “loan” to be repaid over the following five years and a rebate on some council tax bills is totally inadequate.

It’s also deeply worrying to see right-wing Tory MPs try to exploit the gas crisis to derail our climate targets and abandon the transition to net zero emissions.  The answer to high gas prices is not to increase our reliance on gas, which is what they are pushing for.

I wrote about the gas crisis, the Chancellor’s response and the threat to our climate targets for the Independent and in my Metro column.

Only a few weeks after the UK hosted the UN climate summit in Glasgow, the Government has greenlit six new oil and gas projects in the North Sea – ignoring the warning from scientists and the International Energy Agency that there must be no new oil and gas development if we are to stay within 1.5C of global heating. The timing of this is so cynical – and kowtows to the climate action delayers in the Tory Party. I raised this as an Urgent Question in the House of Commons and got a totally inadequate response from the minister.

BHCC and an end to fossil fuels

On a more positive note, it was brilliant to see Brighton & Hove Council join the growing list of cities and regional governments around the world who have endorsed the Fossil Fuel Non-Proliferation Treaty, and for once again calling on the East Sussex Pension Fund to divest from fossil fuels.

The Wellbeing of Future Generations Bill

I was really pleased to see the Wellbeing of Future Generations Bill, introduced in Parliament by Big Issue founder Lord John Bird, complete its stages through the House of Lords.  I championed it in the House of Commons in the last parliamentary session and look forward to working with Simon Fell MP as he now takes up the bill in the Commons. You can read more about why I support this bill here.

I’ve written before about how Boris Johnson is debasing our politics with his repeated lies and misleading of Parliament. He struck a new low with his slur against Sir Keir Starmer. Words have consequences as we saw a week later when Sir Keir was attacked outside Parliament.  Johnson’s refusal to apologise or fully withdraw his comments, and ministers’ readiness to defend them, are straight out of Donald Trump’s playbook and a real threat to our democracy. I was asked about this on BBC2 Newsnight and said Johnson is poisoning our politics and should apologise or go.

Snares are a horrifyingly cruel and indiscriminate way of killing wildlife and other animals and a motion in Parliament called for them to be banned six years ago.  But nothing has happened since then. A statement organised by Animal Aid and supported by 23 other animal protection groups and academics is urging action to ban them. I have tabled an Early Day Motion in Parliament calling on the Government to outlaw the manufacture, sale, possession and use of all snares, which is drawing cross-party support.

Concerns about Royal Mail in Brighton

Last week I meet with representatives from Royal Mail to raise concerns that many constituents have about the proposal to relocate the delivery office from North Road to Patcham.  There are worries about the transport impact on Patcham and the longer term plans for the site in North Road.  Royal Mail told me a transport assessment was underway and local residents would be able to have their say when a planning application is submitted to Brighton and Hove City Council next month.  I will keep up the pressure for greater transparency and accountability.

A number of constituents have contacted me about train services in and out of the city, particularly the London-bound route.  Just at the moment when more people are returning to their offices and needing to use the trains, the services have been drastically reduced.  It also seems likely that people will continue working from home at least part of the time so need a part-time season ticket which offers the same saving as a full-time one.  Currently there’s no saving at all for part-time season tickets. I’ve asked the transport minister to address this issue.

I have also called for the GTR franchise to be brought into public hands when its contract expires on April 1st.

I’ve been in contact with the British Liver Trust who are lobbying for more to be done to improve early diagnosis of liver disease, which is the third biggest cause of premature death in the UK.  Hospital admissions for liver disease in Brighton and Hove are above the regional average, as are deaths in the city. I’ve raised this in Parliament to try to highlight the need for liver disease scanning and testing to be made available in the Government’s proposed community diagnosis centres.

Undercurrents at the Phoenix Art Space

I was delighted to visit the Phoenix Art Space to see a moving and inspiring exhibition by Louise McCurdy and Steve Geliot, Undercurrents. It explores the wild secrets of Brighton’s famous murmuration of starlings, featuring sculptures, a surround sound installing with the recoded wingbeats of ten thousand birds, photographs and insights from literature and science. The artists explore the relationship between starlings and peregrine falcons and how the phenomenon of the murmuration is a co-evolved spectacle of these beautiful species interacting with each other. They show how efforts towards increasing biodiversity across the city, making space for wildlife to feed and nest in our gardens and public spaces, and reducing the use of toxic chemicals such as pesticides, can create an urban stronghold for these spectacular birds.