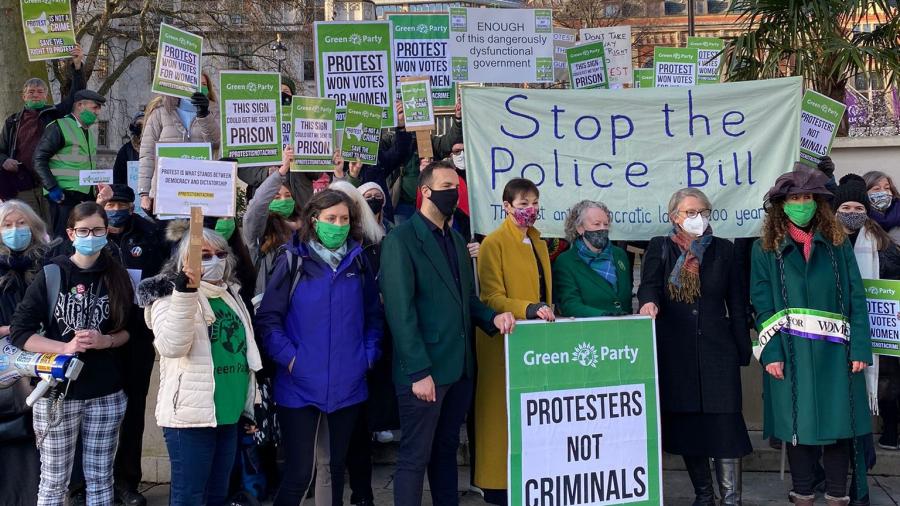 A happy new year to everyone. I hope many of you enjoyed a break and time with family and loved ones over Christmas and New Year, and managed to avoid catching Covid.  Sadly, I did not and have been unable to be in Parliament for the first two weeks as I self-isolated at home.

This month we passed the grim milestone of 150,000 deaths from Covid, making the UK the country with the highest number of deaths in Europe.  That is a devastating indictment of the Government’s mishandling of the pandemic, its poor decision-making, delays in taking action and muddled messaging. It’s also placed extreme pressure on our NHS.

I’ve kept in close touch with local NHS providers throughout the pandemic. Last week the Royal Sussex introduced a range of new measures to ensure it maintains safe services for patients as pressures on hospitals continue to mount.  An unprecedented delay in discharges due to a lack of capacity across our local NHS and social care services, combined with a high number of staff absences dues to Covid, is particularly challenging.  As a result, some less urgent clinical work and planned procedures are being postponed.  But I’m assured that this will be rescheduled very swiftly.

It’s hard to exaggerate the anger I feel hearing the revelations about the parties that went on in Downing Street over the past two years, when so many people were following government rules and were separated from loved ones, even when they were dying.  The Prime Minister’s lies and dissembling has been utterly shameful.  It’s hard to know what’s worst: the rule breaking, the lying to Parliament about what went on, his very belated and hollow apology when he’s found out, pushing blame on to his own staff or the smirking when questioned about it.  He is trying to hide behind the fact that a senior civil servant is conducting an inquiry but this will not wash.  He has lost all credibility and should resign.

It’s also very disturbing that the police seem to have turned a blind eye to these illegal parties, even though their officers on duty must have been aware of them.  I’m very glad that the Green Party’s Jenny Jones is taking this up with the police watchdog.

Action against the Policing Bill

I joined the Green Party’s peers, Jenny Jones and Natalie Bennett, and a group of supporters in a protest in Parliament Square against the Policing Bill.  This bill is a direct attack on one of our most fundamental democratic rights: the freedom to protest.  It gives the Home Secretary powers to ban protests which are too “noisy” or “disruptive”, criminalising those who take part with sentences of up to 51-weeks in jail, as I wrote in my column in Metro.

What’s worse is that many of the most draconian aspects of the bill have been introduced by the Government in a series of last-minute amendments which were slipped in after the bill had completed its passage through the Commons, in a cynical attempt to avoid parliamentary scrutiny. But because they’ve not been debated in the Commons, a majority vote in the Lords against them would stop these amendments in their tracks.  Natalie and Jenny are doing all they can to put together a coalition to defeat them.

The Government has finally recognised that it has to act in response to the failures in building safety which led to the tragedy of Grenfell tower, and left thousands of people living in flats which are not safe.  The Housing Minister, Michael Gove, told MPs that people living in blocks below 18 metres would not now have to pay for dangerous cladding to be removed.  During questioning by MPs, he also said that where the fire hazard was not cladding-related, leaseholders would also be protected by the law.  But he was vague about how this would be achieved.

I have been working with the residents of 13 blocks in the constituency given the lowest safety ranking, meaning the fire safety measures are inadequate and remedial work is required because of missing fire break cavities or fire doors.  Mr Gove’s statement did not give them the assurances they need and I will continue to press ministers on their behalf.  You can read my response on my website.

After months of warnings about steep rises in energy bills, the Government still hasn’t come up with a solution to protect the millions of people who are in fuel-poverty now and whose situation will become much worse when the energy price cap is raised.  Meanwhile, some Tory MPs are trying to use the gas crisis to slow down the essential transition to net zero, ignoring the fact that we are so vulnerable to gas price shocks precisely because of climate action delays by Tory governments.  I wrote about the gas crisis and what the Government’s response should be for New Statesman.

The state of our rivers

There was widespread coverage of a report from the Environmental Audit Committee, of which I’m a member, about the shocking state of our rivers. Only 14% of rivers in England meet good ecological status and not one river has good chemical status.  The ability of the Environment Agency to do its job and police pollution incidents has been severely undermined by years of funding cuts.  Our outdated and inadequate laws and monitoring system need urgent overhaul.

It has taken nearly five months for the Government’s Afghan Citizens Resettlement Scheme to actually get up and running, an inexcusable and unforgiveable delay.  I welcome the announcement of support in principle for some of those still in Afghanistan, including the alumni of Chevening scholarships, but am deeply worried by the lack of detail on the numbers who will be given sanctuary in the UK and how much support will be given to people still stranded in Afghanistan or neighbouring countries.

Anyone who saw my end of year message will have seen that it was filmed in Brighton’s Hippodrome which is slowly restored and brought back to life.  I had a meeting with the Theatres Trust who have campaigned for the Hippodrome to be restored as a large-scale theatre and I will shortly be catching up with the developers Matsim to discuss in more detail their plans for the building’s future.