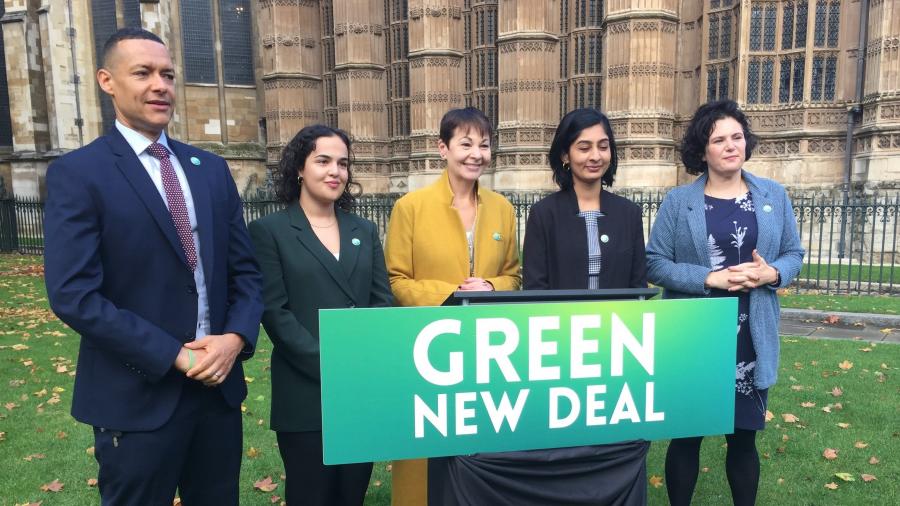 With just days to go before the UK hosts the UN climate summit, I sat through the Chancellor’s budget speech waiting to hear what action he would be taking on the climate emergency. I couldn’t believe it when he sat down after an hour without having mentioned the words climate or nature. It was as if the climate emergency didn’t exist.  This budget could have been the moment when the Government properly funded its Net Zero Review at the speed and scale that climate science demands.  Not only did the Chancellor not do that, he cut the air passenger duty for domestic flights so making flying cheaper than alternatives like travelling by rail, and kept the freeze on fuel duty. What a wasted opportunity and a dereliction of responsibility – as I said in a comment piece for the Independent.

For local businesses in Brighton, there was some welcome action on business rates, particularly for the hospitality sector.  But not keeping VAT at 12.5% for tourism, and not expanding small business rate relief, is a real blow.

As for the funding promised to the NHS, for educational catch-up or levelling up, most of it is merely undoing the damage done by the Tories over the past 11 years.  Pupil funding is, in real terms, no better than it was in 2010.

The Heat and Buildings Strategy and Net Zero Strategy

Yet again, to great fanfare but little effect, the Government unveiled two climate action plans that are woefully underfunded and will almost certainly under-deliver.  The heat and buildings strategy, in particular, provides for fewer than 100,000 heat pumps when millions are needed, and does little to address the issue of insulation.  Without it, a heat pump will not keep a home warm. I spoke about the weakness of the Government’s plan on Newsnight, Sky News, BBC News Channel and C4 News.  And I wrote a comment piece for Times Red Box.

The day after the Government announced its Net Zero Strategy, I introduced the Green New Deal bill in Parliament under its formal title, the Decarbonisation and Economic Strategy Bill. It sets out an action plan to keep us within 1.5C of warming, restore nature and reverse inequality by mobilising every part of government, and is backed by a cross-party group of MPs, some of whom joined me for the launch.  My speech introducing the bill is here.

Backbench debate on the climate emergency

The following day, I led a debate in Parliament on the climate emergency, COP26 and limiting global temperature rise to 1.5C.  It was a really well-attended debate with some strong speeches and support for climate action from all parties, marred only by a few Tory MPs who believe the UK has no responsibility to take urgent action on the climate crisis because “we only account for 1% of emissions”.  That is plain wrong, as I pointed out in the debate.

Earlier the same day, I joined a line-up of MPs, peers, scientists and others handing in a letter to Number 10 calling for a UK climate action plan aligned with 1.5C, the protection and restoration of ecosystems and a joint global action plan to tackle the climate and nature crises.

The Environment Bill and sewage discharges

There has been a huge and completely justified campaign on social media about an amendment to the Environment Bill that would have stopped water companies discharging untreated sewage into our rivers and coastal waters. I backed this amendment, but it was voted down by the Government, which was then forced to partially U-turn because of the reaction.  I spoke about these discharges during the debate and the disgraceful record of Southern Water which was responsible for almost 7,000 illegal sewage discharges over a five-year period. Water companies were privatised 30 years ago with the promise that this would enable the necessary investment in infrastructure to take place.  It hasn’t happened.  Shareholders and executives have lined their pockets while rivers and beaches have been polluted. Privatisation has failed.

The failure to compel water companies to take action on sewage discharges is just one of many failings in the Environment Bill.  There is insufficient action on pesticides, on the protection of habitats, and the new environmental protection regulator needs to be truly independent.

While the Government regularly pats itself on the back for the Covid vaccine rollout in the UK, its promises to poorer countries have not been honoured.  It’s delivered less than 10% of the doses it promised and there is huge inequity in the global vaccine rollout, an obscene moral failure.  I raised this with ministers and got an utterly hopeless and meaningless response.

Some of the most distressing correspondence my office receives is from constituents who are desperately worried about family members trapped in Afghanistan.  I have been trying for some weeks to question ministers in the House about the Afghan citizens’ resettlement scheme and was able to do so last week.

The scheme was announced on August 18th, but is still not up and running.  Promises made to Afghans who worked closely with the Government are ignored, and emails go unanswered, putting lives at risk. Unfortunately, nothing the Minister said gave me any reassurance that the situation would improve soon.  I talked about the scheme’s failings on the BBC News channel.

A new GCSE in natural history

This has been one of my passions which I have been campaigning on for some years and one I had a chance to talk about during a debate in Westminster Hall on the inclusion of sustainability and climate change in the national curriculum. I hope we are near to achieving it.

The continued detention of Nazanin Zaghari Ratcliffe in Iran is a deep injustice and a nightmare for her family.  Her husband Richard has now begun another hunger strike outside the Foreign Office to try to put pressure on ministers to secure her release.  I went along to give him my support.

I will be travelling to Glasgow at the end of the week for the UN climate summit.  Time is running out to turn away from the disastrous course we are on and it is vital world leaders go beyond fine words and pledges and take urgent action in line with climate science.  It is also vital that the thread of climate justice – for the global south and for future generations – runs through every negotiation at the summit.