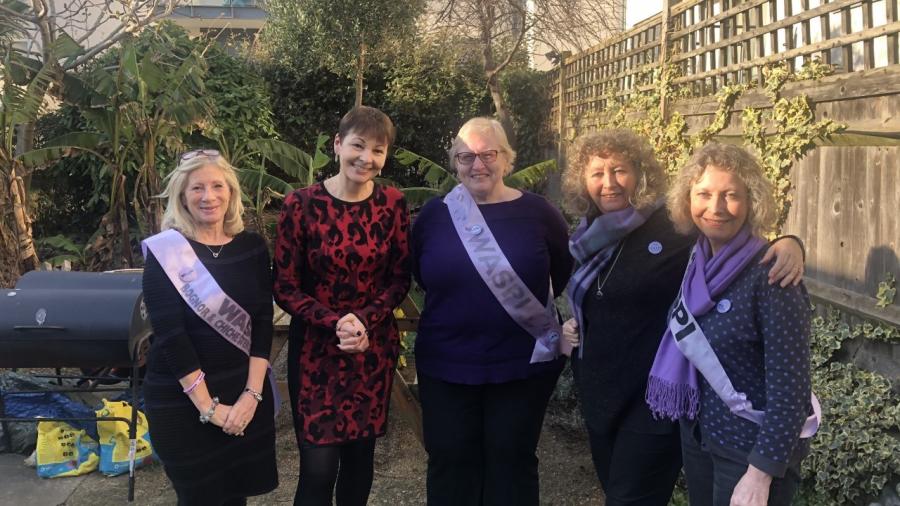 This is my first newsletter of 2020 and I want to start by again thanking people for their support and giving me the honour of representing Brighton Pavilion in Parliament.  We face a very challenging year with our probable departure from the EU on January 31st and the negotiations over our future relationship with the EU.  On top of that are the myriad of national and local issues that I know are so important to you: the NHS, school funding, housing, transport and of course the climate emergency.

The Government is rushing the Withdrawal Agreement Bill through Parliament at breakneck speed.  I spoke several times in the debate, raising a number of issues.  First and foremost, the lack of scrutiny.  MPs are being shut out of the process in what amounts to an executive power-grab by Number 10.  I wrote about this for The Independent, you can read it here.  I had tabled an amendment to improve oversight but, with a Conservative majority of 80, understandably it failed.  It seems extraordinary that MPs would vote to give themselves less power and less oversight, but that’s exactly what happened. One wonders why they wanted to become MPs.  You can listen to part of my closing speech in the debate here.

I also raised the removal of any environmental protections from the Bill.  We saw the true colours of a nationalist, hard-right Conservative party when Tory MPs dutifully trooped through the No lobbies to vote against protecting the right of unaccompanied child refugees to join families in the UK after Brexit.  Words fail me at the inhumanity.  I’m glad to see that Alf Dubs in the House of Lords is trying to restore this right.

In the meantime, I am meeting and speaking to many in the constituency about our imminent departure from the EU.  Brexit has raised real concerns among businesses and public services like the NHS, because of the possible impact on recruitment and on the local economy.

Our city’s digital sector faces particular challenges over data sharing, and our tourism and leisure sector is hugely dependent on EU nationals working here.   A number of EU nationals living in the city are still struggling to obtain the settled status to which they’re entitled.   I’ll be doing all I can with others to mitigate the worst impacts of Brexit on our city and its residents.

I gave a speech to the Oxford Real Farming Conference about farming’s role in tackling the climate emergency and the need to move towards agroecology.  Any new payment system which replaces the EU’s CAP must incentivize farmers to work with nature, not against it, and enable and ultimately require farming and land management to restore the health of the soil and maximise carbon storage.

It’s encouraging that so many farming organisations are supporting the “less and better” campaign run by the Eating Better coalition, which is pushing for a 50% reduction in meat and dairy consumption by 2030.  “Less and better” meat and dairy must be a pro-farmer and pro-farming position.

The speech, incidentally, had to be delivered by video as I was speaking in the debate on Brexit at the time.

The terrible bushfires in Australia have been shocking to watch.  Some of that shock turns to anger over the Australian government’s refusal to recognise the role of the climate crisis in driving the fires and its continued support for the coal industry.  I wrote about this for Metro, and also raised it in the House of Commons during the Government statement on the fires.  Astonishingly, it made no mention of climate – a fact I pointed out to the Foreign Office minister.

I was struck by a decision of the Scottish Government this week give local authorities in Scotland powers to regulate short-term lets like Airbnb if this is in the interest of their local community.  This is clearly a power that councils in England should have too, particularly in Brighton and Hove where it’s estimated that about 2,000 homes have been lost to the private rented sector and turned into short-term holiday lets.  Tourism is vital to the city’s economy but the needs of the tourist industry have to balanced with those of local residents and the best way of striking that balance is with local control, perhaps by imposing a cap on the number of days a home can be offered for a short-term let.   There also has to be a level playing field with the more regulated hotels and B&Bs which are being undercut.  I have tabled a question to the Secretary of State asking him to take steps to help councils planning to impose a cap, to implement it.

I met some of the WASPI women who, like thousands across the country, are fighting against the injustice in their state pensions.  I will continue to support them with their ongoing campaign for justice not only for themselves but for future generations.

I visited the offices of HERE in Preston Road (which used to be known as the Brighton and Hove Integrated Care Service), an organisation run by GPs, primary care nurses, practice managers and others to deliver the best possible individual care while improving the overall standard of care.  We talked about the impact of underfunding on mental health services, and the care culture around mental health – it’s too often fragmented between different service providers and not sufficiently joined up and innovative.

R4 listeners may have heard the programme on Petra Kelly, one of my heroes, which I presented as part of the series on Green Originals.  She was an inspiring, fearless German Green MP in the 1980s who was tragically murdered at the age of 44.  She saw green politics as combining parliamentary politics with what happened on the streets, embracing non-violent protest and direct action.  So her legacy lives on.  If you didn’t catch the programme, you can listen to it here.