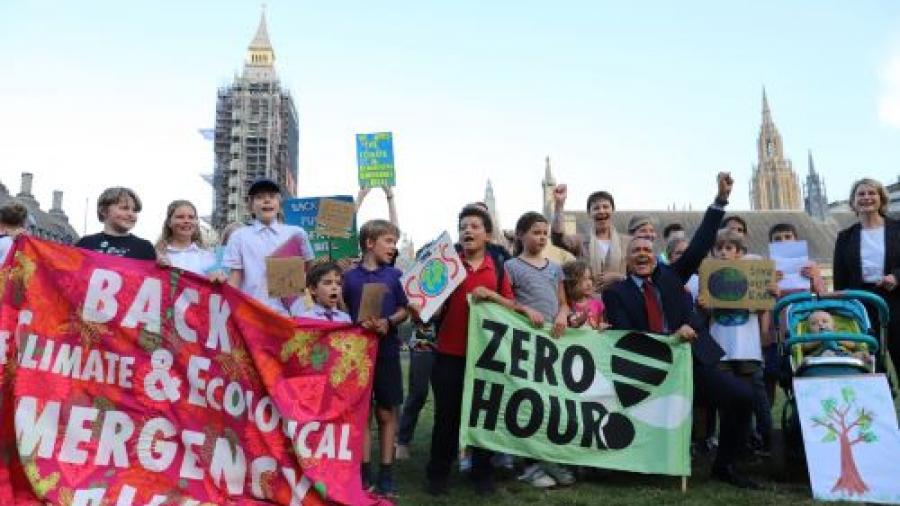 The crisis in Afghanistan

Since mid-August, like many other MPs, I’ve spent much of my time trying to help constituents who have close family members trapped in Afghanistan, or who are trapped there themselves.

Their situation is growing increasingly desperate and the Government’s response has been totally inadequate.  MPs' emails and phone calls to the Home Office and Foreign Office have gone unanswered, making it very hard to help constituents who need specific information about whether their close family members will be allowed to come to the UK.  I held a special face-to-face surgery earlier this month and heard some heartrending stories.  Rules on family reunions urgently need changing so that families can be reunited and brought to safety.

I have raised all these issues in the Commons with the Prime Minister and the Home Office.  During the emergency debate in August, I spoke about how the Nationality & Borders Bill could criminalise, or deny full refugee status to, someone fleeing Afghanistan and making their own journey to seek asylum in the UK.  I also wrote about the UK’s policy towards refugees in my column in Metro.

We have been waiting for more than two years for the Prime Minister to produce the social care plan which, when he became Prime Minister, he said was already prepared.  We are still waiting for it because what he has come up with is not a long-term answer to social care.  Most of the money that is being raised by the increase in National Insurance will go initially to the NHS, to repair some of the damage caused by more than a decade of savage under-funding under Tory austerity, and it’s not clear what long-term funding will be left for social care.

Increasing NI to help pay for it is also hugely unfair, hitting younger workers and the less well off the hardest.  We need a fair tax system and we need to provide free social care for everyone, based on NHS principles. We need an injection of funds now, not least for the 75,000 people waiting for a care assessment who cannot wait for two years when the new “plan” comes into effect. And we should pay carers a decent wage. Boris Johnson’s plan does none of these.

The cut to Universal Credit

I’ve been inundated with emails from people anxious or angry about the imminent £20 cut to Universal Credit.  Sadly I couldn’t make the Opposition Day debate on it, but obviously voted (by proxy) in favour of keeping the uplift.  It’s outrageous that the Prime Minister had no idea how long it would take someone on the minimum wage to earn that extra money.  Nor does he seem to care that so many essential workers will be hit by this and the rise in NI.

I’ve tabled a number of parliamentary questions about it – it’s clear from the replies like this that the Government hasn’t given any real thought to the impact of ending the uplift.

The Government decision to recommend vaccines for 12-15 year-olds, and vaccine boosters for the over-50s and those most at risk, makes it even more important that ministers also set out plans to deliver on commitments to the world’s poorest countries.  We are only safe when all of us are safe, yet in many countries in Africa only 2% have been fully vaccinated.  I asked the vaccines minister what he was doing to prioritise vaccines to the WHO’s COVAX scheme - the UK has promised 100 million vaccines to COVAX but has delivered fewer than 7 million.

Voter suppression is something that we’d usually associate with the pre-civil rights era in the US, but it is happening here with the Government’s proposal to make photo ID mandatory for voters. This country does not have a problem with voter impersonation so the requirement for voter ID is a blatant attempt to suppress the vote of those less likely to back the Tories.  I wrote an Op Ed for the Independent on how the Bill is a dangerous assault on our democratic traditions and fundamental rights. The bill passed its second reading in the Commons, but I will continue to oppose it as it makes its way through Parliament.

The Commons ran out of time to give a second reading to the CEE Bill, which I introduced in Parliament last year, so it’s been rolled over to the end of October.  Support for the Bill is growing, both among MPs and outside Parliament.  I met some of those who came to a Children’s Lobby of Parliament to urge their MPs to back the Bill.

It’s also been a year since the UK citizens’ assembly on climate delivered its final report.  The assembly was commissioned by the chairs of six select committees and I wrote to them all, asking them to give their support to the CEE Bill.   We are still waiting for the Government’s response to the assembly’s recommendations.  We have had the Government’s so-called 10-point plan for a green industrial revolution which ministers claim, wrongly, is backed with £12 billion of public money.  In fact, it’s only £4bn of new money.  At Treasury questions, I asked ministers when they would start funding the green transition at the speed and scale required. I didn’t get a satisfactory answer.

I wrote about the campaign behind the CEE Bill in my Metro column.

Government action and inaction on the environment

Boris Johnson described the Environment Bill as the “lodestar” of his administration.  It now seems that it will be delayed for a fourth time because the Government refuses to accept Lords’ amendments which would make the Office for Environmental Protection truly independent, improve air quality targets and make interim environmental targets statutory.

That is bad enough, but it has also emerged that the UK agreed to strike out any references to climate and the Paris Agreement in the trade deal with Australia.  The damage to the UK’s reputation on the eve of COP26 is hard to exaggerate. When the negotiator of that trade deal, Liz Truss, is then promoted to foreign secretary, it makes it even worse.

A visit from the head of UNAIDS

It was a huge privilege to meet the amazing Winnie Byanyima, the head of UNAIDS, when she visited Brighton to see the pioneering work being done in our city on tackling HIV.  Her global leadership has been inspirational.  She met the city’s three MPs and Brighton and Hove City Council leader, and visited community organisations involved in HIV prevention and care.

Even though HS2 doesn’t run anywhere near Brighton, I received hundreds of emails from constituents concerned about the huge environmental damage it’s causing – 108 irreplaceable ancient woodlands, 693 wildlife sites and 28 SSSIs will be damaged or destroyed by it.  I spoke in packed Westminster Hall debate calling for HS2 to be scrapped before it does any more damage. You can read my speech here.

It’s 50 years since the publication of one of my favourite books, Dr Seuss’ The Lorax, whose message about environmental destruction in the pursuit of growth is more relevant than ever.  I spoke at an event on nature and the economy alongside the amazing Kate Raworth, author of Doughnut Economics, and Richard Benwell, CEO of Wildlife and Countryside Link.

If you’ve not already done so, please sign the petition for a parliamentary debate on how our economic model is destroying our planet.  There’s less than a week before it closes.