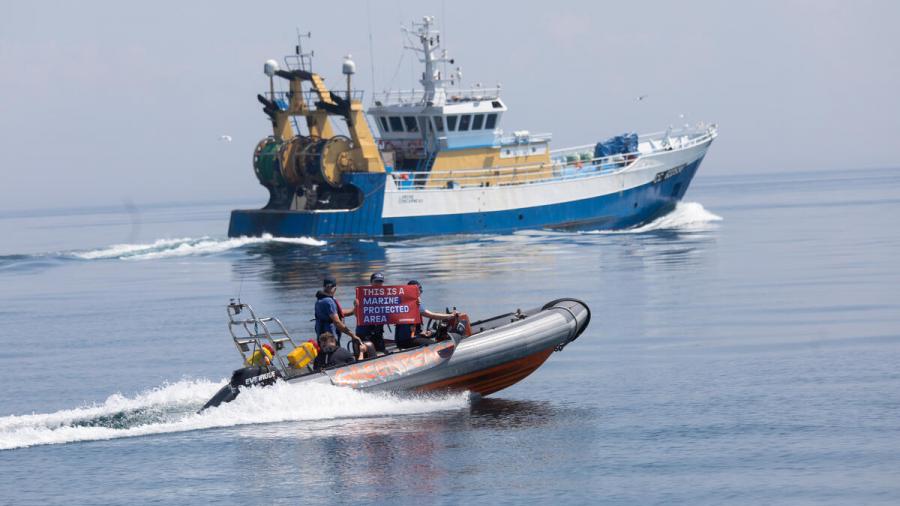 The clock is rapidly ticking down to the UN climate summit in Glasgow in November, with many issues still to be resolved.  I was glad to hear the COP president, Alok Sharma, speak out about the need for richer nations to honour the commitment they made in 2015 to provide $100 billion a year in funding for the global south to adapt to and mitigate climate change.  For the UK Government to be an effective host of COP26, it must ensure this climate finance is delivered as grants not loans, and raise the UK’s own climate ambitions with specific plans to deliver them.  Sadly the Government’s cruel cuts to the UK’s own aid budget means it has far less credibility in making this case.

With the extreme weather events we have seen already this summer – from sweltering temperatures in North America, to deadly floods in Europe and China, landslides in India and extreme rainfall here in the UK – it is clear that we need to act much faster on climate.  It’s not necessary to wait for an agreement in Glasgow – change has to happen now.

The 100 days moment was marked with the publication of a new version of the Climate and Ecology Bill which I first introduced in Parliament last September, and the launch of a Zero Hour campaign. The Bill would put limiting global heating to 1.5C into law; address both the climate crisis and collapse in biodiversity; and give citizens a meaningful voice in decision-making as we make the transition to zero carbon emissions.

The Bill has the backing of 110 MPs from eight political parties, and support from climate scientists and public figures, but there is still some way to go before it becomes law.  Wherever you live, please urge your MP and Council to support the Bill, if they’ve not already done so.

And please support the petition for a parliamentary debate on what’s driving the climate and nature emergency – an economic model that prioritise GDP growth over people’s wellbeing and the health of the environment.  We’ve another two months to reach 100,000 signatures to secure that debate.

A Global Alliance for a Green New Deal

I’m delighted to be working alongside some remarkable politicians from around the world in aGlobal Alliance for a Green New Deal.  Members of this alliance include Representative Ilhan Omar from the US, Congresswoman Paola Vega Rodriguez from Costa Rica, Congresswoman Joenia Wapichana from Brazil and Labour MP Clive Lewis here in the UK.  Our aim is to share experiences, inspire one another and improve the chance of real progressive change, nationally and globally.

The launch of the Global Alliance was covered in the Guardian, and I spoke about it on Sky News’ climate show – look out for more of the Alliance’s members on the programme in the coming weeks.

As a member of the all-party coronavirus group, I’ve heard witness testimony over the past year about the impact of Covid on people’s lives.  In recent hearings, it’s been shocking to hear how Long Covid has devastated lives and ruined careers.  Many of those suffering from it were key workers, including NHS staff, who contracted it in the course of their work on the frontline of the pandemic.  They are being left without proper financial support, which is a shocking betrayal of people who risked their health to help others.

Covid cases are still rising in Brighton & Hove and extra testing sites have been set up in the city, so please take care when you’re out and about in the city and watch out for others, as you always do.  There are mobile testing sites at Jubilee Square and at the Peace Statue on Hove seafront. More details about the enhanced Covid measures are available on the council’s website.

The Government’s response on NHS pay has been both insulting and shambolic.  First it proposed a 1% pay rise for NHS staff (below the rate of inflation, so effectively a pay cut), then it was raised to 3% which is above inflation but follows a 15% cut in real terms in the last decade.  Not only that, the pay offer was not announced in Parliament but slipped out in a late night press release, which had the effect of stopping MPs challenging it.  There was also a pay freeze for teachers – despite the extraordinary dedication, effort and hours of extra work they’ve given to children and young people during the pandemic.  It is entirely understandable that unions are now considering balloting their members on strike action.

The Building Safety Bill, introduced in response to the Grenfell tower tragedy, is working its way through Parliament.  In its present form, it fails to resolve the key issue of who pays to remediate the consequences of 20 years of regulation failure in building safety, as leaseholders in blocks below 18 metres are being left to cover the costs of replacing dangerous cladding.  Where the fire risks are not related to cladding, homeowners are also being left to pick up the costs. But the fundamental problem is that the bill is a market-based approach to building safety when leaving it to the market is what created the problem in the first place.  You can read my blog about the bill on my website.

I went out with Greenpeace activists to see for myself the huge damage being caused by fly-shooting fishing trawlers in the seas off Sussex – an area which is designated as a Marine Protected Area but where this destructive form of fishing is still legal.  It was shocking to see how the huge nets trap everything in their wake leaving the area a virtual marine desert.  If this were happening in a nature reserve on land, people would rightly be outraged.  It is equally unacceptable at sea.  Government pledges to protected 30 percent of land and marine areas for nature are meaningless if this kind of fishing is allowed to continue.

Finally, I wish you all a relaxing summer wherever you spend it and hope you all stay safe.