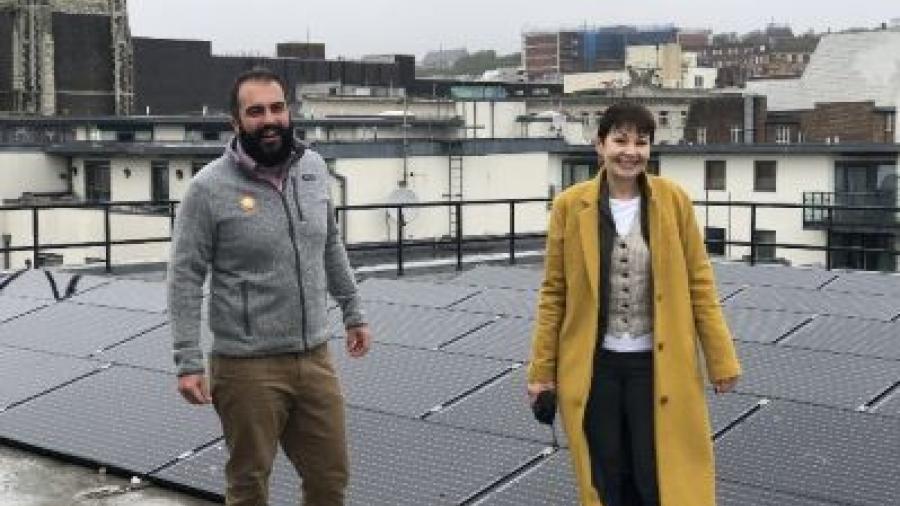 The “Bloom or Bust” report

The Environmental Audit Committee, of which I’m a member, published an important report on the steps that need to be taken urgently to halt the catastrophic loss of biodiversity in Britain.  Called Bloom or Bust, it makes a number of important recommendations including removing subsidies for activities which harm nature, aligning all public spending with biodiversity targets and, most importantly, ending the focus on GDP growth which treats nature as expendable.

I raised the report with the Prime Minister at Prime Minister’s Questions, asking him to change one word in a Government amendment to the Environment Bill to make halting biodiversity loss by 2030 a legally-binding objective.  As has become the norm at PMQs, I didn’t get an answer.

One of many recommendations in the EAC’s report was the introduction of a GCSE in Natural History, which I have campaigned on for many years.  I was very pleased that this proposal had support from all parties on the committee.

It has been shocking to see the number of children being sent home from school because someone in their bubble has tested positive for Covid.  They have already had a severely disrupted education over the past year and continue to miss lessons and end-of-year rituals.  The Government should be doing everything possible to keep children safe in school, but it isn’t.  I questioned the Education Secretary on why nothing has been done to improve ventilation in schools which the HSE and Royal Society of Medicine both say would reduce the risk of Covid spreading.  Again, no proper answer.

Every year, the Government’s independent advisers on climate issue a report to Parliament on what progress is being made to addressing the climate emergency.  This year’s made grim reading: plenty of targets but no plan to achieve them, too many government departments which seem to think they can leave climate action to someone else, and time rapidly running out.  My response to the CCC’s report was published in Prospect magazine.

Alongside five other MPs and peers, I have been part of a legal action against the Government for its failure to order an inquiry into Russian meddling in UK elections, which was revealed in a report by Parliament’s Intelligence and Security Committee last year. The Prime Minister has taken the attitude that there is nothing to investigate, an extraordinarily complacent response to a very disturbing report. Unfortunately, the High Court judge hearing the case ruled against us, and said the Prime Minister doesn’t have to investigate possible Russian interference in our democracy.  But we won’t let this drop – it’s too important.

It was absolutely right that Matt Hancock’s career as health secretary should end following the disclosure about him and his close aide – for his hypocrisy in setting rules which he then didn’t follow, but also for his possible breaking of the ministerial code.  But he should have been sacked the day the news broke.  It was quite clear that the Prime Minister planned to take no action until it became obvious that the public, and Tory MPs, would not accept Matt Hancock remaining in office.

It was also worrying to hear the new Health Secretary, in his first statement to Parliament, talk of the irreversibility of lockdown lifting on July 19th – he seems to have made up his mind about the response to Covid, regardless of the science.  He also had nothing to say about test, trace & isolate and the need to support people so they can afford to self-isolate.  It is a major weakness in the Government’s Covid strategy and Sajid Javid needs to address it as a matter of urgency.

I spoke in a parliamentary debate about the Government’s spending plans in relation to building safety – my speech is here.  I have been contacted by many in the constituency who are living in unsafe buildings with inadequate fire protection measures. The blocks are mostly less than 18 metres high which means they are not covered by the fund to replace unsafe cladding and, in any case, it’s not cladding which is the problem.  Many leaseholders are also facing huge costs paying for waking watches.  The Government needs to re-think its response to building safety and ensure leaseholders who aren’t responsible for the problem, are not lumbered with the cost of sorting it out.

I was a panellist on Question Time on BBC1, alongside the Justice Secretary, the shadow Health Secretary, Kate Andrews of the Spectator and Victor Adebowale of the NHS Confederation.  The questions covered Covid travel restrictions and the exemption for UEFA officials; the collapse in rape convictions and junk food advertising.  The programme’s still available here.

I’ve worked closely with the Federation of Small Businesses throughout the pandemic on business support, so it was good to meet virtually with some local FSB representatives and businesses to talk about the challenges they’ve faced, the ongoing support they need and their expectations as we emerge from lockdown restrictions.  Just as the restrictions have been extended for 4 weeks, so the support to business should have been too.  Part of the meeting was spent looking at initiatives to promote apprenticeships locally, and other opportunities for young people in the local economy.

It was great to meet up with award-winning local activist and environmentalist Ella Daish who has been campaigning since 2018 to eliminate all plastic from menstrual products.  Period products contain up to 90% plastic and take over 500 years to break down.  As Ella points out, that’s over 7 times the average lifetime of the person using them, meaning if Jane Austen had used them, they would still be decomposing today!  Her incredibly creative campaigning is already having some successes, and we discussed ways we could work together, as well as her plans to expand her activities into the rest of Europe.

Solar panels on my constituency office

I’m delighted that my constituency office in the centre of Brighton now has solar panels on the roof, installed by the community energy provider BHESCo. I was invited on to the roof of the building (on a rather wet day!) for community energy fortnight to see the panels – and the great view of Brighton and Hove.