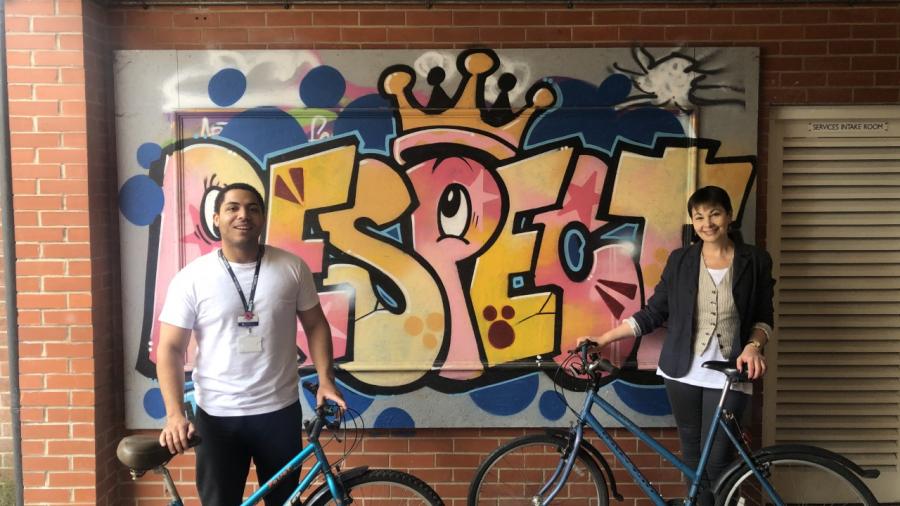 Two important bills were debated in Parliament before the recess: the Finance Bill which implements the Budget proposals and the Environment Bill.

I was pleased to have cross-party support for my amendment to the Finance Bill, which went to the heart of what’s wrong with our current economic system.  Its primary focus on GDP growth as the key measure of success is driving the climate crisis and ecological destruction and side-lining more important measures like people’s health and wellbeing and the protection of the environment.  We urgently need to change course – we cannot continue with a system which ignores the fact that we live on, and are part of, a planet of finite resources.  You can read my speech in the debate here, and if you haven’t already done so, please join me in signing this important petition set up by a Brighton resident calling for the Government to shift to a wellbeing economy.

When we’ve waited 25 years for an Environment Bill, I would have hoped for something more ambitious than the weak and toothless legislation the Government has put forward.  The UK is one of the most nature-depleted countries in the world, and we have now lost the environmental protections we had as members of the EU.  Yet ministers have squandered the chance to strengthen and expand protections for nature and wildlife – despite what they’ve said.  In the short time I was allocated to speak, I focused on the conservation of habitats and species.  You can read my speech here.

Successfully combatting the coronavirus pandemic requires transparency and trust.  The Government is undermining both.  We now know that it commissioned a “lessons learned” review, but is refusing to publish it. One of my constituents, whose father died from Covid acquired in hospital, says bereaved families feel insulted.  She’s right, not only because the families deserve to have answers soon, but because ministers are consistently failing to learn from their mistakes – and that has cost lives. I raised this with the Health Secretary in Parliament, and received a completely inadequate response.

Earlier last month, I questioned him about the dropping of the requirement for face masks in classrooms.  This step was taken even though Public Health England had put together key data showing there had been several outbreaks in schools – but this data was not made public.

Meanwhile, there are worrying indicators that the Covid variant which has caused such terrible loss of life in India, is now spreading across Britain. We are at real risk of a third wave and it is essential that the Government delays the final easing of lockdown restrictions until more adults are fully vaccinated.  This was the subject of my column for Metro.

On a more positive note, I was very grateful to receive my second vaccination at the Brighton Centre.  The staff there have been doing an amazing job, treating everyone with kindness and efficiency.  Thank you to them all.

I am a member of the UK Trade & Business Commission, a cross-party group of MPs and business leaders which was set up two months ago to scrutinise trading relations with the EU post Brexit, and new trade deals.  At one of our first sessions, we heard from a number of small and medium-sized businesses on the barriers they are facing – all a consequence of the Brexit trade deal that Boris Johnson struck with the EU.  Both exporters and importers are affected, in constituencies across the country, their businesses deeply damaged by the terrible Brexit deal and the red tape that they now face.

Whilst there is now a ceasefire in place, the tensions and injustices which led to the most recent escalation of violence have not gone away.  I have written to the Foreign Office Minister about the steps the Government should be taking in response (you can read the letter here), and I also challenged him in Parliament about what the UK is doing to ensure the end of all illegal settlement building in the occupied territories and to bring about the cancellation of all forcible evictions and demolitions in the Sheikh Jarrah area of East Jerusalem.  You can read our exchange here.

The news that rail companies will be required to offer flexible season tickets is very welcome, and something I have been pushing the Government on for years.  We are still waiting for information on cost.  Rail fares have gone up above the level of inflation and the cost of travelling by rail or bus has risen far faster than the cost of motoring over the past decade.  If we are to encourage people to move to greener forms of transport, this has to change.

The local community in Brighton – parents, teachers and local councillors – have made clear their opposition to Moulsecoomb being turned into an academy school.  Yet their wishes are being ignored by Ministers who are pushing ahead with academisation.  I’ve written to Pioneer Academy Trust, who are looking to take over the school, and have also called on the Government to stop the process to allow for further review.  The school needs a period of stability in the interests of the children and the local community.

New bikes for The Foyer

I was delighted to be able to hand over a couple of bikes to The Foyer, who do such fantastic work supporting young people, homeless families and individuals and people with physical and learning disabilities through specialist services and supported living. The Foyer is starting a new Bike Club to help the physical and mental wellbeing of their clients, and to support young people to live independently, and I approached Iain and Cranks The Bike Shop who very generously donated the bikes.  Huge thanks to them.  I know Cranks do some amazing charity work here in Brighton and this donation will make such a difference.

I have just started a monthly column in the Brighton & Hove Independent so look out for the paper at the station and other places around the city.  The first column was about the injustice being done to so many leaseholders by the Government’s failure to protect them from the costs of remedying dangerous cladding and other fire defects.