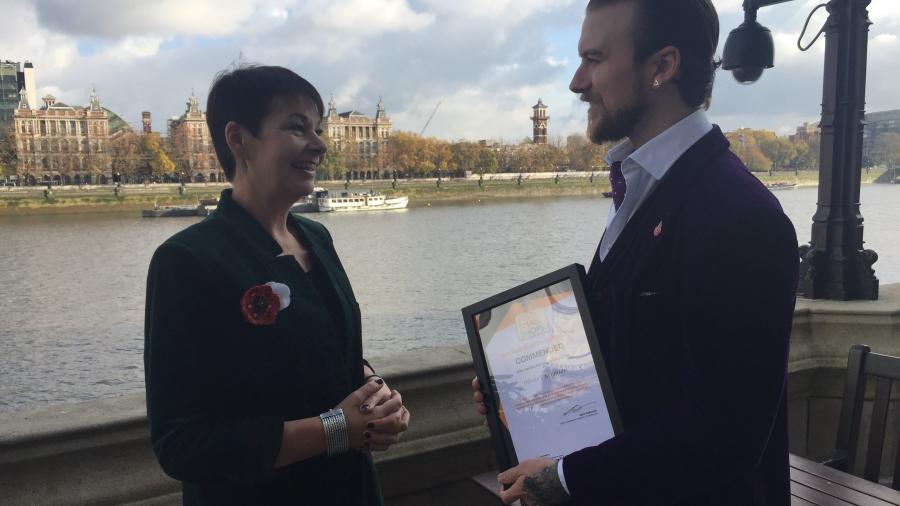 This will be my last newsletter for a few weeks, as I switch from being an MP to being a parliamentary candidate, working to get myself and other Greens elected.  I hope to meet some of you on the campaign trail.

Now that Parliament is dissolved, I am only able to respond to urgent case work, ie issues that are time-dated and cannot wait.  The main contact email address during dissolution will be brightonoffice@greenparty.org.uk

Don’t forget to make sure you are registered to vote.  You have until November 26th and can do so here

On the last day of this Parliament, I raised the disturbing issue of the Government’s refusal to publish a report from the Security Committee about possible Russian interference in our electoral process.  It won’t publish the report until after the election, which is clearly completely unacceptable given the subject matter of the report.  You can see my question to ministers here

I’ve also asked ministers a number of written questions on subjects including the rights of EU citizens in Britain, local housing allowance and police numbers in Sussex.  The Government is recruiting 20,000 officers over the next three years – to make up for the 20,000 posts they’ve cut since 2010 and say Sussex Police will be able to recruit 129 officers. On local housing allowance (which sets housing benefit levels), ministers said it would cost £800 million in 2020/21 to restore the allowance so that it covers the cheapest third of local rents – which shows how far it falls short of covering existing rents. The lack of affordable housing in Brighton remains a huge issue, and there is nothing the Government is doing to address it.

Many of the local issues raised with me fall within the Council's control, rather than Parliament, it was helpful to have a catch up with Geoff Raw, the Chief Executive at Brighton and Hove City Council to discuss some of the key issues coming up locally and being raised in the correspondence I receive from constituents.

A pressing item on the agenda was fire safety and building standards. I asked him to confirm that issues identified in the fire safety assessments in the Council-owned high-rise building in my constituency had been addressed and asked for an update on the plans to introduce sprinkler systems. I also expressed my concerns about the lack of Government attention to standards and safety in low-rise buildings, which I have written to the Housing Minister about. I continue to follow up casework arising from the Pankhurst Avenue fire, and to seek answers to bigger questions about outsourcing and accountability.

Most weeks I'm contacted by residents experiencing problems with their recycling and refuse collections, and I frequently lobby Brighton and Hove City Council about the dismal service they receive locally. The meeting with Geoff Raw was a further opportunity to highlight the need for the Council to resolve the deep-rooted issues that have resulted in unacceptable service disruption in recent years.

I also asked him whether the Council would be in a position to acquire the land at the Brighton General Hospital site so that it can be retained in public hands and used for much-needed social housing. With the NHS Trust looking to sell part of the site to generate funds to create a Community Health Hub, there is a risk that the land, which is currently publicly owned, could be sold to a private developer.

Strikes at BHASVIC and Varndean

Teachers at both these colleges went on strike on Tuesday to defend their pay, working conditions and employment.  The funding cuts for 16-19 year olds have been worse even than the cuts suffered by schools, and it’s had a huge impact.   BHASVIC and Varndean together have lost a total of £1.4 million in real terms since 2016 alone, which adds up to around £350 per student.  It means jobs have been lost, class sizes are bigger and teachers’ workload has increased.  I fully support members of the National Education Union who are demanding that funding is restored so that our sixth form and FE colleges can continue to provide quality education.

I've written to the minister at the Department of Work and Pensions about problems some former Thomas Cook employees are facing over Universal Credit. Aside from the waiting time it takes to access Universal Credit, which I've long been lobbying the Government about, I'm concerned that some Thomas Cook employees are struggling to get the support they need.  It’s down to questions arising from the way the company folded and issues between HMRC and the DWP – all completely outside the employees’ control.

Yet again, UC is failing to be the all-encompassing benefit that the Government so boldly championed.  The growing list of errors, delays and problems makes it clear this flagship welfare reform needs to be overhauled so that it stops pushing people further into financial hardship and difficulty.

In recent weeks I've been going back and forth between the Council and GTR about GTR's plans to move the taxi rank from the front of Brighton station to the rear. While there are some very practical reasons for GTR looking to make this change, including some lobbying from residents living nearby who have suffered significantly from traffic backing up in Surrey St in particular, I'm concerned that the plans have not been more widely communicated to local residents, passengers or businesses.

It will be vital to put a review in place to ensure that the proposal doesn't simply shift the problem from one part of the city to another or create additional pressures on surrounding streets around North Laine.

I had a meeting with the new Chief Exec at for the i360, Ian Hart, and Julia Barfield from the design team, Marks Barfield Architects.  With tourism being so important to the local economy, I was interested to hear from them about their marketing strategy and their plans to further promote the attraction.   There are robust plans in place, and the attraction continues to bring significant economic benefits to the city.

There is some good news for Preston Park commuters, which they’ve waited a long time for – as they sometimes do for a train!  I had a letter from GTR responding to issues raised by me and the tireless Preston Park Train Campaign.  There are details on my Facebook page, but in the short term, the defective doors on the shelters at Preston Park should be repaired soon, and hopefully all the stations in the constituency will benefit from the station improvement fund.

On the subject of trains, I’ve been pushing for the Government to require train companies to offer season tickets for part-time workers.  “We continue to challenge the rail industry to develop proposals for more flexible ticketing options” was ministers’ response, which is both pathetic and completely inadequate.  It just requires a change in the regulations.  Part-time workers deserve better.

Kate Bradbury, who’s a TV presenter on Springwatch and Gardener’s World, has come up with a wonderful idea of planting 10,000 trees across the city in one day.  The trees she has in mind are small native ones like silver birch, hawthorn, hazel and rowan.  It would send such a strong message about Brighton’s commitment to biodiversity and our environmental health.  Kate is planning to crowdfund her idea, and to work with CPRE's Plant Your Postcode campaign, though she's also hoping for support from the Council.  Needless to say, she has my full support.

It was a real pleasure to welcome Oliver Dall to the House of Commons terrace for a reception for the finalists in the Best Small Shops competition.  His shop, Oliver’s Brighton, on the edge of North Laine has only been open for two years but it's thriving!  There are so many wonderful independent shops in Brighton, which can face a tough time with high rents and business rates.  But they are a huge asset to the local economy and I was delighted to see one of them make the final of the competition.