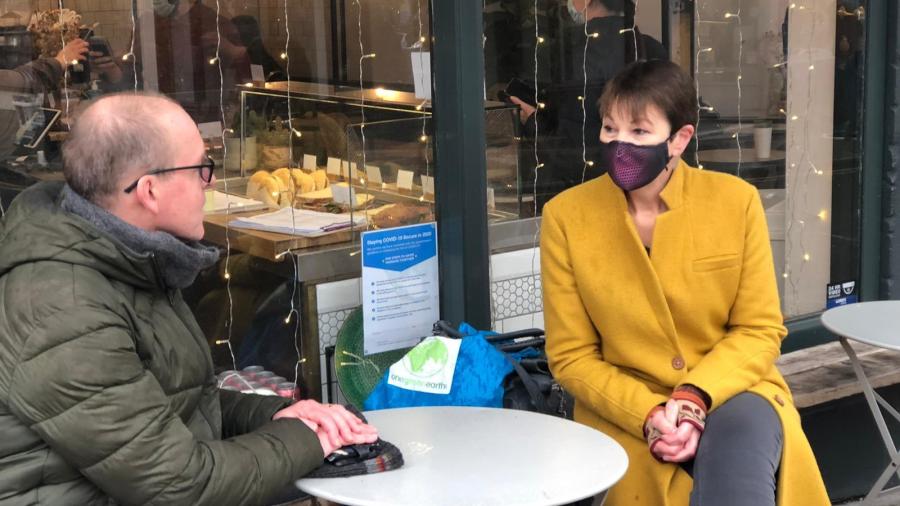 The political agenda continues to be dominated by Coronavirus and the Government’s mishandling of the pandemic: the failing test & trace system, the lack of support for so many self-employed people, and the scandalous PPE procurement process to name just a few.  I spoke about some of these issues when I was a guest on the BBC’s Politics Live programme.

The end of lockdown saw Brighton and Hove placed in Tier 2, allowing some re-opening but leaving the hospitality sector in limbo – technically able to re-open in limited ways with tight restrictions on the number of people pubs and restaurants could serve, yet unable to furlough staff. The support on offer falls far short of what so many of them need to survive so I continue to press Government to do more for struggling businesses.

The new tiers followed a vote in the House of Commons, when the Government asked MPs to approve a Covid package which denies vital support for businesses and binds us into lifting restrictions at Christmas, regardless of the infection rate at that time – a move which scientists believe will lead to a sharp spike in infections in the New Year, potentially necessitating another lockdown.  I could not support this plan, but defeating the Government would mean risking no Covid restrictions at all.  So I decided to abstain and continue to fight for greater support.  I set out the reasons for my decision on my website.

I am concerned that the consequences of lifting most Covid restrictions over the Christmas period has not been properly thought through by ministers. I have tried to find out what modelling has been done to estimate the likely rise in infections resulting from the 5-day restrictions “holiday”, both by tabling a written question to ministers and by challenging the Health Secretary in the Commons. Judging from Matt Hancock’s reply, there hasn’t been any – or he is refusing to share the results.  You can see our exchange here.

Learning lessons from the Covid crisis

As a member of the all-party group on Coronavirus, I have been hearing from a wide range of voices over the last few months - epidemiologists, scientists, local leaders, patients and their families - about the lessons we need to be learning from the handling of the pandemic. We have just published our report, with 44 recommendations ranging from the very specific to the operational.

The foremost recommendation is that we urgently need a UK-wide exit strategy that recognises that by saving people’s lives, we also safeguard jobs and the economy. We recommend too that the Government empowers and funds local authorities to take over the track and trace operation, and recognises the unequal impact that Covid has had on our society so that we emerge from this crisis more united and more resilient.  You can read the report here.

Covid in Brighton and Hove

I continue to stay in close contact with local public health leaders about their response to the virus in our city.  Most recently, I was given a briefing on how the Covid vaccination programme would be rolled out locally.

I also had a (virtual) meeting with the Chief Executive of the Sussex Community Foundation Trust about the tremendous work her teams have been doing with health teams across Sussex, and the challenges ahead as winter approaches.

In my last newsletter, I wrote about the Prime Minister’s 10-point plan for climate action which I hoped would be followed by a serious commitment from the Chancellor to building back greener and fairer after Covid.  His Spending Review was a huge disappointment: Rishi Sunak barely mentioned the climate and ecological crises – we heard more about by-passes than nature. There was no recognition that a healthy planet is essential for our future.  It was yet another example of Government targets or announcements not being followed up with the necessary policies or funding.

Meanwhile, public sector workers, many of whom have been on the frontline during the Covid crisis, are being rewarded with a pay freeze – the warm applause in the spring has become a very cold shoulder this winter.

The Chancellor also confirmed a cut in overseas aid – with no commitment to restoring it in the near future.  At the very moment when the world’s poorest need our support more than ever, in the wake of a global pandemic which has pushed more than 100 million back into poverty, the UK is turning its back.  A shameful, short-sighted and very damaging move.

I wrote about my response to the Spending Review in my column for Metro.

It always feels good to have an excuse to wander round Brighton’s brilliant small, independent shops and restaurants.  Small Business Saturday gave me that excuse.  They have faced so much uncertainty this year and need assurances about their future – one of the reasons I am pushing for the business rate ‘holiday’ to be extended beyond March.

Although Brighton is rightly famous for its brilliant small shops, the retail sector depends on anchor stores too and it’s worrying that Debenhams on Churchill Square faces closure, with the loss of more jobs. Major stores like this are an important part of the retail ecosystem and the store’s closure will leave a gaping hole in the heart of the city.

The UK will host the UN climate summit next year – the most important climate negotiations since Paris in 2015. Ahead of that, all countries are being asked to be more ambitious in the emissions cuts they plan to make.  Last week, the Government announced that the UK would aim for a 68% cut in emissions by 2030 compared to 1990 levels. It’s a welcome increase on the current target, but not ambitious enough in the face of an accelerating climate emergency, and not reflecting the UK’s historic responsibility for emissions, as one of the first countries to industrialise. We need to do what is scientifically necessary, not just what some politicians deem politically acceptable, and we need the policies and resources to achieve it. Those are lacking. You can read my response to the announcement in the iPaper here.

I joined 60 MPs in writing to the Home Secretary to express our opposition to a deportation flight to Jamaica.  Some of those due to be deported came to the UK as children and are being split from children of their own.  We were not able to stop the flight, but last minute legal challenges meant at least 10 of those being deported were taken off it – preventing what could have been a serious miscarriage of justice. Despite assurances to the contrary, the Home Office remains wedded to its hostile environment approach to immigration. This must change.

Patchwork MP of the Year

I was hugely honoured to be first recipient of the Judges’ Special Recognition Award in the Patchwork MP of the Year awards, which recognise MPs’ work for disadvantaged communities. Patchwork does amazing work with young people around the UK, encouraging and enabling their involvement in politics and society.