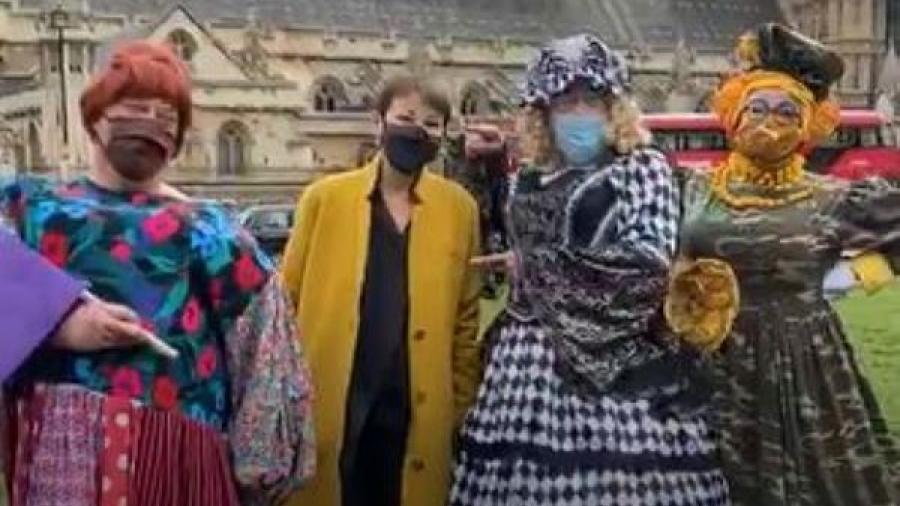 Since my last newsletter, the number of Covid infections has risen sharply.  In Brighton and Hove, cases more than doubled in a week, from 39 to 115.  Some of that can be attributed to increased testing, but not all, and our city has now been placed on amber alert – the last stage before the Government will declare the city an area of national concern. My statement in response to this was covered in the Argus.

A few days before came the news that 16,000 positive tests had been missed, meaning thousands of close contacts had not be traced or spoken to, leaving them free to unknowingly spread the virus in the community. It wasn’t only worrying, but potentially dangerous.

The failure to set up an effective test & trace operation has been one of the worst aspects of the Government’s mishandling of Covid, and the picture doesn’t seem to be improving. Ministers have also failed to work closely with local authorities and public health officials in devising measures to tackle the virus’ spread – even though local public health directors are the ones with the knowledge and experience of controlling the spread of disease.

The Brighton and Hove Green party has launched a petition calling on the Health Secretary to deliver a system which would allow anyone with symptoms to get a test locally, with the results within 24 hours.  Please sign it.

With our NHS services under growing pressure, I'm extremely concerned about delays accessing non-Covid treatment. I've been in touch with local providers about their backlog for some treatments, such as pancreatic cancer diagnosis and treatment times, child and adolescent mental health services, and access to IVF. It's vital that NHS providers have the resources they need to continue offering these treatments in a timely way and I’m taking up the problems with Ministers.

The situation isn’t helped by the logistics problems at the private pharmaceutical company, Roche, who have been unable to deliver essential equipment to many NHS Trusts across the country. This failure serves to highlight the fragility of some supply chains, and underscores the need for the Government to improve its contingency plans, particularly around the imminent end of the transition period with the EU and the worrying prospect of leaving without a deal.

All party parliament group on Coronavirus

The failings in the test and trace operation were the subject of the latest hearing by MPs into Coronavirus. We are looking into the rollout of test and trace in the social care sector, to see whether the situation had improved.  It may have for staff, but the problems with testing still leave many families unable to visit relatives in care because tests aren’t available for them and it was heart breaking to hear some of their stories.

The Government’s imposition of this curfew, apparently without consulting its scientific advisers, is threatening to make a bad situation even worse.  It’s devastating for the hospitality sector and it’s not clear that it will have any impact on the spread of the virus – it may even make things worse because of crowds all leaving pubs at the same time, then gathering on the streets.  I joined other MPs in writing to the Business Secretary calling for the medical evidence behind the curfew to be published, and for the furlough scheme to be extended for sectors worst affected.

The Prime Minister himself was challenged at PMQs to produce the evidence, which he failed to do. I was a guest on Sky News’ politics programme – this was my summary of the Prime Minister’s lamentable record on Covid.

The live entertainment sector has been one of the hardest hit by Covid restrictions.  I was pleased to lend my support to hundreds working in theatre and live events on a Panto Parade, as they brought their case for more support to Parliament. The lack of support for theatres and other creative venues, and the people who work in them, is shameful.

Like many Brighton and Hove residents, I was very sad to hear about the closure of the Duke of York's which followed the earlier announcement made by Cineworld.  Places like the Duke of York's are the beating heart of city, they play an important role in the local economy and they should be supported through this crisis so that they can be there when our economy reopens. I will continue to push the Government to review its support for the arts sector, and to properly recognise the role that venues like the Duke of York's play.

Another local arts venue, the brilliant Komedia, currently has a crowd-funder running. If you feel able to donate, you can do so here.

Rumours of a serious Tory backbench revolt against aspects of the Coronavirus Act have come to nothing, but I share the deep misgivings of many MPs about the powers the Act gives to ministers to curtail civil liberties and the way they are exercising those powers, and voted against its continuation in its current form.  I wrote about these concerns in my column in Metro.

We are still waiting for the promised major speech on the environment from the Prime Minister, but it was announced last week that the Government would press ahead with its manifesto commitment to build 40 GW of wind power in the next 10 years. It’s a welcome, if belated, conversion to renewable energy but green rhetoric needs to be matched with green policies rather than schemes (like the £27 billion road building programme and HS2) which will destroy the environment.

Protecting the countryside from planning reforms

There is growing opposition to the Government’s planning proposals which would do away with the right of local communities to control building in their area, and hand a blank cheque to the Tories’ developer friends to build wherever they want – all determined by algorithm (do ministers never learn?). I had a meeting with the CPRE and Sussex Wildlife Trust about the threat posed by these proposals to the countryside and habitats around Brighton and Hove. While we need more homes, concreting over precious green space, creating car-dependent developments, is not the way to deliver them.

It is not only surrounding countryside which is at risk – so is green space close to where people live. I’ve tabled an Early Day Motion in Parliament demanding the planning reforms put democracy, affordability and the right of access to nature at the heart of the planning reform process.  My letter about the right to access nature was published in the Guardian.

My opposition to the Internal Market Bill

I remain strongly opposed to the Internal Market Bill, both over its details and because of the huge reputational damage to the UK caused by its brazen intention to break international law.  But if ministers are to have the power to give financial assistance to any chosen company, it is essential that it is consistent with climate and environmental targets. I tabled an amendment to secure this (part of my speech is here), it was put to a vote but was defeated by the large Conservative majority, 258 in favour 351 against. So much for the Prime Minister’s green rhetoric.

I was “in conversation” with the BBC’s Evan Davis last week at the Good Business Festival, originally planned to be in Liverpool but moved online.  We were talking about what makes good leadership, and the need for integrity, compassion and co-operation – all in short supply at the moment.