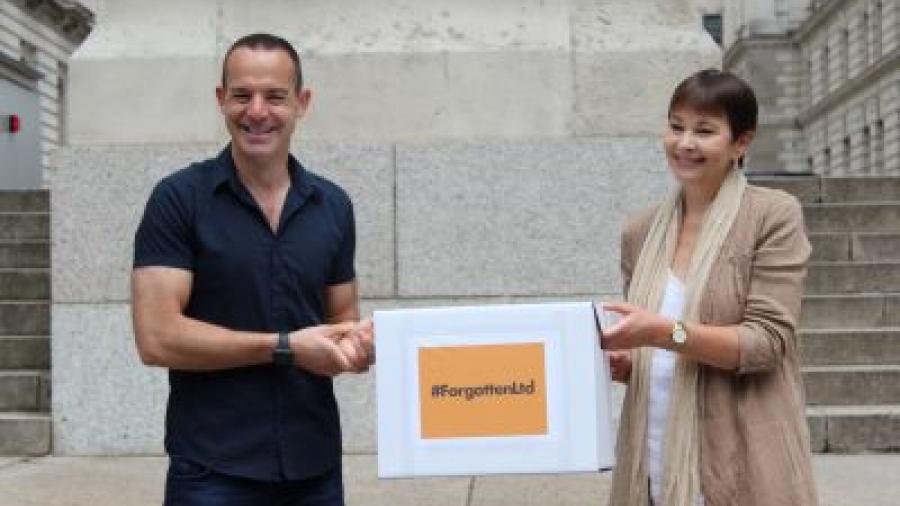 Parliament is now in recess for the summer, but it was a busy last few days. This is what I have been doing as your MP.

A fair deal for the self-employed

I’ve been urging the Chancellor for months to close the gaps in the Covid self-employed income support scheme (SEISS) which have left millions with no financial support.  Last week, I helped the campaign group ExcludedUK take their campaign to the Treasury, where they presented a number of petitions representing some of those excluded from support.

Among them are sole traders who pay themselves via dividends, PAYE freelancers, people who changed jobs at the wrong moment so don’t qualify for the scheme, and those who’ve not been in business long enough.

I was delighted that we were joined by the founder of MoneySavingExpert, Martin Lewis, as well MPs from across the House.  It’s deeply unjust that people have been left with no support because of the way the rules have been written, and it’s been heart-breaking to hear how small businesses which people have put their passion and love into, are now disintegrating because of the Covid crisis.

There was coverage of the campaign in the Argus.

My opposition to the Trade Bill

The critically important Trade Bill has passed through the Commons, with none of the guarantees I sought to protect our cherished NHS, or ensure environmental and social protections in any future trade deal.  I had backed an amendment to protect the NHS from being subject to any form of control outside the UK in any future trade deal, drawing clear red lines in any trade negotiations and spoke several times in the debate.  But the large Conservative majority ensured that the amendment was defeated and the bill went through exactly as the Government wanted.  So Parliament – unlike MEPs or the US Congress – will have very little say over future trade negotiations or deals, whatever the impact on our NHS, or food and environmental standards.

The crucial function of Parliament is to scrutinise legislation and hold ministers to account. I wrote about the worrying lack of scrutiny in my column in Metro – you can read it here.

As co-chair of the parliamentary group on a Green New Deal, I’ve been working on an exciting initiative to develop policies for a fairer, greener and more prosperous future, involving members of the public in creating those policies.  We have already begun the process of taking evidence from expert witnesses including Nigel Topping, Hilary Cottam and Sir Michael Marmot.

We also released initial results from a national survey which showed huge support for a green recovery from Covid, and an overwhelming rejection of the Government’s climate-wrecking £27 billion roadbuilding programme.

Last week, I was joined by the parliamentary group’s other co-chair, Labour MP Clive Lewis, and Liberal Democrat MP Wera Hobhouse in a live Zoom event ‘in front of’ an audience of about 3,000. We talked about how to bring about a green recovery, the importance of community involvement and the role of cross-party co-operation to achieve this.

There’s more information about Reset on the website https://reset-uk.org/

I continue to press ministers on the response to Covid-19.  I questioned the health secretary in the Commons on Monday about data protection in the test and trace system.  There have been worrying reports about people’s data being shared on social media by contact tracers, which undermines public confidence in the system and risks deterring people from volunteering their own details and information about people they’ve had contact with.  The minister’s response that he would not be held back by bureaucracy was not reassuring.  There needs to be public trust for this system to work effectively.

With reports of home testing being quietly dropped, and the huge sums paid to some private companies for testing which have not delivered the promised results, the case for a full independent public inquiry grows by the day. One has been promised by the prime minister, but with no date set. If there is a second wave of Covid this winter, as seems highly likely, we need to learn lessons as soon as possible.

I had a (virtual) meeting with the DWP minister, Will Quince, about better protection for homeless young people and those leaving care.  Earlier this year, I’d written to the Chancellor about the anomalies and shortcomings in the support for care leavers, and how young people under the age of 25 are denied sufficient housing benefit to find a place to live. (You can read that letter here).

The Government agreed to make the necessary changes, but not for three years. I urged the minister to bring this forward, especially in the light of Covid which has driven a 50% increase in call from young people facing homelessness.  There are huge welfare changes going on at the moment because of the economic impact of Covid: this one mustn’t get pushed to the back of the queue.

Meeting the Muslim Council of Britain

I had a meeting (online) with members of the Muslim Council of Britain where we discussed the disproportionate impact of Covid on Muslim communities and how institutional racism is exacerbating this.  We talked too about the need to continue tackling Islamophobia in all its forms.

The reports coming out of Xinjiang about Chinese treatment of the Uighurs are deeply disturbing. The Government is taking steps against China in response to the repressive new security law in Hong Kong, which I welcome. But it needs to do more to send a clear signal about the persecution of the Uighurs. In particular, I urged the foreign secretary to accelerate sanctions against Chinese officials, and review the investment in Britain’s nuclear programme by the state-owned CGN. My intervention during Foreign Office question time is here.

We finally saw the Intelligence and Security Committee’s Russia Report which the prime minister has sat on for the last nine months. It was utterly damning of the nonchalance and complacency of successive prime ministers in the face of interference by the Kremlin in the UK, which the report said is “the new normal”.  It’s not only our democratic processes that are being undermined. The UK has become a sanctuary for Russian money, regardless of where it came from or the influence it bought. When some of it is flowing into Conservative party coffers, is it surprising that Conservative prime ministers didn’t want to investigate this issue too closely?

Other issues raised with ministers

I continue to press ministers on a wide range of issues. In recent weeks, I’ve asked about pay rises for staff across the NHS, and for care workers; who will pay for deep cleaning of schools when they re-open; the financial viability of the Hinkley Point C nuclear project; when legislation will be introduced to require rail companies to offer part-time season tickets; the use of public money via export finance credits to support a fossil fuel project in Mozambique; the role of private companies in providing PPE or test and trace operations, and whether they are delivering value for money; and many more.  You can find details of these questions, and ministers’ answers, on my website here.

The parliamentary session has now ended for the summer – surely one of the most unusual in its history with the mixture of remote and in-person debates.  I’ll be continuing with my work on Reset over the next few weeks and following up on constituency casework, as well as pushing government ministers on the response to the on-going coronavirus crisis and on how we ensure a green recovery.