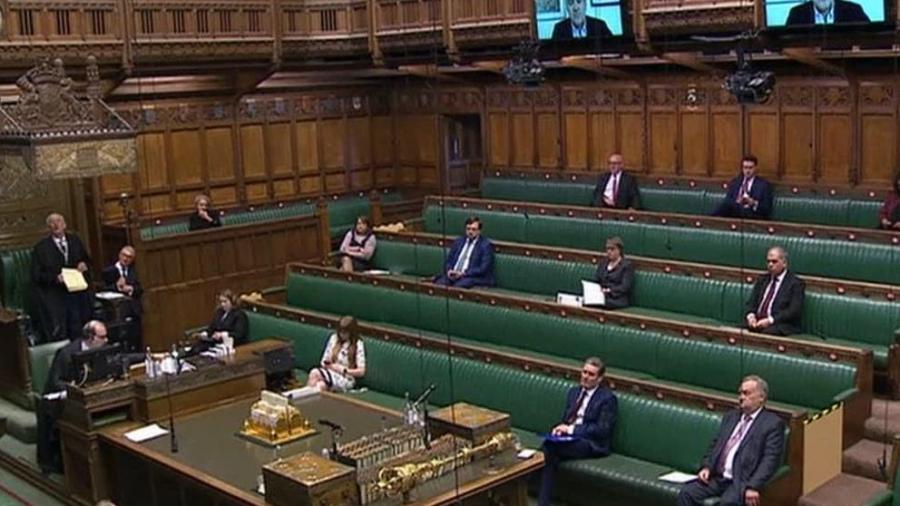 I had my first real taste of being a “virtual MP” last week, when I questioned Matt Hancock during health questions in the Commons.  I have been pushing for a recall of Parliament since the beginning of this month, so was very glad when the Speaker and the parliamentary digital teams managed to facilitate this, with dozens of MPs joining via video link.  I wrote about the experience in the i-paper.

There were plenty of questions I wanted to put to Matt Hancock, including the continuing shortages of personal protective equipment (PPE) for health workers and social care staff, and the shambolic testing regime which has seen a failure to test key frontline staff, missed targets, a privately-run test centre losing results and the Government-run website for key workers to book tests crashing hours after it launched.  The Government’s record on this has been terrible and the case for a public inquiry in due course is growing.  Meantime it’s essential that ministers learn from their mistakes and change course now.  For example, one of the weaknesses of the testing regime has been its over-centralisation.  It’s vital that this mistake is not repeated when it comes to the long overdue resumption of contact tracing.

But in my question to Matt Hancock I focused on what’s missing from the Government’s five pre-conditions for lifting the lockdown – namely, the capacity to test, isolate and treat every case and trace every contact, as the WHO advises.  I also tabled an Early Day Motion calling for this.  And I and Green Party colleague Molly Scott Cato produced a report earlier in the week on the need for a community-led response to achieve this (you can read about it here) – building on existing local public health bodies like GP surgeries, Public Health England and local authority health teams, together with properly trained volunteers.  They could create “community shields” which would carry out the critical but very labour-intensive task of contact tracing so that when – inevitably – Covid-19 re-emerges in pockets around the country, there is a rapid, locally-led response which would stop it getting out of control.   I am glad the health secretary agreed with me, and that later in the week, the Government announced that thousands of volunteers would be trained in contact tracing.

I continue to lobby the Government on other Covid-19 issues.  I wrote to the Chancellor about support for the childcare sector during the lockdown.  And I signed an EDM on extending the cut-off date for the furlough scheme as too many employees were finding they weren’t eligible.

For several weeks, I’ve been raising concerns about the risk to residents in our care homes – particularly when it emerged that patients were being discharged from hospital into care homes without being tested.  I’m pleased the Government has now addressed this.  But it has been slow to implement and the current testing arrangements in the city still make it difficult for some staff to access a test, and slow to get PPE to where it’s needed.

I have been having regular video-link meetings with the leadership team on Brighton & Hove Council including the executive director for adult social care, to get a clear sense of some of the challenges the local authority faces and any additional support they might need from central government so that vital care services are maintained.

The economic impacts of coronavirus in our city are of major concern, and I continue to urge ministers to broaden the eligibility for support of a number of its schemes.  In particular, the exclusion from the Self Employed Income Support Scheme of small business owners who take their income as dividends is a huge loophole which is harming many small businesses in Brighton and I’m doing all I can to get it changed.

The exclusion of SMES from grants on the grounds of having a rateable value of more than £51,000 is also causing huge damage. These grants need to be processed fast, and I’ve urged Council leaders to do what they can to accelerate payments. A roundtable organised by city’s Economic Partnership was a valuable way of getting an even clearer view of business priorities, and raised further questions about the furlough scheme, bank loans, and the particular challenges facing the leisure and retail industry which I will continue to take up with ministers.

The need for a Universal Basic Income

Covid-19 has shone a harsh light on the deep inequalities in our society, not least the precarious nature of too many people’s lives.  I was glad to add my name to a cross-party letter, published in the Financial Times (apologies: it’s behind a paywall), calling on the Government to prepare for a universal basic income which would provide economic security for people.  When we emerge from the lockdown, we need to do so with a fairer and more resilient society and economy.

That doesn’t only mean a fairer society.  Our recovery from Covid-19 must also be a green recovery, with cleaner air, less polluted streets, the right to green space and an end to fuel poverty.  I wrote about some of these ideas in the Independent.

I was interviewed on BBC Radio 4’s PM programme about the lessons we should be learning from the coronavirus crisis, particularly over our response to the climate and biodiversity crises.  We have seen how important and valued green open space is to people, and how unequal access is, and how the Government can find the money to address an emergency when it’s required.  We are learning fast what is politically possible.  You can hear the interview here.

Patchwork MP of the year award

I was pleased and honoured to be given an MP of the Year award by the Patchwork Foundation, a non-partisan charity which supports the participation of young people in democracy and civil society.  I received the Other Party People’s Choice award which is given to the most popular MP outside the two main political parties and, gratifyingly, is voted on by members of the public.  So thank you to the Patchwork Foundation and everyone who voted for me, and congratulations to the other winners.