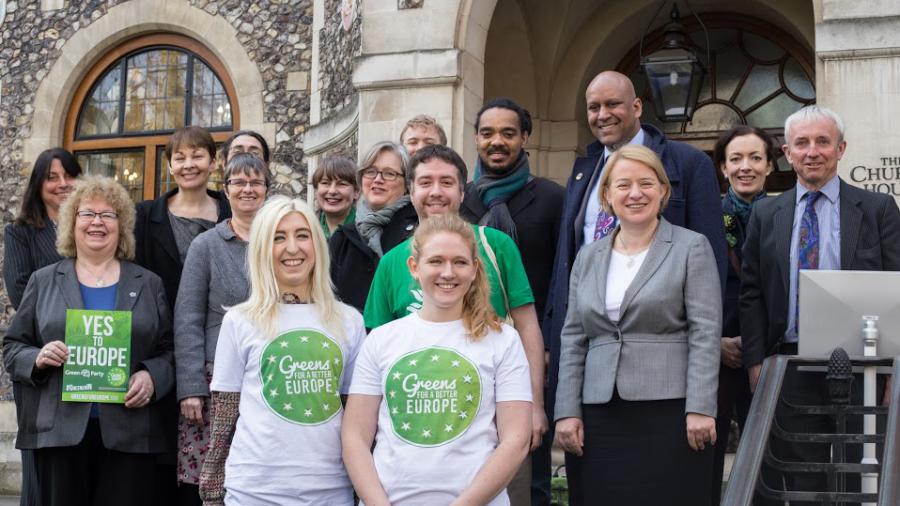 Exciting news! The Green Party is now formally affiliated with Another Europe is Possible - the progressive, radical campaign to ‘stay in Europe to change Europe’.

Another Europe is Possible was founded by a group of grassroots activists and campaigners who share a passion for building a Europe of democracy, human rights, environmental protection and social justice.

I was delighted to speak at a packed launch event in February, alongside refugee activists, a junior doctor, anti-austerity campaigners and other progressive politicians.

Whilst the Green Party is running our own ‘loud and proud’ campaign, Greens for A Better Europe (keep an eye out for the local Brighton launch on Saturday 2 April) an umbrella campaign allows a broader range of people to join forces and speak out.

The EU referendum is too important to let party political differences get in the way. And the public debate on Europe desperately needs this injection of alternative, progressive voices.

Another Europe Is Possible provides a vital hub for debate and dialogue on what a socially just and environmentally sustainable EU looks like - and how we get there. That’s what Greens and others are fighting for - before and after the referendum.

So, if you’ve not signed the Green Party’s petition for a Greener Europe, please do that first!

And then head over to Another Europe is Possible where you can: