search mobile
HOW SAFE ARE OUR HOMES? 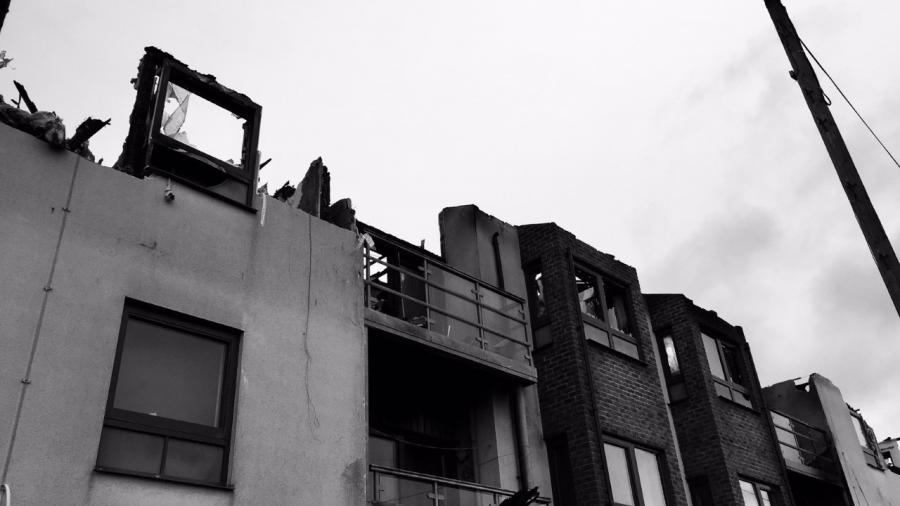 A home is so much more than just a roof over our heads. It should be a place to feel safe and secure, a place to enjoy the precious time we have, whether it's simply to relax and unwind, or to create special memories with loved ones.

Aside from the desperateness of the rough sleeping scandal that has become so common place on the streets of our towns and cities in recent years, many people are finding themselves in a situation where the place they call home does not necessarily provide them with the feeling of safety and sanctuary that it should.

One aspect of the ‘housing crisis’ which has been sharply brought in focus in recent years is the impact of a profit-driven drive to deregulate building control. Over a number of decades there has been a catalogue of legislative changes which have watered down building standards and fire safety measures, including the Building Act 1984 which part-privatised building control, allowing for ‘approved inspectors’ working for private companies to sign off buildings as safe.

The introduction of private companies into the sign off process throws up a number of very important questions, especially about the neutrality of inspectors in the profit-driven and competitive private sector. The Hackitt review following the Grenfell tragedy makes a large number of recommendations, and describes the regulatory system “as not fit for purpose in relation to high-rise and complex buildings”.

In addition to building control, factors such as compliance and deterrence or redress for non-compliance were also cited as factors that need urgently addressing.

I accept that following the Hackitt review the Government has started to make noises about some of the changes that need to be made to ensure that the years of stripping back regulation and safeguards are addressed. Yet I remain concerned that the announcements made to date, like the plans to introduce a new buildings safety regulator, do not go far enough.

I also accept that, ultimately, landlords and building owners have a responsibility to ensure that the residents they house are safe, which includes a responsibility to review their housing stock and make changes – such as removing cladding and other combustible materials which could pose a risk. Yet with many existing developments being built to fulfil building standards at the time they were built, and with other factors such as flaws identified within post-build enforcement and compliance, I fear that the scale of the problem is significant, and the Government needs to broaden its focus to cover properties which fall outside of the high-rise definition, and engage with housing providers about the challenges they face to tackle issues identified.

With housing providers reviewing their stock, and in some instances taking legal action over work that has been carried out in their properties which they now believe to be below standard, it’s essential that the Government puts robust measures in place to ensure that residents aren’t placed at risk because of the possibility of lengthy reviews, legal battles, and legislative change. There is an urgent need for decisive and quick Government action, and I’m increasingly frustrated by the slow-moving nature of the post-Grenfell response.

Decades of stripping back safeguards and standards are at the centre of the current building control crisis we’re seeing - it would be criminal to allow years to pass by before the damage is repaired.

I’ve written to the Housing Minister to make clear my concerns about the need to extend the Ministry of Housing, Communities, and Local Government’s focus to non-high-rise buildings. I’ve also asked him to comment on whether there will be a review of the ‘stay put’ guidance often issued to residents in the event of a fire. Whilst there are logical reasons for this being appropriate guidance when a building responds as it should, with some worrying examples of building failure and fires not being contains as expected, some clarity on this feels very much needed, as does funding to retrofit sprinklers in social housing developments.

I'm writing following a serious fire at Pankhurst Avenue in Brighton on the 20th September. Thankfully, there was no loss of life or serious injury, but given the severity of the fire, it has resulted in multiple households being displaced from their homes, with twelve households losing their homes entirely and all of their possessions.

It's been a traumatic and difficult month for all of the residents affected by the fire, and with information and investigations increasingly pointing towards failures within the building, which allowed the fire to spread in around sixteen minutes once it took hold, residents are keen to have answers about why the building failed so dramatically to compartmentalise the fire as it should have done. The most recent response I've received from the East Sussex Fire and Rescue Service (ESFRS) has explained that:

"We can confirm that the fire started accidentally on a second floor balcony, it is likely that the storage of combustible materials on the balconies helped develop the fire which quickly spread via timber cladding into the roof. It appears that issues with fire stopping and fire compartmentation allowed the fire to spread through the roof and down into the building, but our investigations are currently ongoing to confirm this detail.

"The issue which Pankhurst Avenue has raised is that there are clearly buildings that are not high rise but none the less present a high level of risk due to their construction and the vulnerability of the residents. In the case of Pankhurst this is a timber framed property where it appears that due to poor compartmentation a fire was able to rapidly overcome the structural stability and cause partial collapse."

I'm aware that the Government has been issuing advice notes on specific topics to housing providers, including one issued in June this year by the Ministry of Housing, Communities and Local Government (MHCLG) regarding combustible material on balconies, which may be relevant in the Pankhurst Avenue incident: https://assets.publishing.service.gov.uk/government/uploads/system/uploads/attachment_data/file/811194/Advice_on_Balconies_on_Residential_Buildings.pdf. Yet the housing providers that I've had contact with in recent weeks would like to see more a comprehensive and coherent approach to fire safety from the government than the issuing of advice notes with no real funding or support being given to tackle some of the problems identified.

I do acknowledge that there were some measures announced in the recent Queen's speech, including the introduction of a new buildings safety regulator. However, with so much focus on high-rise buildings over 18 metres in height, and also on new developments rather than existing homes, I am concerned that the measures do not go far enough to tackle some of the fundamental safety risks in existing developments, like Pankhurst Avenue in my constituency, and elsewhere. Please would you reply with details of any plans that the Government has to support housing providers to carry out the work needed to address fire safety issues within their property portfolios on both high-rise buildings and those under 18 metres in height? With buildings meeting national standards at the time they were completed, and subsequently being signed off by approved inspectors as safe, it does feel appropriate for the government to do much more than issue advice to housing providers about the need to update safety measures in their property portfolios, and that the government should back this up with appropriate funding to ensure residents' safety.

In addition to the above, I would also like to know your thoughts on a couple of other points relevant to the Pankhurst Avenue fire in my constituency. Firstly, the need to review the effectiveness of "stay put" policies in the event of a fire. With a growing number of examples of where a stay put policy has been in place, but a building has not reacted as anticipated in the event of a fire and failed, what review is taking place to update guidance and best practice?  It's crucial that residents, fire services, and housing providers are wholly confident that this is the best approach to follow. With serious issues being identified within existing developments regarding fire compartmentalisation and building failure, it feels prudent that stay put advice should be properly reviewed and scrutinised.

I would also like to urge the Government to fund retrofitting of sprinklers in social housing developments. Having a safe and secure home is something that we should all be able to enjoy, and I'm extremely concerned that decades of issues within the building industry are coming to a head, and placing residents at risk as a result. It's not enough to introduce new guidance for new developments, and just advice notes for existing homes, without taking steps to ensure that sufficient funding is in place to make homes fit for purpose and to have known risks addressed properly.

I look forward to hearing from you further on this important matter.