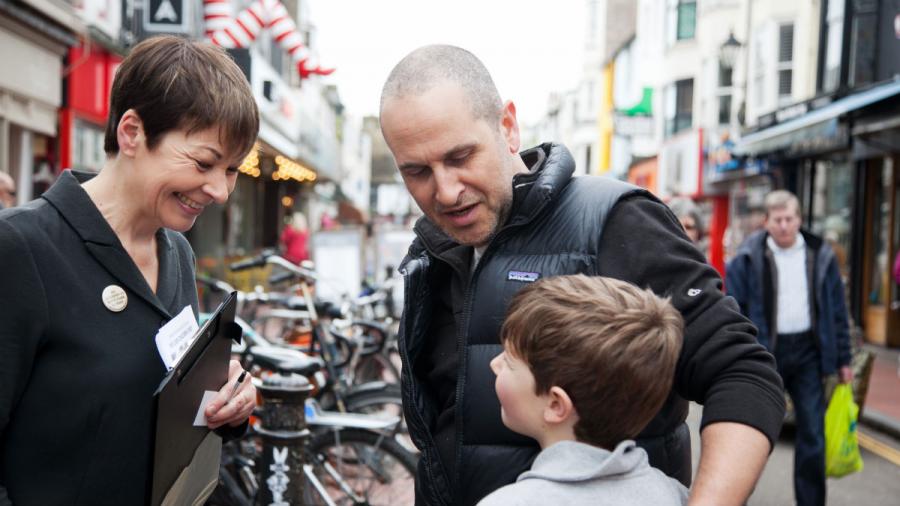 Hove Park School
Friday, April 18, 2014
Parents from Hove Park School, many of whom live in my constituency, have been in touch this week to ask for my support for their campaign to oppose plans for the school to become an Academy. I was happy to give it.

When the Academies Bill was being debated in Parliament I expressed my opposition to removing schools from the control of parents, teachers, the local authority and the local community.

I warned that one inevitable consequence of numbers of schools becoming Academies in a local area is that there will be less funding to support other, non-Academy schools for provisions such as special educational needs, free school meals, music services and library services. The risk being, that unless the Academies buy into the Local Authority Services, these could be become unsustainable.

The children’s author Michael Rosen has highlighted that asset stripping is also happening every time a school becomes an Academy. The local authority has to hand over the title deeds of a school to whoever runs sponsors or owns the Academy. Those title deeds are worth roughly £5 million per school - yet the Secretary of State has kept no central records and nobody has strategic oversight of who owns our nation’s schools.

The Secretary of State’s not keeping track of how many unqualified teachers are in free school or academy classrooms either. And if Hove Park School becomes an Academy it may not have to tell you, because a growing number of Academies are protected from Freedom of Information laws on the grounds of commercial interests. This also has implications for financial transparency. National education campaigner Fiona Miller reckons between £1-7 bn is being given to schools that are completely unaccountable.

There’s already a vast body of evidence that points to the ways in which Academies and other free schools are letting our children down. Academies are part of how this Government, building on the foundations laid by previous governments, is promoting a marketised model of education, pitching schools and colleges against one another as they compete for funds. This isn’t good for schools, their staff or local communities. It’s definitely not good for our children and I think those at Hove Park School deserve better.

The National Union of Teachers (NUT) conference is taking place in Brighton this coming weekend and I am looking forward to speaking to teachers there. I know from my mailbag and inbox that huge numbers of them are also opposed to what’s happening to our schools in the name of choice. Teachers who, despite the changes foisted upon them, are getting on with inspiring their pupils.

So I’ll be saying a huge thank you to every single local teacher that’s still in the profession. That’s still committed to our children. That still believes in education as a force for change. And I’ll be standing alongside them, and alongside the parents and pupils of Hove Park School, to demand a fair, accountable education system that puts the best interests of children centre stage.