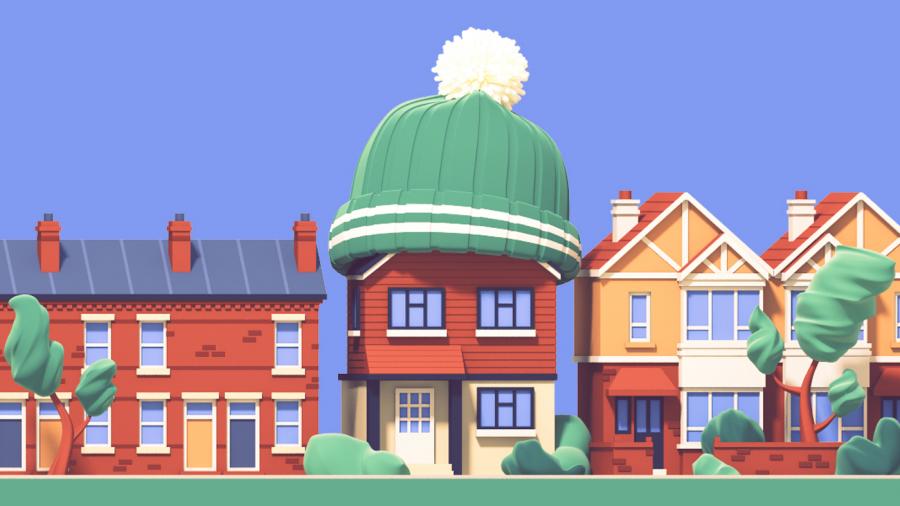 Dan’s shock is visible when he talks about the Prime Minister’s response to an MP’s question about the Green Homes Grant. The scheme isn’t being cut, Boris Johnson said, but not enough people were taking it up.

No wonder Dan is confused.  He mortgaged his home to set up his business to deliver eco-friendly insulation for households in Brighton and he urgently needs to know what is happening to the scheme.  So do his 80 employees – and the staff of nearly 1,000 other businesses across the UK working to make people’s homes more energy efficient. One third of them say their business’s viability is at risk if the scheme is dropped.

The Green Homes Grant scheme was launched last year with a headline-grabbing £2 billion budget, £1.5 billion aimed at homes, and is supposed to provide vouchers for householders to encourage them to make their homes more energy efficient. In some cases, the vouchers can cover 100% of the cost.

Anyone who has lived in a draughty, badly insulated home will understand how important this is, not just for comfort but to limit soaring energy bills. Retrofitting homes improves health and wellbeing, addresses fuel poverty, reduces emissions and sustains jobs. There are no down-sides. It’s a no-brainer even the Prime Minister should be able to grasp.

And yet, in its inimitable style, this Government has managed to make a complete mess of delivering the scheme. First it awarded the contract to an American company that seems to be thoroughly incompetent; then it strangled it in paperwork with conflicting and confusing information, and so many delays that householders simply give up; and now it’s dithering over whether the 95% of the unspent funding will be withdrawn rather than rolled over to next year.

If this is how a flagship policy to tackle UK carbon emissions is managed, then we really are in trouble.

Nor have ministers been honest about the Green Homes Grant. The Prime Minister claims there has been a “lack of demand”, which Dan says is simply untrue. The demand isn’t the problem – it’s how the scheme is being run.

“We’ve had hundreds of orders,” he told me.  “We were run off our feet and I had to borrow more money to pay more staff to cope with the demand. We started up in August and we actually had to stop accepting orders in December because we were worried that the vouchers weren’t coming through. We had been signing people up since August but the first voucher didn’t arrive until January.”

By the beginning of February, 71,953 applications had been made, but just 22,165 vouchers had been processed to suppliers like Dan. He says it’s been a nightmare dealing with ICF, the American company hired by the government to run the scheme, who didn’t even get around to hiring managers for the Green Homes Grant project until the New Year.

The scheme makes ridiculous demands on companies and customers alike before vouchers will be issued and there are further hurdles before companies are paid for their work. Customers have to log on to a government portal and upload the certificate and warranty for the work they have had done – which may be straightforward for some households, but is next to impossible for people who don’t have internet access or the relevant computer skills.  And they are more likely to be households on low incomes or elderly people – the very people who are most vulnerable to fuel poverty.

Yet if they don’t do it, the company doesn’t get paid.

The Prime Minister’s claim that the Green Homes Grant was not being cut directly contradicts what the business minister Anne-Marie Trevelyan told another MP – that funding would be reduced from £1.5 billion this year to £320 million for 2021/22, on the grounds that the original funding was a “short-term stimulus”.

Compare that to the commitment in the 2019 Conservative Party Manifesto to invest £9.2 billion in improving the energy efficiency of homes and public buildings.  Or the recommendations of the Climate Change Committee’s Balanced Net Zero Pathway that there should be £55 billion of investment in home energy efficiency by 2050.

With buildings accounting for nearly a fifth of UK carbon emissions, retrofitting homes is an essential part of action on climate.  It doesn’t need a “short-term stimulus”. It needs long-term government commitment and a scheme which encourages people to insulate their homes, rather than puts them off.

There is so much that the Government could and should be doing, which I set out in an Early Day Motion I’ve tabled in Parliament.  Ambitious investment in home retrofits could create half a million jobs over four years and make a major impact on emissions. There should be a tax incentive in favour of retrofits, removing VAT on energy saving products and refurbishment costs which reduce emissions, shifting the higher VAT rate to new build schemes unless they meet the highest energy efficiency standards.

The indecision and mixed messaging about the Green Homes Grant is a deeply worrying sign of the Government’s lack of commitment to the scale of what’s required to tackle the climate emergency. There needs to be clarity and long-term commitment, and we need to hear it in next week’s Budget.

Dan will be among those listening.  “March 3rd is my son’s birthday,” he told me.  “Depending on what the Chancellor says, I may be able to get him a present or I may have to tell him we’re losing our home.”