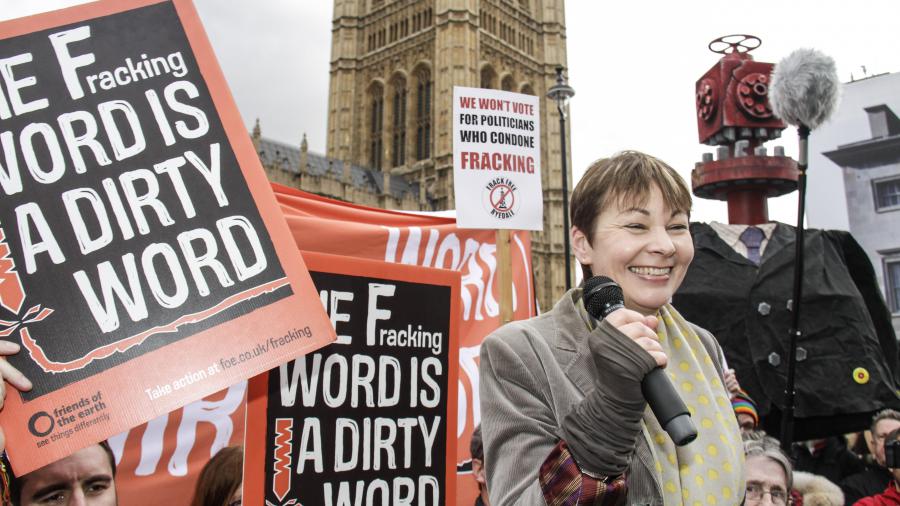 Government set to ‘imminently’ decide on fracking in North Yorkshire
Wednesday, October 18, 2017
*Minister confirms to Caroline Lucas that an application on fracking in Ryedale is currently with the Government
The Government has confirmed that it has received an application for hydraulic fracturing consent for Third Energy’s wellsite in North Yorkshire – and a decision is set to be made imminently.
In a response to Parliamentary Question from Caroline, a minister in the Department for Business, Energy and Industrial Strategy said that an application for hydraulic fracturing consent for the KM8 wellsite in Ryedale, North Yorkshire, had been received [1]. This is the final consent needed by Third Energy to frack the KM8 well at Kirby Misperton. The company has said it expects to complete the fracturing operation by Christmas.
In response to a second parliamentary question ministers also refused to say whether they would consult parliament or the public ahead of decisions on fracking licenses. [2]
Caroline, the co-leader of the Green Party, has submitted a further [3] question to establish when the fracking submission was received by the government.
Commenting on the imminent decision by the Government, Caroline said:
“This imminent decision on fracking in North Yorkshire is a watershed moment. If the Government is serious about tackling climate change and protecting our natural world then they will reject this application and stop the dangerous dash for gas.
“Ministers are keen to brag about their ‘green’ credentials, but their warm words can only be taken seriously if they put a stop to destructive plans to rip up the countryside in pursuit of the fossil fuels that we know will condemn us to climate breakdown.”
ENDS
[1] https://www.theyworkforyou.com/wrans/?id=2017-10-10.106966.h&s=fracking
[2] https://www.theyworkforyou.com/wrans/?id=2017-10-11.107214.h&s=fracking
[3] To ask the SoS for BEIS, pursuant to PQ 106966 on Fracking: Ryedale when the application was received; when the Secretary of State expects to make a decision; if he will publish his assessments prior to making the decision; and if he will make a statement.