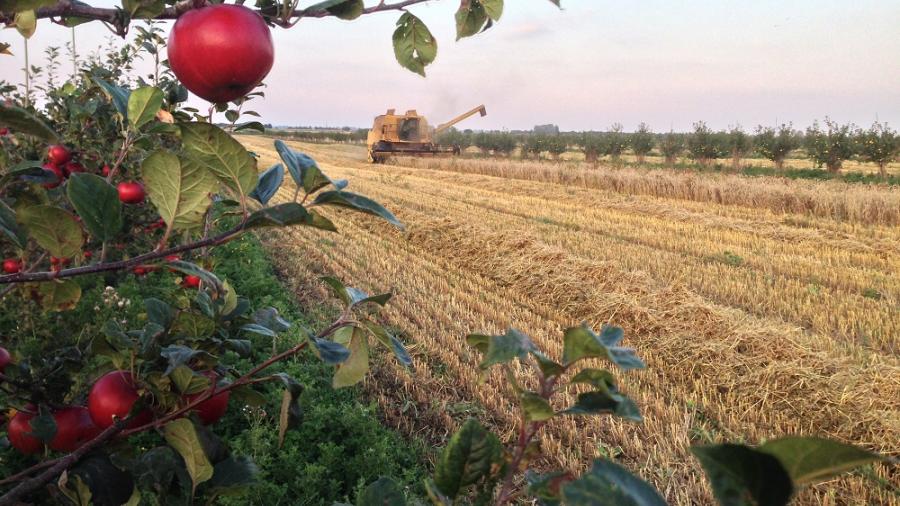 We’re less than a month after an election campaign that saw an onslaught of misleading statements and a dramatic slide towards post-truth politics and public debate.

We’re less than a month before the UK formally leaves the EU, even if nobody actually believes that Brexit will be “done” at that point.

Climate inaction is already one of the biggest casualties of Brexit - and we have a protracted and perilous process ahead. This is the context in which I’d like to share some thoughts on the political situation and to identify my top 3 policy priorities related to what the climate emergency means for food and farming

Conversations and collaboration between food producers, politicians and policy makers are more important than ever.  Your expertise and experience - and your inspiration – is invaluable.

On net-zero, my starting point is that the UK should get there by 2030.  2050 is in line with neither science nor equity.

But targets don’t cut carbon – policies do.  Getting ambitious policies in place, that lead to real change, starting right now, is the top priority.   Even for net-zero by 2050, climate delay is almost as bad as climate denial.

As Bill McKibben says, winning slowly is the same as losing.

I’d argue that we need an overarching Green New Deal for food and farming, designed to deliver a 10-year transition to agroecology.  This means incentives, regulation and funding all being designed to help farmers work with nature - not against it.  It means government aiming explicitly for every single farm to be involved in the great agroecological transition.

As part of that, there are three priorities that I’d pick out:

The new farm payment system must incentivise, enable, and ultimately require, farming and land management that maximises carbon storage. Tree planting gets the most media and political attention. To that, I would add hedgerows, natural regeneration, and the mainstream adoption of agroforestry.   As the Guardian recently reported, UK peatlands store far more carbon than UK forests – 5.5bn tonnes, compared with 150m tonnes. Net-zero demands just as much action on soil as on trees. That includes agricultural soils as well as peatlands, and wetlands too.

Any minister serious about soil carbon would not ignore the problematic role of agrochemicals - pesticides, herbicides and fungicides as well.  If you accept the need for healthy, living soils for carbon storage, biodiversity and fertility - surely you design your policies to minimise inputs that exterminate that precious biological life?

Second, policies for ‘less but better’ meat and dairy.

We can’t just pretend that the IPCC call for ‘rapid, far reaching and unprecedented change’ in all sectors somehow means business-as-usual for the livestock sector.  So we must make ‘less but better meat’ a pro-farmer and pro-farming proposition.  We all have a responsibility to shift the debate away from polarisation and division. It’s incredibly encouraging to see farming organisations within the Eating Better coalition, advocating for a 50% reduction in meat and dairy consumption in the UK by 2030.

Public procurement is rightly highlighted as one policy that should be a relatively easy and quick win.  The public sector can and should be leading the way on climate and nature-friendly diets – demonstrating how such diets support British farming and contribute proactively to that great agroecological transition.

The importance of rewriting the economic rule book and adopting new metrics of success cannot be overstated. This applies both to the economy as a whole, and to the food and farming sector.

The UN’s global assessment of nature last year should be a wake-up call for those still fantasising that pursuing infinite economic growth on a finite planet is compatible with tackling the climate or biodiversity crisis.

It states unambiguously that we must steer “away from the current limited paradigm of economic growth” and “shift beyond standard economic indicators such as gross domestic product”.

As Greta Thunberg told world leaders at the UN in September: “We are in the beginning of mass extinction, and all you can talk about is money and fairy tales of eternal economic growth”

At a national level, we must urgently move away from consumption and GDP as measures of economic success - towards indicators that measure ecological health and human wellbeing instead.

My question to you is: what does that shift look like applied to the food and farming system?

What if we design new farm policy to deliver value not volume, diversity not monocultures, people nourished per hectare not tonnes of yield?

You are much better placed than I am to decide what those metrics should be - but it seems vital that we get them right.

In conclusion I want to emphasise what a crucial role you all play – particularly with your leadership by example.

We can also hold ministers to account on manifesto pledges on farming and climate – not least on trade deals.  And we can push the government to go further – a 10 year transition to agroecology is what we need, so that is what we must demand.  Many of you may have Conservative MPs. Your influence as constituents - as well as campaigners - cannot be overstated.

Please make the very most of this opportunity - and I look forward to working with many of you over the coming months.